Youth Compete in the Round Robin Showmanship Invitational

After a long, yet exciting, two weeks of livestock shows, performances, fair food, rides, lights, fireworks, contests, and 977,256 people attending, the N.C. State Fair ended. For livestock show participants, there was definitely a sadness that the it was over, and also a bit of relief too. Perhaps now, they could relax a bit. It had been a long few days of competing for exhibitors, and even longer months preparing for the shows. However, for a select few youth, the competitions weren’t over.

Yet, there was still one more contest held on that weekend—The Round Robin Showmanship Invitational. This competition invites the senior Grand & Reserve Champion swine, cattle and sheep showmen along with the senior Grand Champion Doe & Market Kid showmen from the N.C. State Fair to compete against each other in a showmanship show down. 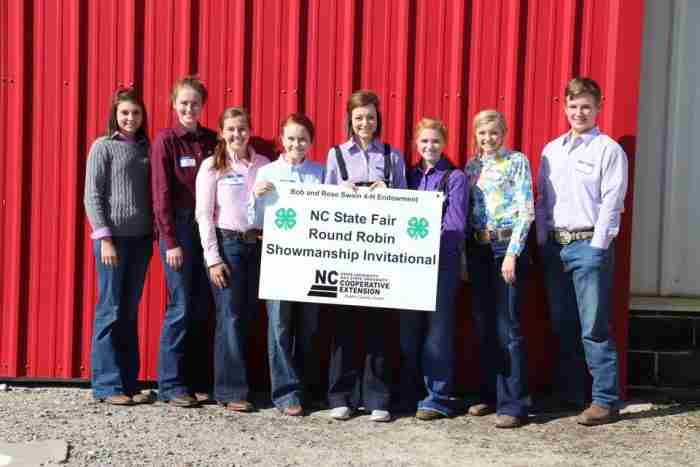 Each competitor must show all four species—swine, cattle, goats, and sheep. Exhibitors drew numbers from a hat and showed the animal with that number on it the whole event. Those animals are provided to the participants. Although competitors may be the top showman in their respective species, this contest tests their overall livestock knowledge and showmanship skills to determine who is the most well-rounded showman.

Some competitors have only ever shown one species at the N.C. State Fair, while others have experience showing multiple species. Nonetheless, none of the competitors have had the opportunity to show the provided animal. This can be a big deal for showman. They spend months working with their getting to know them and creating a bond. This isn’t an option in the Round Robin contest. Rather, competitors are tested on their abilities to handle livestock and what their overall understanding of livestock behavior is.

There is also the additional challenge that not all species are shown the same way. Pigs and lambs aren’t shown with halters. Pigs are also not “set up.” The goal is to keep them moving and show how well you can maneuver them. Cattle use a show stick to move their feet and scratch their bellies to keep them calm. Cattle are also a lot larger than the smaller species. There are also the differences of how the showman should stand or move around the animal. It is different for every species. 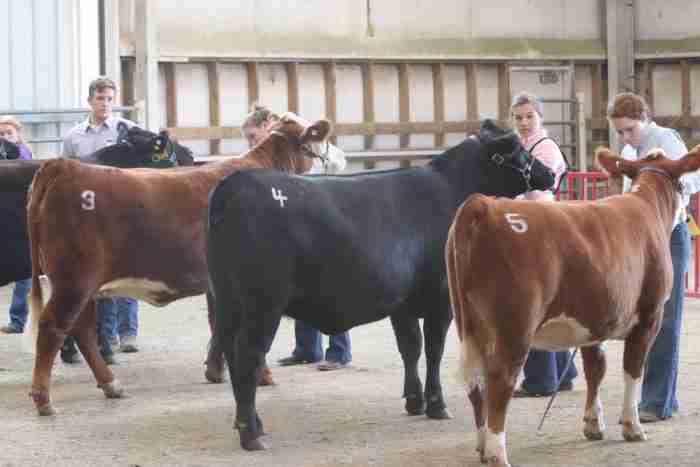 Competitors were required to bring show ring supplies (whips, brushes, show stick, etc.), but cattle and goat halters were provided. All participants were also given refreshments and participation prizes.

Two judges independently awarded points in each round (cattle, sheep, goats, pigs), for a total of 200 points. The individual with the most points was awarded the champion title. Hailee Whitehurst was the N.C. State Fair market goat showmanship champion representative and won grand champion at the Round Robin. Cynthia Connolly, N.C. State Fair market lamb showmanship champion showman won reserve champion at the Round Robin. 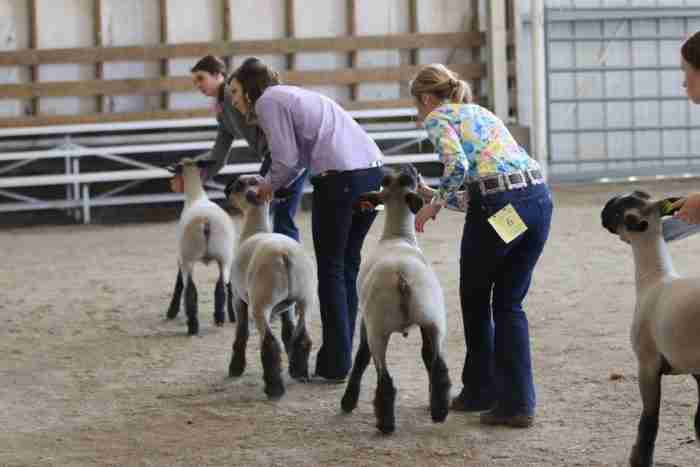 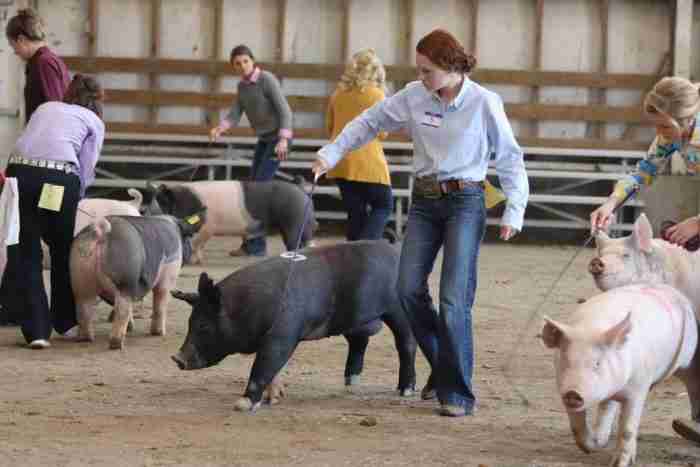 Kudos to those who participated in the Round Robin for stepping out of their comfort zone, trying something new, and expanding their livestock showmanship knowledge. Thanks to those who make this event happen!

The event was funded by the Duplin County Bob and Rose Swain Endowment.