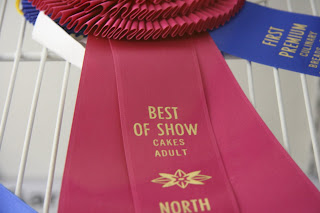 Southern Living readers love their state fairs, especially the N.C. State Fair! Southern readers (from Delaware to Texas) voted the N.C. State Fair as number two in the Best Fair or Festival category in the annual reader’s choice awards, which were announced in the January issue. We did come in second behind the Texas State Fair, which is the largest fair in the country. (The saying “Everything’s bigger in Texas is true…their State Fair lasts almost a month! A feat that we have no desire to copy.)

We want to say thank you to all the fairgoers who voted for us. We are humbled and hope that we continue to improve and meet your expections for the Best Fair or Festival.

In a side note to that, we were also included on the Top 50 Fairs list, as ranked by Matt’s Carnival Warehouse, a carnival industry Web site. The State Fair came in at number 24 in the nation, based on attendance.