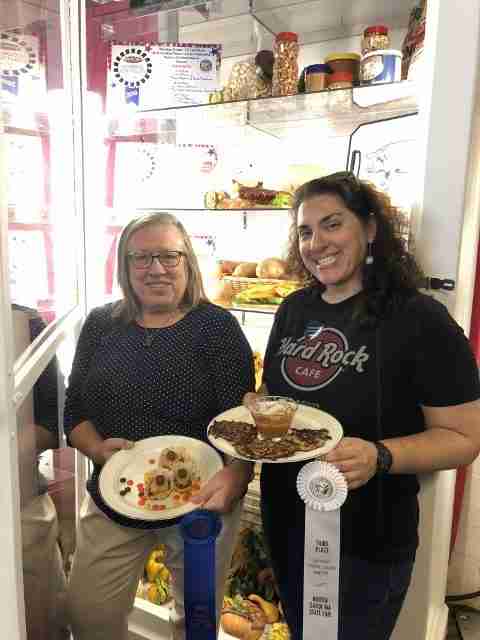 Mary Boury returned to the N.C. State Fair to mark something off her bucket list – competing in the Special Cooking Contests .  It paid off on opening day with a first-place win for the N.C. Peanut Growers Association recipe contest and a third-place win in House-Autry Mills Cornbread Challenge.

Boury is originally from Girard, Pa. She moved here years ago because her daughter lives here and she became a regular at entering cooking competitions at the fair. “Mary moved back to Pennsylvania a few years ago,” said Lisa Prince, special cooking contest superintendent. “We haven’t seen her in the shows for a few years. When I saw her name back among the recipes we were so excited. That’s when she told me it was on her bucket list to come back one more time.”

Her Peanut Butter Cup Greek Baklava was a favorite with the judges and earned the $200 and blue ribbon. Each recipe had to put a creative spin on an international dish, using at least a half-cup of peanut butter and/or fresh peanuts.

Check out Mary’s first-place recipe below: