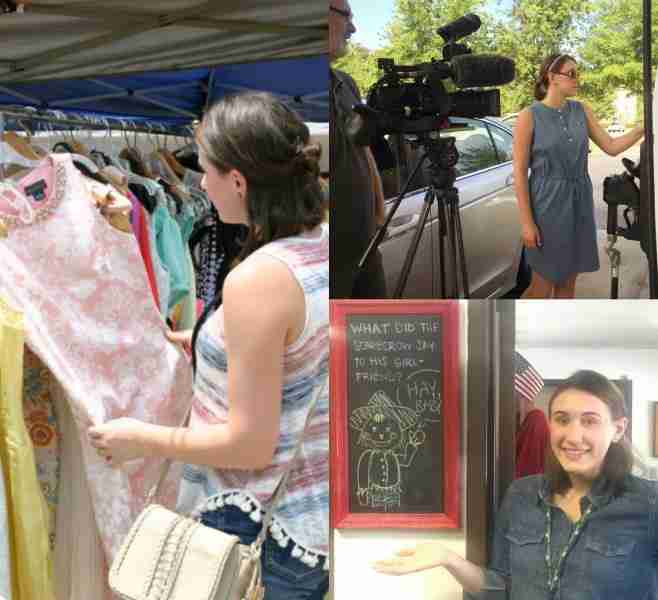 I hope I don’t offend any of my fellow state government interns by saying that I definitely had the best internship this summer. The N.C. State Government Internship Program places around 100 interns in different state government departments, and I’m sure I hit the jackpot with my internship in the N.C. Department of Agriculture and Consumer Services’ State Fair Division.

I interviewed world-class acrobats, learned about the history of the 163-year-old fair and wrote a story on ice cream (taste test included!) during my time as an intern. I also honed my skills as a writer thanks to Merrie Go Round and Flying Bob, shadowed Funhouse during a video shoot and managed a grassroots high school ad campaign. I don’t even know how I’ll manage to fit all of this on my resume.

The entire experience has shown me the concrete meaning of a concept I learned about in journalism class: “mental maps.” Journalism theorists claim that every person has a “mental map” of their world – not just geographical, but social, spiritual and informational. A journalist’s job is to fill in readers’ mental maps so that they can better understand the world.

This internship has greatly expanded my mental map as well as shown me what it means to expand those of my readers. My mental map of everything from state government to our state’s agricultural industry to the fair itself has transformed from a basic black-and-white sketch to a richly colored, detailed map. And now I have a real-life example of writers filling in their readers’ mental maps because of the public affairs team at the NCDA&CS. They work hard to educate North Carolina’s residents, in both urban and rural areas, about issues relating to their safety, access to food and more.

That’s why I feel so lucky to have worked as an intern for NCDA&CS and the fair. As a college student, this experience in what they call the “real world” has been invaluable. I don’t know exactly what I want to do when I graduate in 2018, but I know I want to work with people like the public affairs team here at the N.C. Department of Agriculture and Consumer Services.

I'm Wildflower (a.k.a Evie Fordham), and when the middle of October rolls around every year, you'll most likely find me strolling through the gardens, admiring the blue ribbon flowers, and sipping on lemonade at the State Fair. I'm having fun as a summer intern writing and researching about this North Carolina tradition!
View all posts by Wildflower →