Funhouse May 4 May 4Got to Be NC Festival 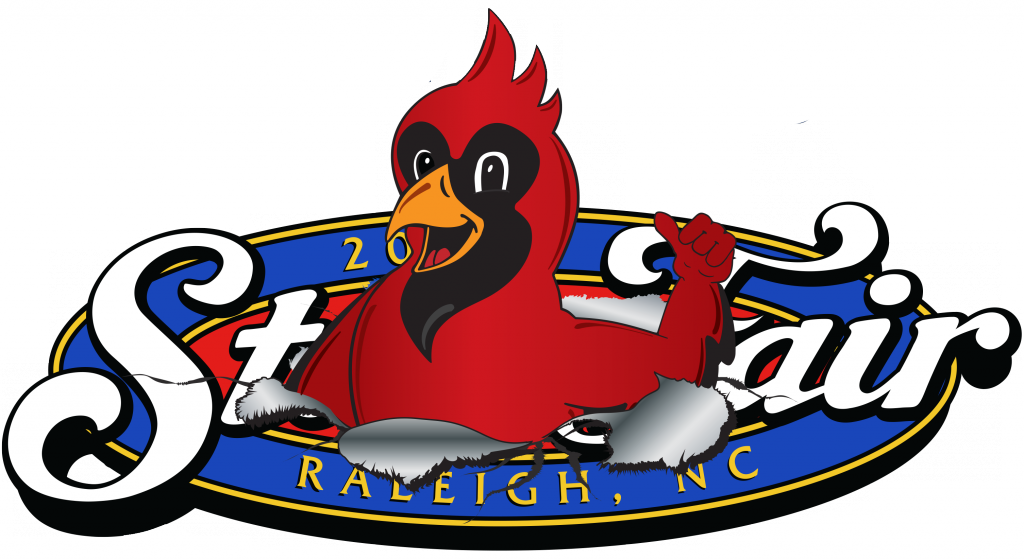 Casey Cardinal will represent the fair at promotional events and during the annual N.C. State Fair. He will begin high-fiving children and posing for selfies this month.

Some seasoned fairgoers might remember Casey’s predecessor from the late 1960s and early 1970s. A few lucky fairgoers might even have a couple of souvenirs from the original Casey’s heyday. We have a few lying around the Agriculture Building in downtown Raleigh, including a key chain and cup featuring the mascot. 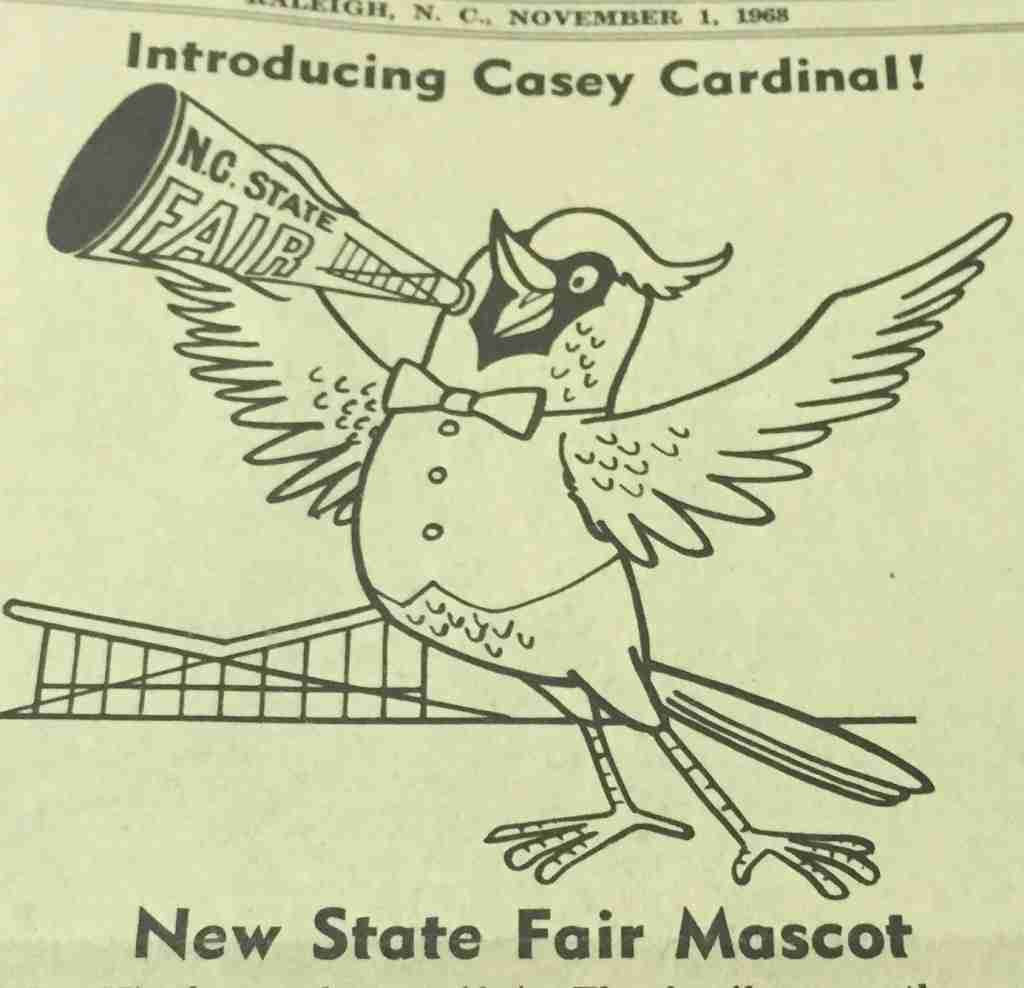 1968 version of Casey Cardinal from the Agricultural Review

According to The Agricultural Review, Hinshaw and her husband, along with sons Jack and David, were treated as red-carpet guests at that year’s fair. The family joined Gov. Dan Moore for lunch at the Sir Walter Hotel and toured the fairgrounds with Miss North Carolina.

Where has Casey been all the years? We like to think he has been traveling the world attending fairs and festivals. But now he’s back, ready to represent the N.C. State Fair, and in his spare time, meet some of the other mascots in the area – especially his neighbors Mr. and Mrs. Wuf and Stormy from the Carolina Hurricanes. With baseball season in full swing – maybe he will even get out to visit Wool E. Bull and Muddy the Mudcat.

Casey will be in great company when it comes to fair mascots. He’ll have his gopher buddies, Fairborne and Fairchild, at the Minnesota State Fair, Thummer the Pig at the Los Angeles County Fair, pelican Seymour D. Faire representing the Louisiana State Fair and, of course, Big Tex at the State Fair of Texas.

We thought a good way to get to know the fair’s newest employee was to ask him a few important questions. Casey’s top 10 answers and questions are below:

1.    Favorite fair food? I love ALL the food at the N.C. State Fair, but my favorite would be roasted corn – with a side of Al’s French Fries.
2.    Favorite ride? Ferris wheels and the giant slide.
3.    Favorite month? October of course!
4.    Favorite color? Red (Cardinal red)
5.    N.C. State, UNC or Duke? Which one’s your favorite? This bird doesn’t get in the middle of that!
6.    Beach or mountains? I like the mountains. Especially to go visit my friends at the N.C. Mountain State Fair every September near Asheville.
7.    Can you square dance or clog? This bird’s been known to have a few moves. But I prefer to watch at the N.C. State Fair’s Folk Festival.
8.    Elvis or the Beatles? I like both, plus a lot of other great musicians, particularly the ones that call North Carolina home.
9.    Favorite song? Nothing could be finer than to be in Carolina at the State Fair. I know all the words.
10.  What do you like to do in your free time? Watch YouTube videos of fairs and festivals around the country. Follow me on Snapchat at CaseyCardinal1 .

Stop by and meet Casey at the Got to Be NC Festival and take advantage of a great deal on tickets for this year’s fair. During “Casey’s Big Ticket Weekend,” 2,500 adult gate admission tickets to the 2015 N.C. State Fair will be on sale at the festival for the rock-bottom price of just $5. That’s the best deal you will find on adult gate admission this year. Ticket sales will be cash only and will be sold at the Dorton Arena Waterfall. Just look for the bright yellow, red and blue ticket booth. Tickets are first-come, first-served, and are limited to six tickets per person. The ticket booth will be open Friday, May 15, from noon-8 p.m.; Saturday, May 16, from 10 a.m.-8 p.m.; and Sunday, May 17, from 10 a.m.-6 p.m. Once all 2,500 tickets are sold, the ticket booth will close and the sale will be over.