This week we highlight rapper Vanilla Ice, whose album “To the Extreme” was released on Aug. 28, 1990. 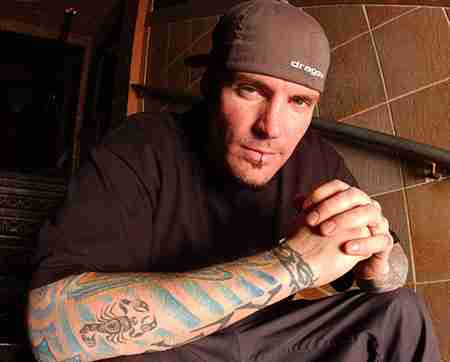 I envy Vanilla Ice. And not because he used a sample of a classic rock song to create one of the most infectious earworms of the past quarter century. Sure, I wouldn’t mind having a No. 1 hit and selling millions of records. And the guy had some pretty fly dance moves back in the day, too. But I envy Vanilla Ice because the guy has mad DIY skillz.

Ice (real name Rob VanWinkle) has become a successful remodeling expert known for his ability to renovate and sell homes in Florida. It’s a skill set he began developing — along with his music career — in his late teens and early 20s. His talents landed him his own show, “The Vanilla Ice Project,” on DIY Network.

I’ve watched the show a handful of times, and I’m impressed with his ability to transform these houses. Not only does he do a good chunk of the work himself, but he also encourages his team to stop, collaborate and listen. (Sorry, couldn’t resist that one.)

I’m not nearly as handy as Ice. (And I don’t cook MCs like a pound of bacon either.) At my house, every do-it-yourself project is an adventure. Just ask my wife. In fact, her preferred method for completing home-improvement projects involves obtaining recommendations for professional help.

Presumably, Vanilla Ice will not be remodeling Dorton Arena when he performs a “Throwback Thursday” show Oct. 16 at 7:30 p.m. Tickets cost $5 and are on sale here.

Now, back to the earworm. See the video for “Ice, Ice Baby” below.