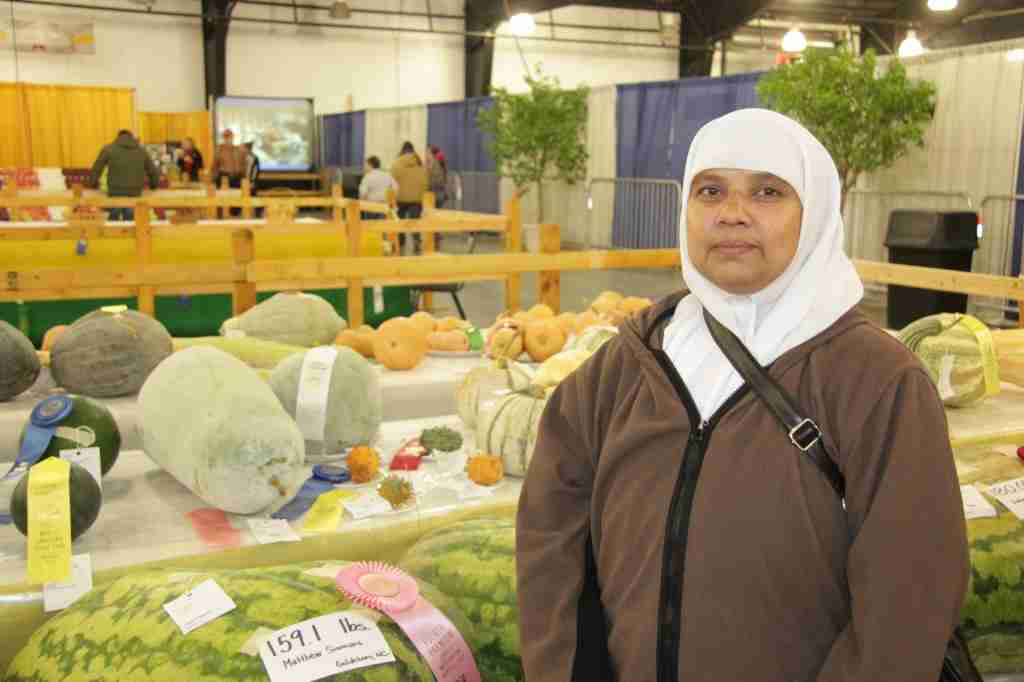 Nasima Hossain poses next to some exotic vegetables that were entered from her family's garden.

Seeing the variety of fruits, vegetables and flowers submitted by Nasima Hossain, you would think she lived on a farm instead of in the city. It took four van loads to deliver her 170 entries in the horticulture and flower and garden competitions at the fair, according to workers in the horticulture area. Hossain has lived in Raleigh for 16 years and has entered competitions at the State Fair for the past 10 years. 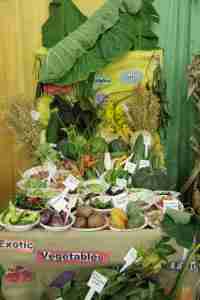 Hossain is from Bangladesh. She and her family grow more than 30 different types of vegetables, many of which are exotic or native to Southeast Asia, such as winter squash, Malibar spinach, grain amaranth and African horned melons. They stressed that growing their own food is the best way to a healthy diet and allows them the opportunity to pass on some of their native culture to their three children, at least one of whom has also entered State Fair competitions.

Hossain and her family also entered the inaugural market display competition, where they displayed around 30 different types of fruits and vegetables they grow. They placed fifth.

This year she won 36 ribbons, a mixture of blue, red and white. Three blue ribbons came from the flower show — for a dwarf orange marigold, a crested celosia and the Around the World-themed garden, which alone came with a premium of $750. She also won a blue ribbon for root vegetables in the horticulture competition. Overall, her four van loads of entries won $1,109 in premiums.