Many find the recent rain that has flooded the Triangle to be annoying, but Mike Lowe isn’t bothered. The rain hasn’t affected his prize-winning garden.

The longtime gardener has been winning North Carolina State Fair ribbons for his plants for the past six years.

Lowe’s love for the garden began as a child when his grandmother gave him a small potted cactus to take care of. Since then, his expertise of plant life has grown and now includes perennials, annuals and foliage shrubs.

Though he’s always been a gardener, Lowe’s decision to exhibit his plants at the fair happened only a few years ago. After seeing the flower and garden exhibit, he thought to himself, “I could do that.” The next year, he entered a cactus and several other small potted plants and took home a handful of ribbons. Since then, Lowe has been more adventurous in his entries at the fair with great success. Just last year, he entered a garden exhibit for the first time, which earned him a second-place ribbon. 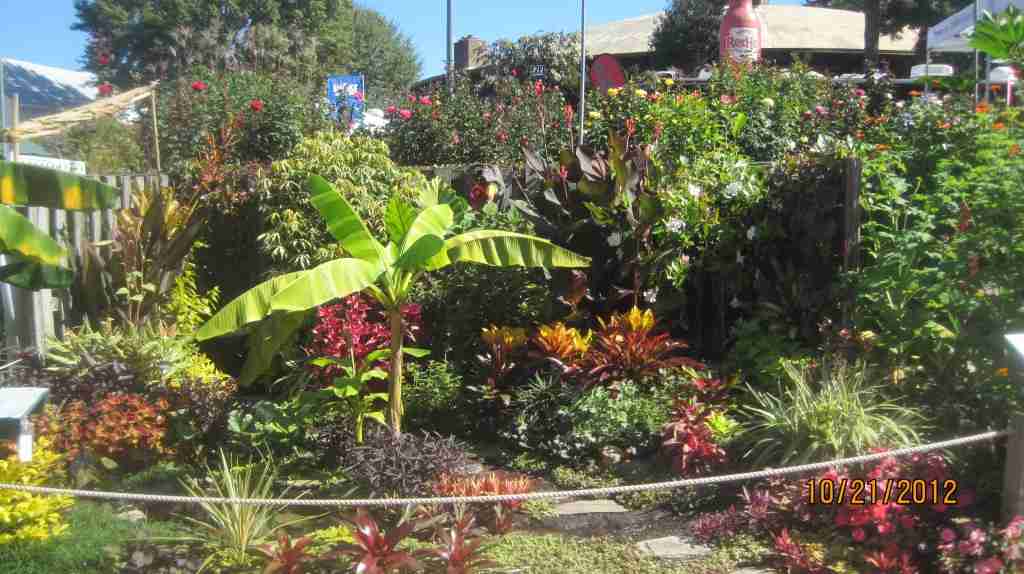 Despite his spotless record of entering at the fair, Lowe says there’s always something to be learned. “Every year, you learn a little bit more, and you just have to keep notes.”

For those looking to enter their flowers in the fair, Lowe advises a strict routine of planning ahead, taking notes and spending time.

In addition to this formulated routine, Lowe has also picked up several tricks for weathering the storms, pruning perfect blooms and having fun.

Although the recent rainfall has provided good nutrition for all of his plants, the wind and rain drops can be physically damaging. To avoid such disasters, Lowe stakes his plants early so that none of them are droopy after the storms.

Lowe also mentioned that he’s learned a lot about pruning over the years. It’s important to prune bushes back to get their second blooms for the fair, but knowing when to prune can be tricky. To ensure perfect blooms and avoid problems in October, Lowe suggests staggering the process. For example, he has several butterfly bushes in his garden, and he prunes a different one each week. This way, when it’s time to enter the branches into the Fair, he will have at least one bush that is perfectly in its prime.

No matter how much or how little you know about gardening, Lowe encourages everyone to enter.

“Go for it, but do it to have fun,” he said. “If you enter because you want to beat out other competitors, you won’t have fun and you’ll be miserable.”