With more than 10 million album sales, 30 Billboard Top 40 hits, five No. 1 singles and four Grammy nominations, Trace Adkins is a country music superstar. He blew me away when I saw him perform at the Grand Ole Opry, and I can’t wait to see his show at the State Fair on Oct. 25.

The Louisiana native with the powerful baritone voice released his first album, “Dreamin’ Out Loud,” in 1996, producing  several hit singles including “Every Light in the House,” “(This Ain’t) No Thinkin’ Thing,” and “I Left Something Turned on at Home.” Ten studio albums followed, with nine earning gold or platinum certification. With such hits as “Ladies Love Country Boys,” “Hot Mama,” “Honky Tonk Badonkadonk” and “You’re Gonna Miss This,” Adkins’ songs have showcased both his sensitive side and a sense of humor. 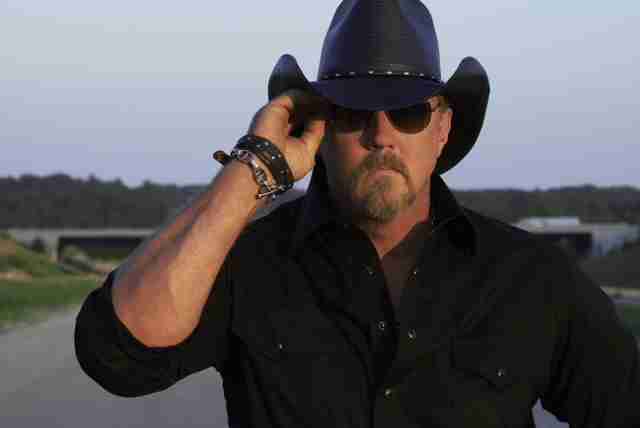 He has earned numerous awards, including the Academy of Country Music Single of the Year in 2009 for “You’re Gonna Miss This,” and Country Music Television’s Collaborative Video of the Year Award in 2010 for “Hillbilly Bone” with Blake Shelton.

Offstage, Adkins has carved out a movie and TV career that has included reality TV shows (“The Celebrity Apprentice” and “All-Star Celebrity Apprentice”), animation (a voice over on “King of the Hill”), soap operas (“The Young and the Restless”) and movies (“The Lincoln Lawyer”).  Adkins is a member of The Grand Ole Opry member, and serves as a spokesperson for the Wounded Warrior Program and the American Red Cross. He has also been strong supporter of the USO, performing on seven tours.

Adkins will be performing in Dorton Arena on Saturday, Oct. 25, at 7:30 p.m.
Tickets are $17, and good seats are still available.