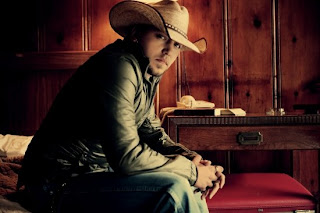 When we announced the concert lineup last week, we left two dates intentionally blank. This has created quite the stir among Dorton Arena concert lovers, who have had plenty of suggestions for who we should get to perform those nights. Sorry to disappoint, but we actually have artists booked for those nights, but are under contractual obligation to hold off on announcing those acts until a later date.

For those of you who have weighed in, we can tell you a few people who are not filling those spots: Clay Aiken will not be at the Fair, Daughtry will not be at the Fair, Miranda Lambert will not be at the Fair, nor will Alan Jackson or Gary Allan be performing at the Fair.
The assistant State Fair manager, Mike Pleasant, has done a great job getting in higher profile acts, but it’s getting a bit harder these days. The increased competition with other venues in the area and the large tours cuts down on people who are available. Many artists, such as the Christian rock band Third Day, are coming through town earlier in the fall and don’t want to return to the area so quickly. (Nothing against the area, but they don’t want to compete against themselves, so to speak.) However, not everyone has that theory. (hint, hint.)
It’s also difficult to find artists in the price range that can play the fair. One particular artist was about to sign a contract when she got a competing offer to play the FFA National Convention for about $75,000 more than we were offering. Needless to say, she chose the national convention, but hey, who can blame her? But that’s an example of what we’re up against.
Thinking back, the Fair has been a great place to see up-and-coming artists throughout the years. Garth Brooks performed at the 1990 State Fair, less than a year after his record debut. Clint Black also performed in 1990, also a year after his debut album was released. Alan Jackson performed in 1991. In 1992, Trisha Yearwood performed and the 1993 N.C. State Fair brought Alison Krauss and Union Station.
Of course, there’s been plenty of artists who played the fair and never made it big. But, we’ve got a pretty good track record.