Home 2013 N.C. State Fair The Village of Yesteryear comes together

The Village of Yesteryear comes together

Since 1951, the Village of Yesteryear has been part of the N.C. State Fair, showcasing heritage crafts by local artisans. Inside the Holshouser Building, the village is taking shape as craftsmen work to set up their booths. 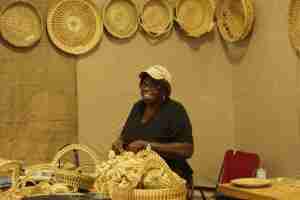 A basket weaver in the Village of Yesteryear prepares for the fair to begin. 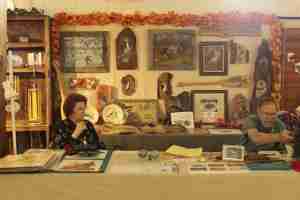 Duane Raver and his wife Mary are ready for fairgoers at their wildlife art booth. 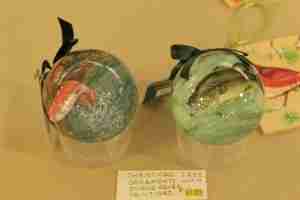 Ornaments painted by Raver include a rainbow trout and bass fish.

This year, the Village of Yesteryear also welcomes newcomers such as Mary Phillips and Hazen and Kate Alward. Phillips, a former sketch artist for JC Penny, is showing her pressed wildflowers. The Alwards will have hand-carved toys and household items.

The Village will continue to focus on N.C. heritage while making old things new, starting with the 18th-century loom. On the final day of the fair, the Village of Yesteryear loom will be dismantled to undergo restoration. The restoration is expected to cost $2,000 and the Village will be taking donations during the fair. 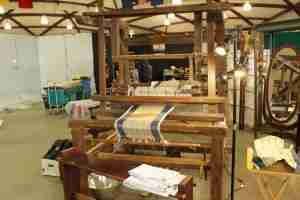 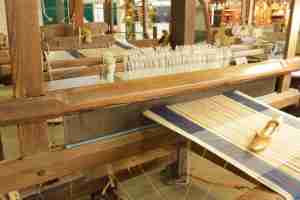 The loom is working and will be used during demonstrations throughout the fair.

In addition to hosting old and new artisans, the Village is gearing up to finish a commemorative quilting project. Students from 4-H and FFA groups have submitted quilt squares to represent 38 counties in North Carolina. Together, the squares will be quilted together in the Village to make one quilt celebrating the 160th anniversary of the first N.C. State Fair. The finished quilt will hang through the end of the year in the N.C. History Museum following the fair. 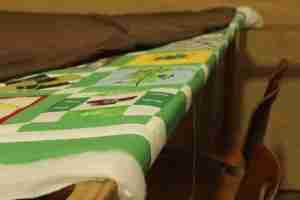 Work is continuing on the special State Fair anniversary quilt.