The State Fair’s blacksmith shop is new — and old 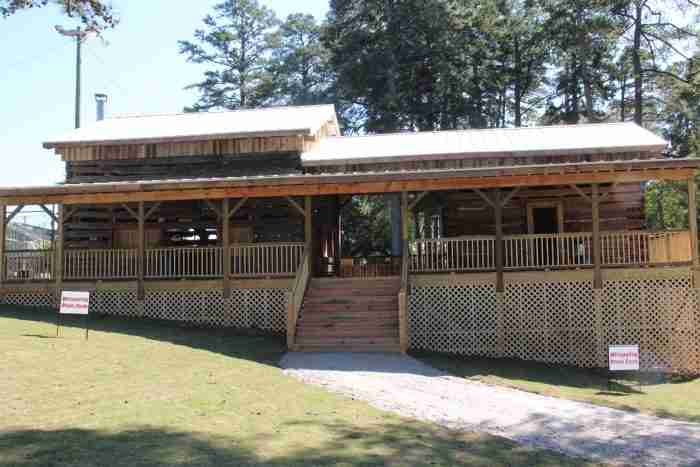 The N.C. State Fair’s newest building is actually quite old.

The new blacksmith shop, a replacement for the one that sat in Heritage Circle since the late 1980s, was built with wood from two barns, each more than a century old. Agriculture Commissioner Steve Troxler donated the barns, which he bought from a family in Guilford County five years ago.

“I had seen how bad the old blacksmith shop looked and I knew it needed to be replaced,” Troxler said. “One morning I woke up thinking this would be a good use of the buildings I had. They turned out to be a perfect fit.” 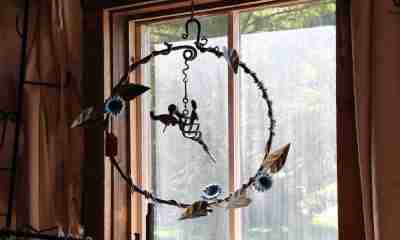 Pieces like this are for sale at the Heritage Forge blacksmith shop during the State Fair.

The buildings were disassembled and the logs moved to the fairgrounds, where they were put back together to form the “new” building, which is about 2,100 square feet in size. The Heritage Forge, as the blacksmith shop is known, is a dog-trot style, consisting of two rooms — a demonstration area and a sales area — connected by a breezeway. A porch spans the length of the structure.

The demonstration area is constructed of wormy chestnut logs estimated to be more than 200 years old. The logs originally were used as a feed barn, Troxler said. The sales area was constructed from pine that came out of a tobacco pack house dating to the early 20th century.

The reclamation project also extended to the flooring on the shop’s porch and in the sales area. It’s red oak salvaged from Duke Forest and Meredith College. It was milled by Whispering Pines Farm in New Hill.

The demonstration area contains a double forge, which state and local blacksmith guilds will operate during the fair.

“The blacksmith shop is the next phase in our continued development of Heritage Circle, where fair patrons can learn about the history of rural North Carolina and enjoy a quiet place on the fairgrounds,” said Kent Yelverton, director of property and construction with the N.C. Department of Agriculture and Consumer Services, which runs the fair. “The blacksmiths will have the opportunity to use the building throughout the year for meetings and training as part of their mission to keep people interested in the art of blacksmithing.”