Home 2018 N.C. State Fair The State Fair Behind the Scenes: Meet the Intern

The State Fair Behind the Scenes: Meet the Intern 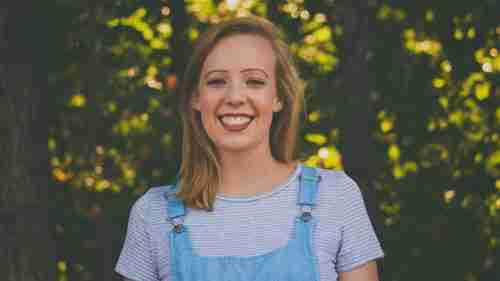 I’m Molly, but you can call me Teacup – nicknamed after my favorite fair ride. I’m a rising senior at UNC-Chapel Hill studying media and journalism, and I’m just starting the second week of my summer internship! While I may not be an expert on agriculture, fairgrounds events or fried Twinkies yet, I’m fascinated by all the work that goes into everything from designing logos and advertisements to promote the fair beforehand to communicating with local vendors to bring that North Carolina goodness straight to the attendees.

As far as the fair goes, anyone who knows me would gladly vouch for my adoration. Last fall, I had the incredible opportunity to study abroad in London, and despite being surrounded by the beauty of the Thames skyline and an endless supply of fish and chips, I may have shed a few tears come fair season. But oddly enough, what interests me most about the State Fair actually stems from the affinity I have for travel and international cultures.

Three days before my internship began, I was fighting jet lag on a plane home from Hong Kong after spending two weeks in China visiting various marketing companies and media outlets for a global immersion class. While visiting diverse places has been eye-opening on many levels, if I’ve learned anything from traveling, it’s the fundamental similarities in humanity. I’ve made friends from the Netherlands to Denmark to Portugal, and even with our immense cultural differences, we were always able to connect and learn from one another.

I feel the same rudimentary sense of community in the State Fair. Our state is full of diverse cultures and perspectives, and the fair always manages to bring smiles to strict businessmen and carefree children alike by whimsically celebrating our primal similarities through adorable animals, delicious food and animated rides – all with a good ol’ Southern twist.

One of my favorite examples of this was during my first semester at UNC when I took my new friends to the fair with me – not only because it’s one of the best bonding activities, but also because my roommate was from Rochester, N.Y., and I had a feeling she had never seen deep-fried pie before.

After riding the flying swings and munching on funnel cake, it was finally time for the main event. We all watched and documented the moment my roommate bit into a mac and cheese bacon burger, and saw her face light up with astonishment and euphoria. She immediately started describing an equally decadent dish near and dear to her heart, Rochester’s famous “garbage plate.” Times like these are unique to the environment that the fair fosters – a way to share a sense of pride for our state and appreciate others all the same.

Even though I’m Tar Heel born and bred, I don’t mind venturing into N.C. State territory for one of my favorite gatherings of different cultures and traditions in North Carolina. I’m so excited to share untold stories and celebrate the magic of one of the most treasured events of the year. Catch me on the teacup ride from Oct. 11-21!