Home Livestock Shows The road to the N.C. State Fair

The road to the N.C. State Fair 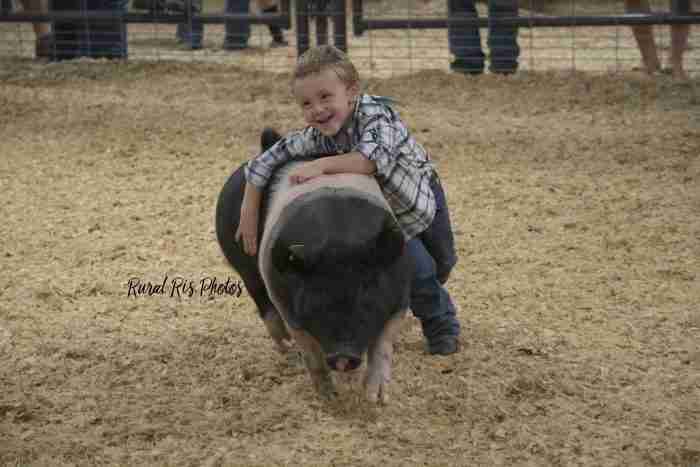 The countdown to the N.C. State Fair is dwindling. All of a sudden, we are in double digits, and September is almost gone. While many of us are anxiously awaiting the time when we can sink our teeth into all manner of fried foods, ride the Ferris wheel and see giant pumpkins, there are also those of us who are excited to head to the livestock barns for one of the biggest shows in the state.

Don’t get me wrong, I’m as excited for fair food (especially hush puppies and fried cheese) as the next person, but the State Fair also marks the grand finale of a long string of fall livestock shows, and I can’t help but get giddy thinking about the shows in Raleigh. 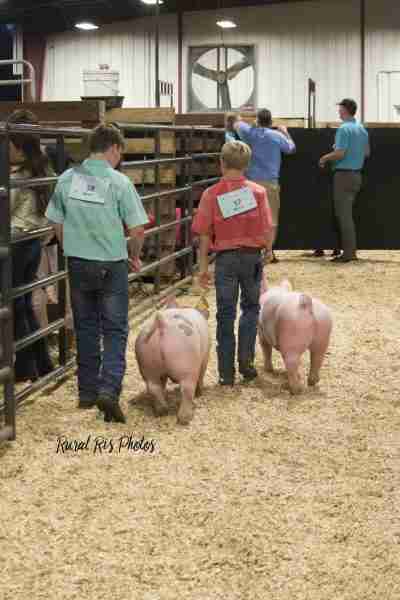 I’m getting ahead of myself, though. Before heading to the barns at the State Fair, many youth and their families — mine included — travel across North Carolina for circuit shows. Each species (heifers, goats, pigs and lambs) has its own circuit that allows youth to compete for the top spot and a belt buckle. At each show, youth are awarded points for how they place in showmanship. Those points are tallied up at the end to determine a champion in each age category and species.

All of this sounds simple enough, but after attending circuit shows for the past 14 years of my life, I can testify that these circuits are not a walk in the park.

They can get intense. Competitions is fierce, but at the same time, it is all friendly. Best friends have been known to go head to head for the buckle. If you’re like my brothers who are very close in age, they compete against each other every show. Do you know what that does to my poor momma’s nerves? It tears mine apart, I know. If that is not intense enough, every show brings a different judge with different opinions. The showman leading in points can quickly fall from the top spot just after one show. Nerves, bated breath and competition abound on the circuit. There is plenty of sportsmanship, laughter, friendships and hard work, too.

The circuit shows become a community, no, more like family. There are a lot of miles, late nights, early mornings and countless hours working at home. Somewhere along the way showmanship skills become polished, animals better behaved, memories made and friendships forged. After more than a month of circuit shows, both youth and animals are ready for the grand finale at the State Fair.

There are still several circuit shows left before check-in at the State Fair. The jury is still out on who will win the belt buckle. Animals are still learning how to stand and walk just so. Youth are still practicing their look and their stances. Parents are still standing on the sidelines, a bundle of nerves. It is all part of the road to the State Fair. Ready or not, though, we’ll be at check-in on Oct. 12 at the State Fair with our livestock, ready for the grand finale.

In the meantime, we will be packing the roads. We are coming for you, N.C. State Fair! Our eyes are on the fried food and the ring.