Home Fairgrounds Events The Hand of the Buyer Extends Beyond the Stroke of a Check: NC State Fair Sale of Champions

The Hand of the Buyer Extends Beyond the Stroke of a Check: NC State Fair Sale of Champions 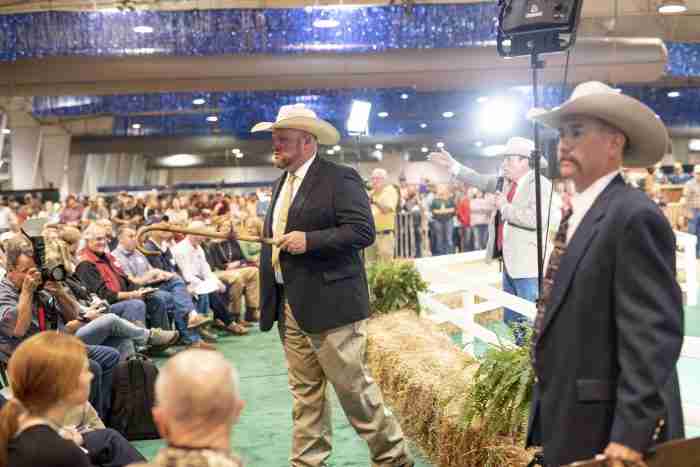 On October 13th, a record was set in the state of North Carolina. The NC State Fair Sale of Champions brought in a record-breaking number of $190,000. Buyers bought champion goats, sheep, steers, and pigs exhibited by youth at the fair in the auction. Although many a check was stroked, the hand of the buyer goes far beyond that initial check.

If a map of those affected by this Sale of Champions were created, there would be a web extending across the country. The hand of the buyer goes much farther than a raise for a bid or the stroke of a check. It touches lives everywhere.

The Sale of Champions is designed to benefit more than those who exhibited champion animals. It helps hundreds of youth every single year through scholarships and youth programs. Those checks written the night of the Sale, reach much farther than that night. They impact youth in a positive way long after the Sale.

Youth exhibiting the champion animal receive 60 percent of the purchase amount while the rest of the sale price goes towards youth scholarships and livestock educational programs in North Carolina. In the three years the scholarship program has existed, nearly $225,000 has been awarded to students. Scholarship recipients are chosen for their involvement in livestock shows at the NC State Fair, academics, a written essay, and extracurricular activities. 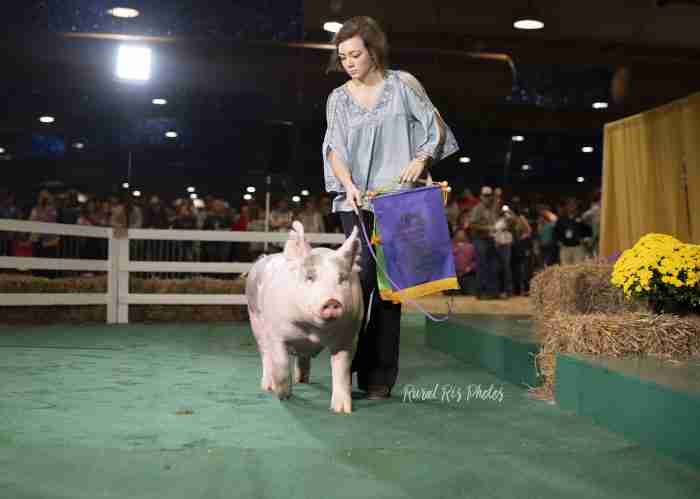 “This scholarship has allowed me to go the school of my dreams and be able to study one of my favorite subjects,” said Leanne Harward, a Chemistry—Pre-Pharmacy major from Richfield, NC.

For many individuals the youth livestock programs have been something they have been involved with their whole lives, and the fact that the program does not “abandon” them after aging out is huge.

“I’ve been showing livestock since I was three. That’s almost longer than I’ve been in school. As a PhD student, I’m grateful that the NC youth livestock program is still a part of my life. I’m beyond grateful,” said Garrett See, an Animal Breeding and Genetics doctoral student at the University of Nebraska-Lincoln and NC State Fair Scholarship recipient.

It isn’t just scholarship recipients, though. It’s hundreds of youth across the state that participate in youth livestock educational programs. From the mountains to the coast and even on a national level, buyers impact continues to help youth through livestock judging, skillathon, clinics, contests, and tours. 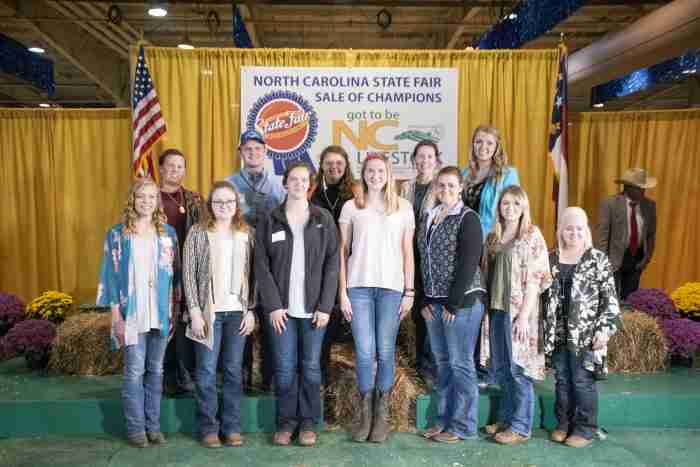 Thanks to the following buyers and purchases, youth involved in the NC youth livestock program is better:

In addition to these, a stockman’s cane was purchased by EBS Farms and Stanly Select Sale for $800. An art print was purchased for $10,000 by Wilhelm and Ingrid Volk. The proceeds of the art print will go to support youth in the livestock program affected by Hurricane Florence. Finally, $94,000 was raised during the purchase of truckload support auction which goes towards youth who showed at the fair.

So, dear buyers, your generosity and support are felt long after the night of October 13th. It is felt all year round, and for that, thousands of youth and parent’s voices rise to say, “thank you!”