The Deep Fried Crew is excited to introduce another group that is part of the “Homegrown North Carolina Concert Series.”

But, really, the Charlie’s Daniels Band is not likely to need much in the way of introductions. 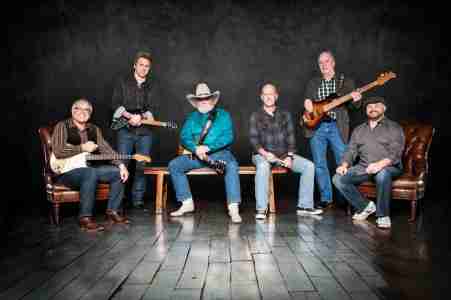 The Charlie Daniels Band will perform their country hits Oct. 24 in Dorton Arena.

The band is led by Wilmington’s own Charlie Daniels, who is a member of the Grand Old Opry, is a Grammy winner and has been inducted into the N.C. Music Hall of Fame. And Daniel’s biggest hit, “The Devil Went Down to Georgia” has been covered by nearly every musical genre, including Swedish techno/bluegrass band Rednex, the Muppets and Alvin and the Chipmunks. It has even been parodied in an episode of the television show Futurama.

“The Devil Went Down to Georgia” is a classic song, that blends Daniels’ country (think fiddles) and rock (think screaming fiddles) influences.

Daniels began performing music in the 1950s, and has been active in the industry for over 60 years. He practiced the fiddle and guitar, and played in several bands as a teenager before deciding to pursue music professionally. After a brief stint with the rock and roll group the Jaguars, Daniels formed the Charlie Daniels Band in 1970, joining the wave of Southern rock bands popular at that time.

The band enjoyed moderate success, but Daniels believed the musical landscape was changing and decided that the band should pursue a more clear-cut country sound. The change proved to be worth the risk in 1979 when the single “The Devil Went Down to Georgia” became a No. 1 hit, even crossing over to the top of the pop charts. The success of that song drove the album, “Million Mile Reflections” to  triple platinum status, and earned the band its first Grammy Award and three Country Music Association awards.

The band has since gone on to produce 30 studio albums, eight live albums and four compilation albums, and released 54 singles. Some of his other hits include, “Drinkin’ My Baby Goodbye” “Boogie Woogie Fiddle Country Blue,” “Simple Man,” “The Legend of Wooly Swamp” and “Still in Saigon.”

Through the years, Charlie Daniels and his band have developed a unique sound infused with hardcore country, rough Southern rock and blues. Even though the group has featured a rotating troupe of musicians, it has always stayed true to its reputation as a band of humble, good-old-country-boy musicians known for their instrumental talent and creativity.

The Charlie Daniels Band will be performing in Dorton Arena on Saturday, Oct. 24, at 7:30 p.m. Country newcomer Kasey Tyndall will open the show.