Home 2018 N.C. State Fair The bear, the myth, the legend: An interview with Smokey Bear

The bear, the myth, the legend: An interview with Smokey Bear

Smokey, how did you become an icon for wildfire prevention? 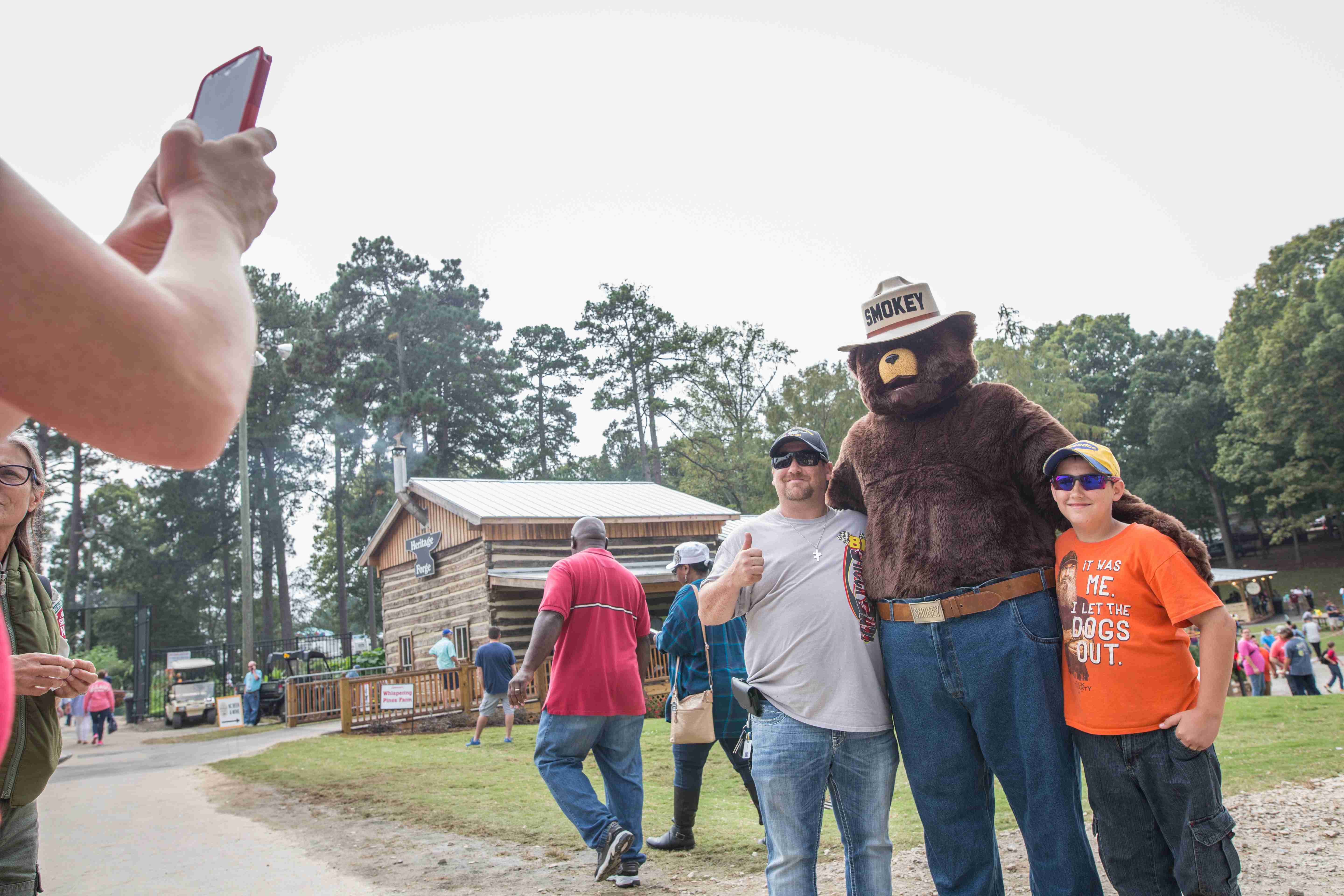 Smokey poses with two fans on the fairgrounds.

The idea for wildfire prevention started in the spring of 1942 during World War II. People were afraid they would start wildfires, and with so many off fighting the war, there were only a few folks left to battle the fires at home. The idea was to prevent as many wildfires as possible, so the Forest Service started the campaign with posters that read, “Forest Fires Aid the Enemy” and “Our Carelessness, Their Secret Weapon.’’ In 1944, Disney gave them permission to use characters from the film “Bambi” for one year. The poster was so successful that the program developed its own mascot. I came along on August 9 that same year, and was adopted as their spokesbear.

Who was the first person to draw you?

Albert Staehle first drew me as a full-grown bear pouring a bucket of water on a campfire. It had a line that read “Smokey Says – Care Will Prevent 9 out of 10 Forest Fires.”

Why has your tagline changed over the years?

I changed from “Care Will Prevent 9 out of 10 Forest Fires” to “Remember… Only YOU Can Prevent Forest Fires” in 1947 so people would realize they had the power to help. Then in 2001, there were a lot of fires in natural areas that weren’t forests, such as grasslands, and so I started saying “Only You Can Prevent Wildfires.” We also wanted folks to understand that small, prescribed fires help the forest by getting rid of unwanted forest fuels when the weather conditions are good, so we thought it best to show the difference.

When you say ‘we’ who are you talking about?

All my friends in the natural resources that help protect and conserve our wildlands, especially the Forest Service.

I heard there was a Smokey Bear who lived in the zoo in Washington DC, who was that?

Back in 1950, in the Capitan Mountains of New Mexico, there was a bad wildfire driven by a strong wind. Lots of people came to help battle the fire. As the day went on, reports of a bear cub wandering alone came in. He had climbed a tree to escape the flames but had gotten badly burned. Lucky for him, he was found and a put on a plane to Santa Fe to be treated. Word traveled about the bear, who eventually was given to the U.S. Forest Service to help spread the word about conservation and wildfire prevention. They named him Smokey after me and he lived in the national zoo until his death in 1976. He’s buried at the Smokey Bear Historical Park in Capitan, New Mexico.

Do you have a middle name and is it “The”?

No, my middle name isn’t “The”; that would be a silly middle name. The reason people think that is because in 1952, Steve Nelson and Jack Rollins wrote a song in my honor. It’s a catchy little tune and I love it, but to make the rhythm work they put “the” between Smokey and Bear. It’s caused confusion ever since.