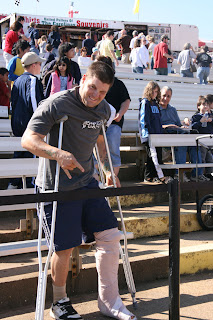 Just two days after breaking a leg, and about 36 hours after having surgery to repair it, Craig Roberts was at the King Action Sports Stunt Show cheering his fellow riders on. He says he’s doing just fine. 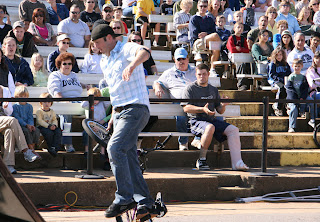 His fellow FMX rider, Travis Willis, told me this isn’t Robert’s first broken bone — he has broken his back a couple of times, so a broken leg is pretty non-exciting. (Of course, this is coming from a guy who injured his arm and didn’t even realize it for a couple of hours a few years back. His first reaction was “take a picture of this!”) Although he was rained out on Saturday, the motorstuntmen were able to jump every show despite the wind. 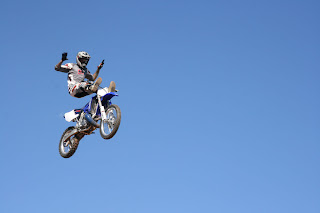