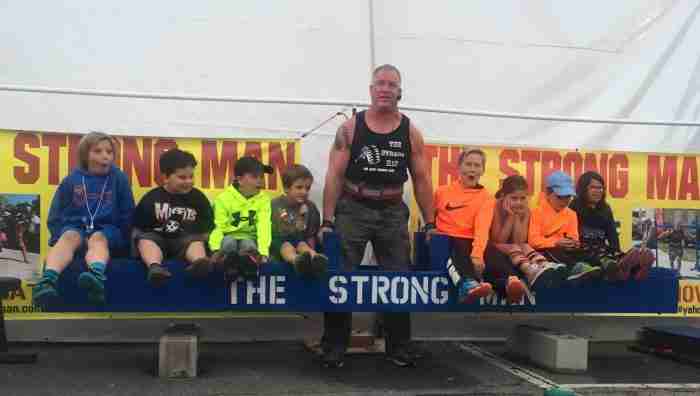 The N.C. State Fair has it’s own version of Superman.

Strongman John Beatty can bend steel, flip over cars and lift motorcycles. When he’s not performing at fair, he also helps save lives as a registered nurse at Carle Foundation Hospital in Urbana, Ill.

As a nurse, he’s been able to bend plates and turn screws implanted in patients. His strength is also useful for moving larger patients in need of care. “We have had several bariatric patients that weight up 500-600 pounds that are difficult for most people to move,” Beatty said.

Beatty’s fair shows range from tearing a phone book and lifting a 1,105 pound barbell from the ground, to pulling a 55,000 pound truck. He can roll up a regular frying pan, bend a huge nail in half and lift six women sitting on a wooden block.

This year, he is added two motorcycles to his show. Each one will take off at full speed as Beatty holds them back.

Beatty started lifting at 13 and competing in Strongman Competitions in his 20s. He started performing after his daughter took a nail he had bent in half into her preschool class. Her teacher wanted him to do a show, from that show he walked away with a booking for a birthday party and a town festival. Now Beatty plays about seven to 10 fairs a year.

“I have always been a fan of the old-time strong men, and my dad was into lifting while I was growing up,” Beatty said. “Even at age 77, my dad still lifts three times a week.” Beatty’s son just turned 13 and is beginning to lift as well. 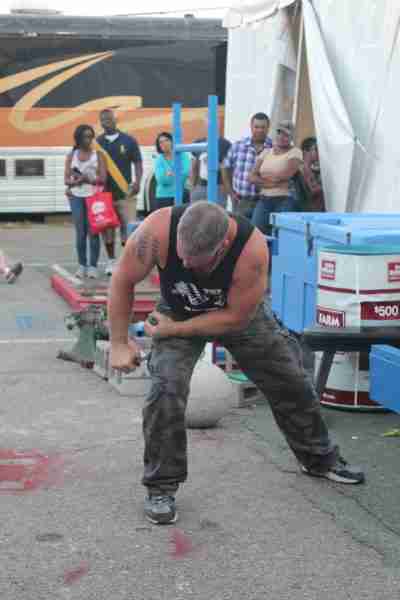 Last year I took my two sons to see Strong Man John Beatty during their visit to the fair. Six months later, they were still talking about the man who could bend a horseshoe into a heart and lift a dozen kids on a long wooden platform. It left quite an impression. My son’s favorite fair souvenir is an autographed giant nail we purchased that was bent in half by Beatty during one of his acts.

Beatty makes it look easy, but the shows do take their toll. “I’m pretty boring when I am not performing,” he said. “I spend a lot of time eating and sitting in the hot tub.”