This is a guest blog post from our State Fair Street Team. You can follow Helen, Annie and Ali’s adventures at the 2012 N.C. State Fair on their blog, Heart of a Southern Woman.

Gracious, tomorrow Sunday, October 21, is the last day of this year’s Fair! It went by so quickly–11 days, but not enough to see and do everything!  We went to concerts at Dorton Arena and saw performances outside also like; bluegrass, the Reality Show Band, magicians, Kenya Safari Acrobats, the folk festival …worth far more than the price of a ticket! 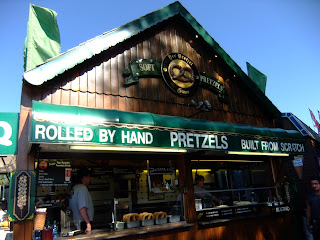 We worked in the Peace booth, so that we felt we were giving back a bit.

We also rode the rides, or we watched family members ride the rides! The ferris wheel provided beautiful views for miles! The super slide, the carousel, the helicopter, the twirling pirate ships–were just some of the adventures and memory makers we enjoyed!

We played games…and we met the Earp family…the champions of games–the family with the golden hearts! 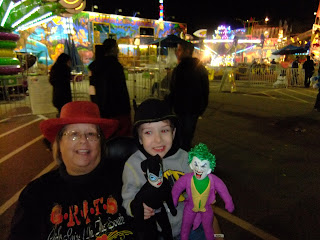 When it was hot we drank Moose Joose slushies, when it was cold we loved the hot chocolate from the Gingerbread House!  We saw the cows, the goats, and even took a milking lesson! LOL 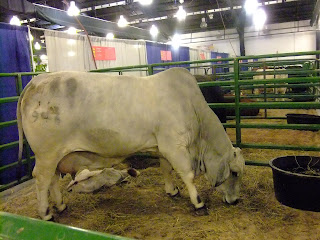 We loved the giant pumpkins, watermelons, and the veggie petting zoo! In the education building we got our eyes checked, picked up some political yard signs, signed petitions for peace, ate hush puppies and pickles, and perused the quilts, clothes, and cake decorating!

Then there were the gardens, the wonderful gardens! There were 90 some entries of  garden plots designed by different local schools and groups. The gardens were playful, educational, and a don’t miss feature of the fair! 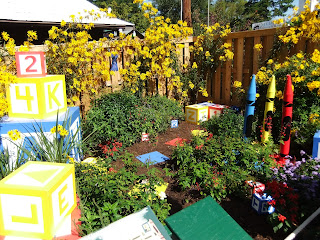 Our family, the 2012 NC State Street Team, will be going one more time tomorrow, to get our last fix of the Fair until next year! I’ve promised to weigh in and see what damage I’ve done during the Fair, if any, LOL. 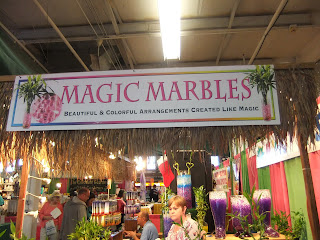 I also have some things to buy in the commercial building, like magic marbles for my plants, and rubber mulch for my garden or a hammock  chair in which to relax, all found in the education/commercial building. Annie wants Appalachian State University shoes from FanFeet in the Kerr Scott building. 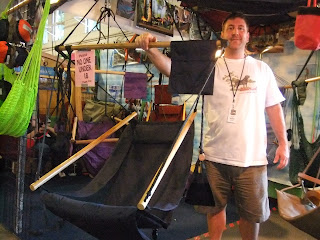 Of course, if we’re talking consumerism here, Christmas presents and all that….I personally would love a leather hand-tooled journal from Mike Lowe in the Village of Yesteryear as well as a piece of that beautiful stained glass by Rebecca Allen. I’d also like a lantern from the tinsmith Peter Blum in the Village of Yesteryear, or a pewter nativity set! Other years we have bought baskets, tin angels, wooden bowls…so many treasures! What could be better than a gift from a native North Carolinian artisan! 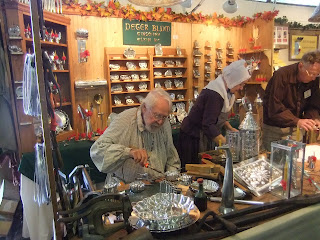 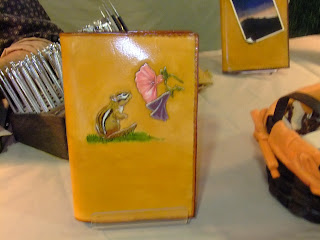 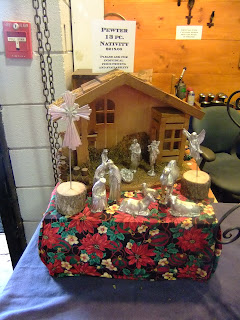 Go to the Fair tomorrow, GO, GO, GO … you’ll regret it if you don’t . It is the most fun ticket of the year!