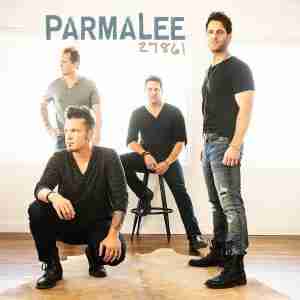 Parmalee on the cover of their newest album, 27861.

One of the staples of North Carolina’s culture is our diversity of music — from country to folk to beach — and the 2017 State Fair will give fairgoers ample opportunity to experience it all. With 118 concerts spanning over 11 days, music lovers can top off an afternoon of rides and fried food with the musical styling of their choice. Not to mention, all the performances are free with paid State Fair admission.

Dorton Arena will host some of North Carolina’s most popular musical acts each night at 7:30 from Oct. 12-22. The lineup begins with a statewide Battle of the Bands competition, featuring 20 pre-selected music groups. The first round of voting on social media will allow fans to narrow the field down to 10 performers. After a second round of voting, the top three bands chosen will compete at the fair for cash prizes.

The popular country group Parmalee will perform on Oct. 14. The band, consisting of brothers Matt and Scott Thomas, Barry Knox and Josh McSwain, originated in Parmele in Martin County. They are best known for the singles “Musta Had a Good Time,” which garnered them multiple record deals, and “Carolina,” which reached No. 1 on the Country Airplay chart in December 2013. They are returning to the State Fair for a second time after performing at Dorton Arena in 2014.

Another country music favorite, Ronnie Milsap, will take the stage Oct. 16. He is known for his unique crossover music that blends several genres with country, such as pop, R&B and rock. Some of his biggest hits include “It Was Almost Like a Song,” “Smoky Mountain Rain” and “Any Day Now.” Throughout his career he has earned six Grammy Awards and created 40 No. 1. country songs. He was also inducted into the Country Music Hall of Fame in 2014.

Giving fairgoers a taste of R&B and Motown, Liquid Pleasure and Sleeping Booty will perform on Oct. 18. Liquid Pleasure has been in the music business for over 30 years, and the group has played alongside such stars as Chuck Berry, Whitney Houston and Hootie and the Blowfish. Sleeping Booty is a 12-piece cover band that performs a variety of genres, including Motown, beach music, rock and Top 40 hits.

For a list of all of the musical acts and performances at this year’s fair, visit http://www.ncstatefair.org/2017/Attractions/HomegrownMusic.htm.