Sounds from the Waterfall and Bluegrass Stages 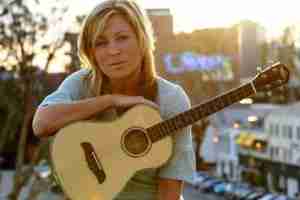 Jeanne Jolly performs on the Waterfall Stage during the Fair. Photo by Nick Narvaez

Dorton Arena isn’t the only place to find amazing performances during the Fair. Music lovers will want to make sure they check out the free concerts at the Waterfall Stage and Bluegrass Stage during the Fair.

Just outside Dorton Arena on the northwest lawn, Raleigh native Jeanne Jolly will play a mix of country, folk and Americana songs. The singer/songwriter, who has been compared to Alison Krauss, spent a lot of her youth in the Blue Ridge Moutains listening to its influential bluegrass sound. After moving to Los Angeles and traveling across North America in a jazz group, Jeanne is back in North Carolina playing the music that inspired her growing up. Jeanne Jolly performs Oct. 14 at 4 and 6 p.m. and Oct. 15-24 at noon, 3 and 6 p.m., except Wednesday, Oct. 21, when military bands will perform on the stage.

Down in Heritage Circle, you’ll be able to find three bands performing on the Bluegrass Stage during the Fair. Named the International Bluegrass Music Association’s 2003 Emerging Artist of the Year, Kenny and Amanda Smith Band has matured with a sound that is intimate and full of life.  The husband and wife duo, along with their accompanying band, will play original bluegrass and gospel songs throughout the Fair. Performances are Oct. 14 at 4 p.m. and Oct. 15-24 at noon, 2:30 and 5 p.m.

Free entertainment is just another way you can “Celebrate What’s Great” about the N.C. State Fair. The Fair is just three weeks away. If you haven’t already done so, make sure to buy your tickets today. Early bird specials run out next week.