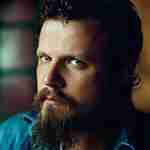 The clean-cut version of Jamey Johnson. (No, really.)

I’ll admit: I’m a bit of a fan girl for Jamey Johnson.

I don’t know if it’s the outlaw country vibe, his honest lyrics or that intense beard. (Okay, I know it’s not the beard. The beard is a little scary.) What I do know is his brand of country music is a unique mix of honky-tonk, outlaw and a little bit of the blues. If you’re on a first-name basis with Waylon, Willie, Merle and George, you’ll want to check him out.

I’ve seen him in concert twice — first at the 2008 Got to Be NC Ag Jam and again in Myrtle Beach when he opened for Willie Nelson — so I can vouch for his live performances. While he’s a man of little words, his music does most of the talking. But don’t just take it from me, when you can read what the artist himself recently told Michigan radio station B93:

“When we go out on the stage every night, we never know what to expect, but every night there they are. They’re excited, they’re passionate, they’re enjoying this music for the same reason that we do. And we are them. We’re not prima donna musicians that came to Nashville and got everything handed to us. These guys have had to hang drywall, paint and cut grass. When you’ve worked for it that way, you appreciate it so much, standing on that stage and delivering that music to people who are delivering it right back by singing along with every song that we do. That’s worth more to me than any awards show or ceremony or plaque. The only thing that drives me and my guys is those people. Why else would you do it?”

I’ll take that as a good enough argument to buy tickets to be in the audience Monday night. (Who am I kidding? I bought them the morning they went on sale.) Seats are just $5 for the 7:30 p.m. show.