Science is in motion on this year’s N.C. State Fair rides

Imagine you’re on a fair ride. Do you notice how you pick up speed during slopes on the Fun Slide? What about the decreasing height of the hills on the Mighty Mouse Coaster? Do you feel like you’re being pushed outward on the Merry-Go-Round? Believe it or not, this can all be explained by scientific forces. 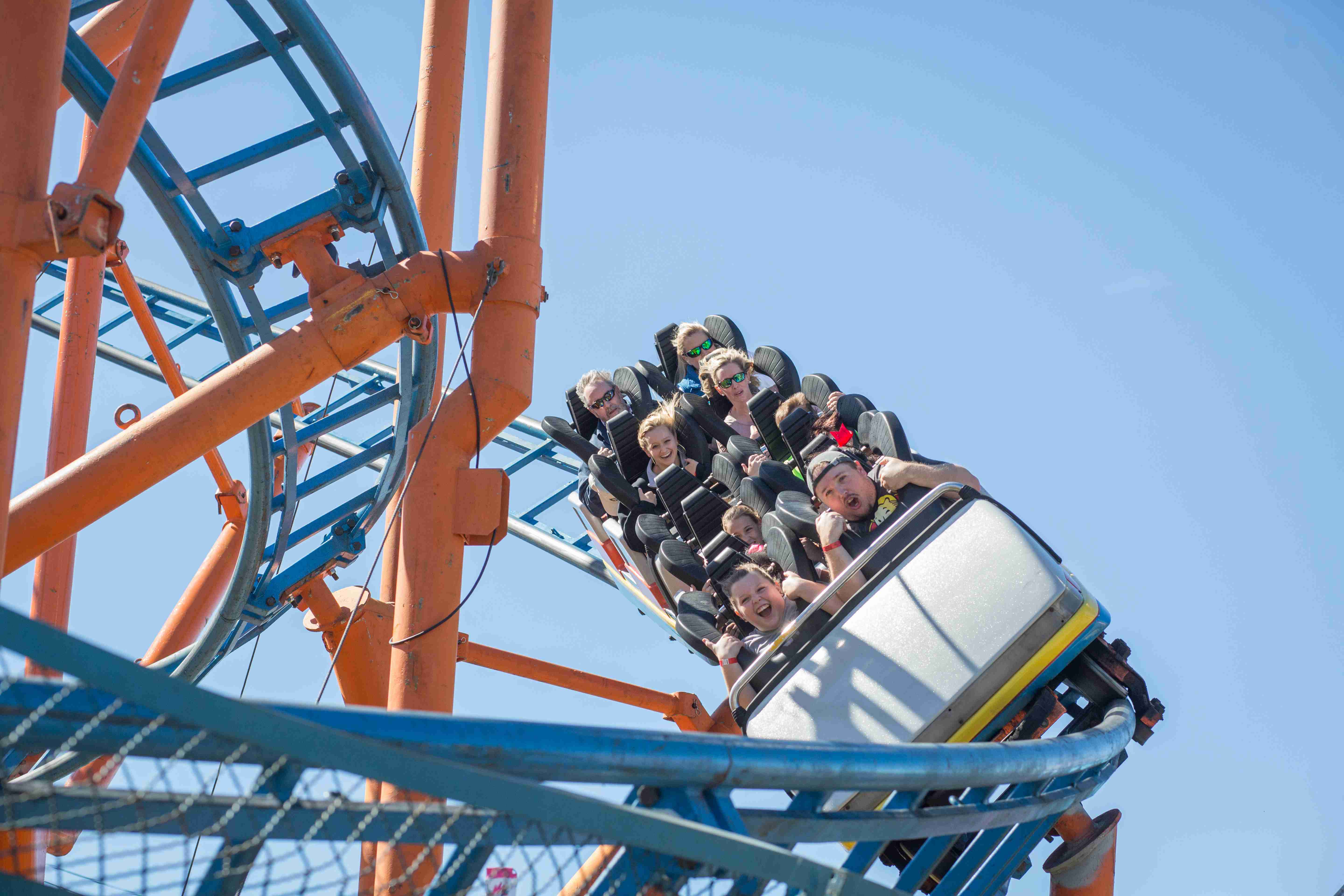 How does this work?

Laura Bottomley, the director of North Carolina State University’s K-12 engineering outreach unit, The Engineering Place, said the same concepts are behind almost every ride you go on at the fair.

“It’s momentum, friction and forces in motion,” she said, “and that’s all science in action.”

Let’s start with a roller coaster, like the Super Cyclone. First, Bottomley said the click-click noise as the ride car travels up the first hill is the motor adding energy to the system, and converting that electrical energy to potential energy. Another way of thinking about potential energy is “the energy of what could happen.” Then, when the car reaches the top of the hill, it has the most potential energy it can possibly possess for the rest of the ride.

“The idea that we could go down the hill if the ride let go because gravity would pull us – that’s potential energy,” Bottomley said. “If you notice, the ride will pause a little bit at the top, but that’s just to get you good and scared.” 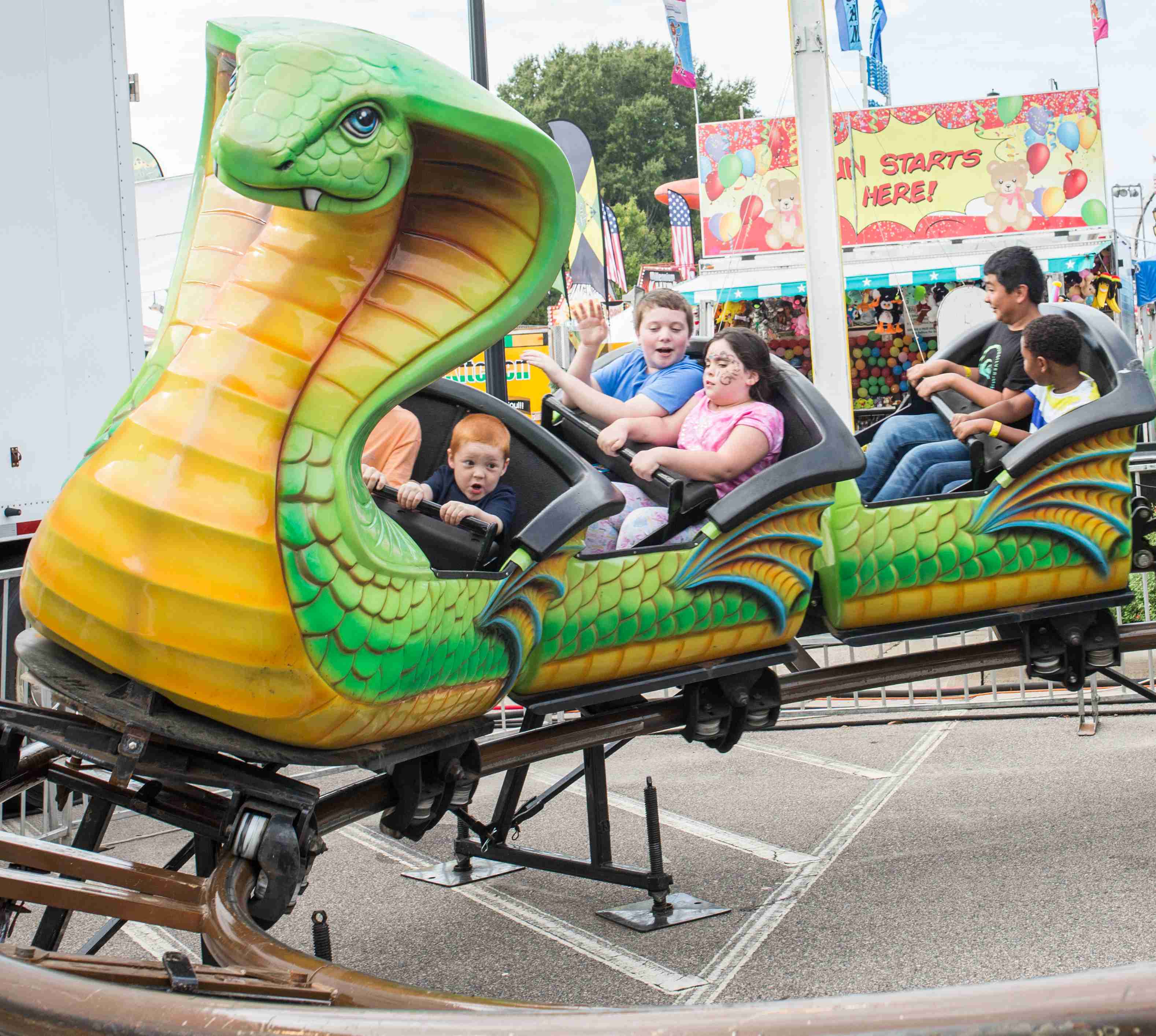 Bottomley said this means that if the second hill were higher than the first, the ride car wouldn’t be able to make it up the hill because of a lack of energy in the system. This all ties into the First Law of Thermodynamics, which says that energy cannot be created nor destroyed, only converted. So where did this energy go?

“We’re losing energy in friction because the wheels are rubbing against the roller coaster track,” she said. “Kinetic energy converts to friction, which is manifested as heat.”

You can’t feel it while you’re on the ride, but as the car is moving, the track and wheels heat up from the friction. Once the energy is converted to heat, it cannot be converted back, which is why the ride carries less potential energy with each hill or loop-de-loop. 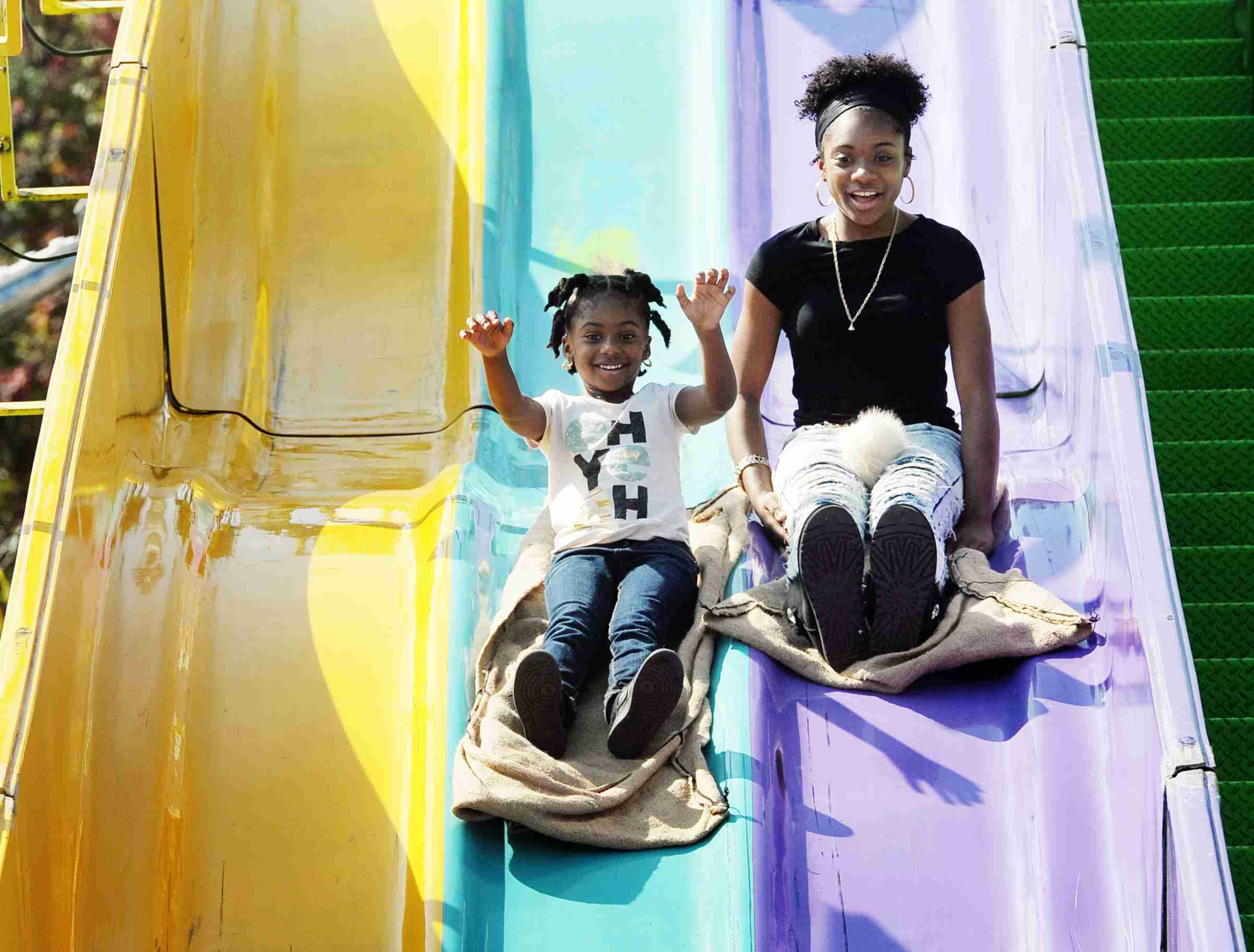 What about other rides?

“If you get on the giant slide and go down in your burlap sack, it’s the same idea,” Bottomley said. “Your potential energy came from climbing the stairs – which came from whatever you ate for dinner – and then as you go down, this converts to kinetic.”

But as the Fun Slide evens out between hills, you probably notice that you slow down – this is energy conversion in action. And there’s friction here, too – if you didn’t have something to sit on going down, that heat may give you contact burns.

Now as you ride something like the Merry-Go-Round or a flying swing ride, there’s a different force at play called centrifugal force, which is present when you rotate something around a center and it feels as though you’re being pushed outward. 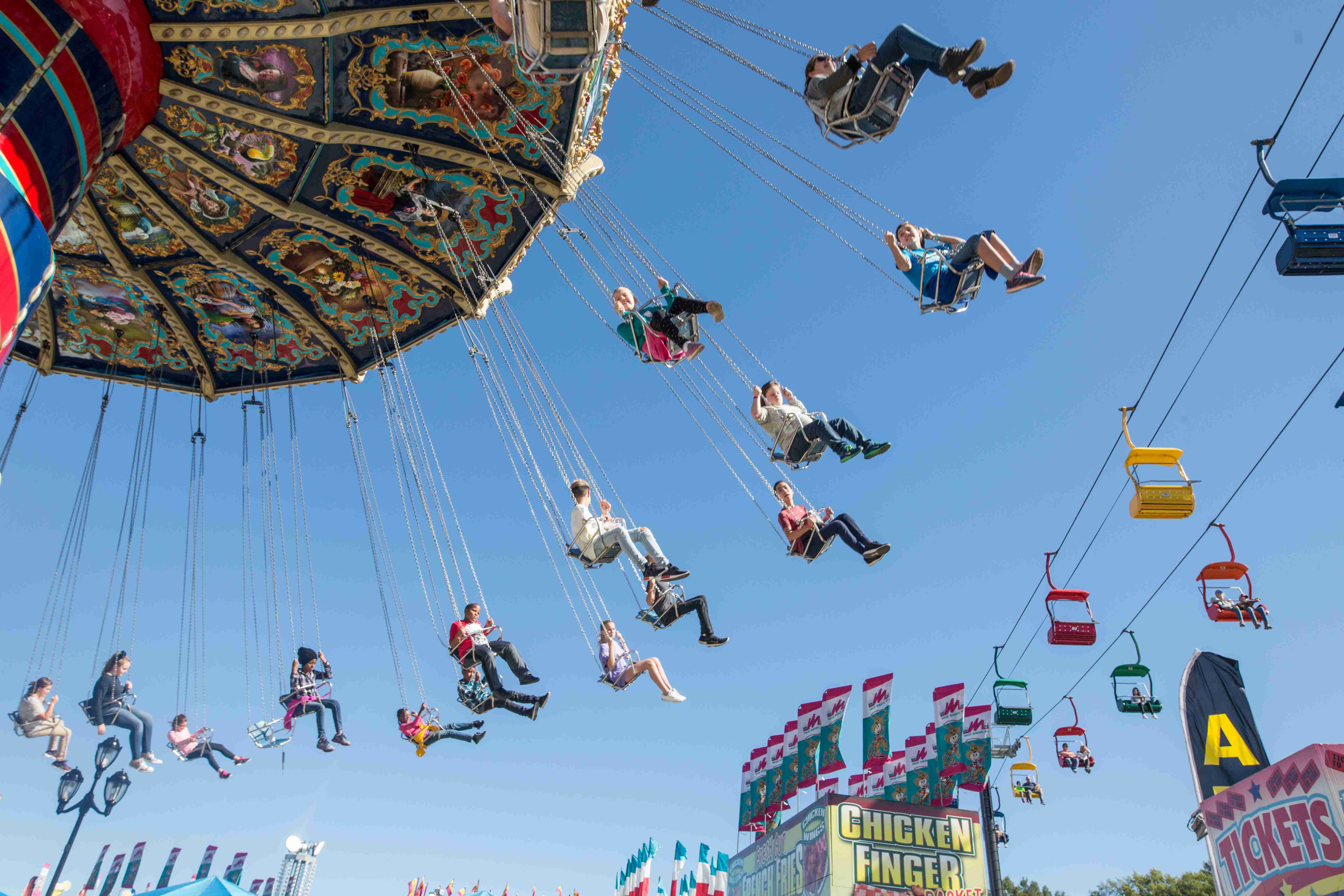 “Picture each person attached to a string in the middle as someone pulls the strings around,” Bottomley said. “There’s no strings on the ride, but the ride itself spins you around and the centrifugal force is what’s pushing you out.”