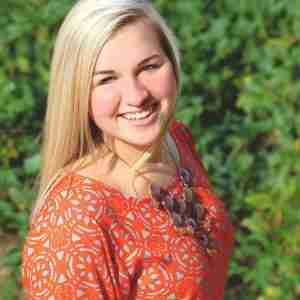 It was the final show of the Eastern Carolina Lamb Showmanship circuit. Points were close between competitors. This show would determine the circuit champions and who would win the belt buckle. Everyone watched with baited breath to see if the novice showman, although young and cute, could show a lamb as good as the most-seasoned showman. The judge deliberated. Finally, he made his decision and shook the winner’s hand. The audience erupted in applause and hollered. There was one scream, though that could be heard all the way from Texas.

Liz-Anne Earl grew up showing cattle and lambs in North Carolina with her three older sisters and parents. She showed livestock for 12 years, and to be frank, she was good. She won various champion titles along the way. When she aged out of showing, she never really left. 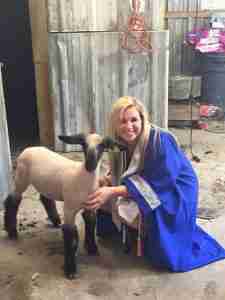 When you love to show livestock, you gotta get a picture in your cap and gown with your lamb.

She continued to be involved in the ring by helping out with her nieces as they learned to show. Then, last year, Liz-Anne decided to do something different. She moved across the country to attend her dream school—West Texas A&M in Canyon, Texas. 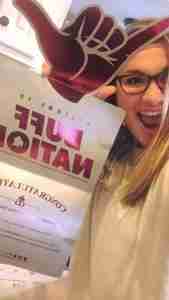 Liz-Anne with her acceptance letter

“I wanted to do something different, and experience a different atmosphere,” said Liz-Anne on why she chose WT.

After her brother-in-law told her he had heard a lot of good things about WT’s agriculture communication department, Liz-Anne started to research and ultimately fell in love with the school.

Going out of state for college has its pluses and minuses. Thankfully, according to Liz-Anne, the positives outweigh the negatives.

“Growing up I was always categorized as ‘Walter and Lisa Earle’s daughter’ or ‘Katie, Abi, or Maggie’s little sister’, in Texas I get to make my own name for myself.  It has forced me to mature,” said Liz-Anne.

While the benefits are many, the distance is still hard. When you are 23 hours from home, family can’t be there in a few minutes if something goes wrong. 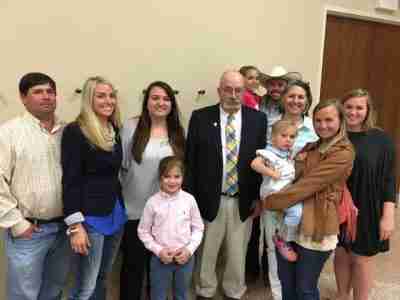 “I have a very tight-knit family, and being away from my parents, sisters, and nieces for two or three months at a time is really tough, but it makes the time I do get to be home that much more special,” said Liz-Anne.

Despite the distance, Texas has become a home away from home. There were definitely some adjustments, but that isn’t necessarily a bad thing. Liz-Anne has been amazed at how important manners are in Texas. People have been kind and genuine and all her professors were super welcoming when she moved there. Perhaps Texas may be giving us southern states a run for our money in hospitality. You will be interested to know that not everything is bigger in Texas. Pigs for example are a bigger industry in NC than they are in Texas. Liz-Anne says that cattle are the big thing there. Perhaps the biggest adjustment has been the lack of humidity and the constant wind that Texas has. There is also the issue of a wind-chill factor, but that isn’t anything that a Christmas list with big coats and ski pants can’t fix.

Although Liz-Anne is enjoying Texas, three of the most important people in her life are still in North Carolina—her three nieces.

“They are what makes it hard to come back to school.  I try to stay involved with them by calling, texting or talking on Facetime at least once a day or so,” explained Liz-Anne.

Beyond that, Aunt Liz-Anne always gets “Facetimed” when the girls enter the show ring whether that’s with pigs, cattle, goats or lambs. 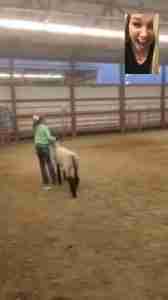 Facetiming in to watch her niece’s show

Fast forward to the final show of the lamb circuit. Just like any show, Liz-Anne was watching on Facetime. She knew her oldest niece, Annah Claire, was tied for first going into that final show. Liz-Anne kept a Post-It note on her desk with all Annah Claire’s points and placings throughout the circuit. When the judge shook Annah Claire’s hand as the first-place showman, there was a lot of hollering—one of those was a scream all the way from Texas.

“When I watched her win that, (over the phone, of course), I screamed just as loud as I could… and then cried like a baby.  I was so proud of her!” Liz-Anne said. 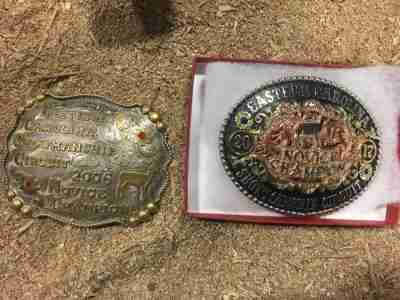 In 2006, Liz-Anne won the same title as her niece making it all the more amazing. Being able to watch her niece win that honor (even over the phone) was special. Another special event that Liz-Anne had to be present for was the N.C. State Fair. In fact, she gave up going home for Thanksgiving to come home for the State Fair. 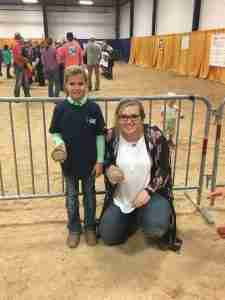 “The state fair is such an important place for myself and my family. We depend on each other.  Someone has to get sheep sheared while the rest of the Earle clan are fitting steers; I’m always the one who gets to shear the sheep,” said Liz-Anne.

The Earle family works together as a team to get the animals and kids ready for the ring. While Liz-Anne’s favorite part of State Fair used to be showing herself, now her favorite part is watching her nieces show just like she did.

Liz-Anne Earle is following her dreams to work in the agriculture industry, in part thanks to an N.C. State Fair Livestock Scholarship, which she is a recipient of. She hopes to promote and market agricultural products or video and photograph sale cattle in the future. While classes are in Texas, State Fair and family are in North Carolina. Through Facetime and plane rides, she has one foot in both places. She doesn’t regret her decision and encourages anyone thinking of heading out of state to go for it.

“If you are on the fence about it, have a little faith and give it a shot.  I was that person. I was on the fence. However, I figured it would be better to go and not like it, than to regret it and wonder where it might have taken me.”