Scholarship Highlight–Tristen Fulton Chases Dreams Across the Nation and Globe

When it comes to becoming a veterinarian, there is no doubt there is a lot of school involved that comprises of some hard classes. Even during undergraduate pre-vet classes, there are some doozies. Almost every student second guesses their choice in career, and some just give up. However, for those who keep their eye on the goal of becoming a vet and are willing to put in the hard work, those goals are realized.

Tristen Fulton has a dream of becoming a vet and a goal of opening her own clinic that focuses on cattle reproduction and specialize in embryology. She is still working on her degree in Animal Science/Pre-Vet at Iowa State University, but knows that with hard work, she can make her dream come true. Showing livestock has helped her through many a difficult class. 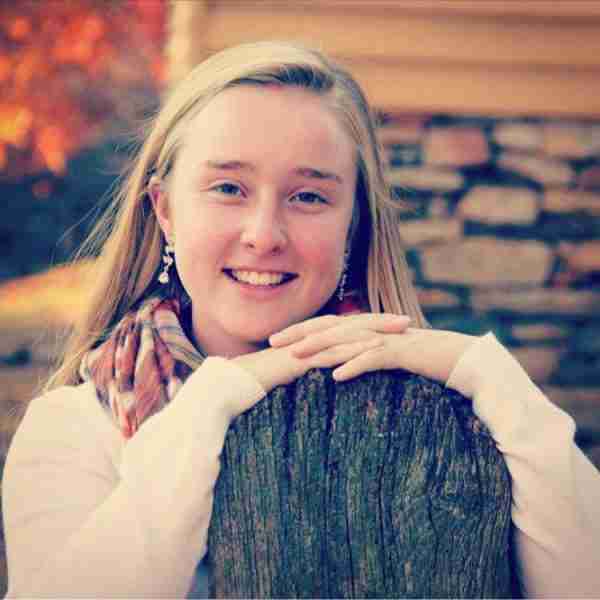 “Through showing livestock at the State Fair, I learned the true meaning of working hard towards a goal. One of the best feelings is walking in the show ring with an animal that you put numerous hours of work into,” said Tristen.

That hard work and dedication in the show ring has carried over into her college classes.

“There are some days where I question if all my studies will be worth it. I often remind myself that one day it will be when I finally reach my goals,” said Tristen about how the State Fair has helped her in college.

Tristen has shown livestock for 11 years. While she has shown goats and poultry, her heart lies with beef cattle. Her favorite livestock show memory happened at the N.C. Junior Beef Roundup when in 2012 her Red Angus show heifer, HBC 1016 Red Lady, won Supreme Champion Heifer. That was the first time a Red Angus female had been selected for this honor in the history of the show. Tristen has continued to breed that heifer and use her daughters as replacement females in her family’s herd.

Her favorite memory at the N.C. State Fair wasn’t about banners, titles or ribbons, though. It was about serving as an animal handler for the Special Needs Livestock Showmanship Show.

“I have been blessed to have been paired and worked with several very special individuals through this event. It has allowed me to make many friends over the years, but the rewards I have gained are worth more than the ribbons and trophies I’ve received,” said Tristen.

While she has left the state of North Carolina to pursue her goals, those North Carolina livestock memories have not left. It is memories like those that keep her going. More than State Fair memories, the N.C. State Fair Youth Livestock Scholarship has also helped her in achieving those goals.

“As a North Carolina resident attending Iowa State University, this scholarship has helped to offset the out-of-state tuition costs that I incur,” said Tristen.

Through this club, she was also able to travel to the United Kingdom on a Livestock Heritage Study Abroad. Many days were spent visiting farmers, learning about European agriculture, seeing sites, and traveling the countryside. They were able to visit woolen mills, judge Highland Cows, watch horse races, visit Stonehenge, see fields of Canola, explore London, attend a county fair, experience castles, watch border collies work sheep, see many rare breeds of livestock, and even got featured in a local magazine in Scotland. It was quite the trip! 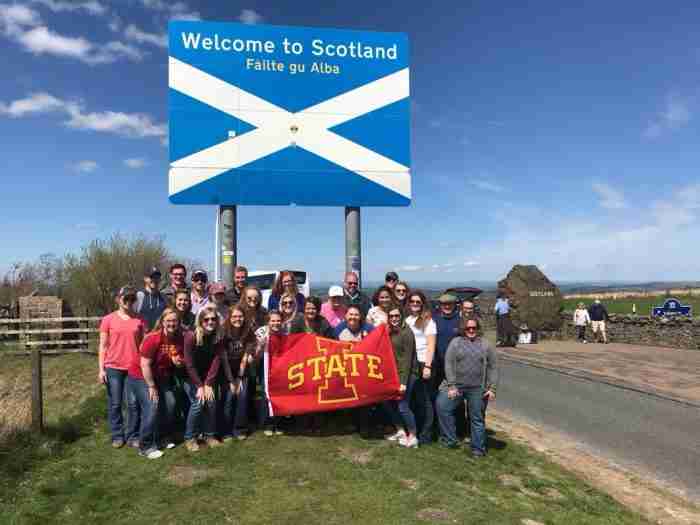 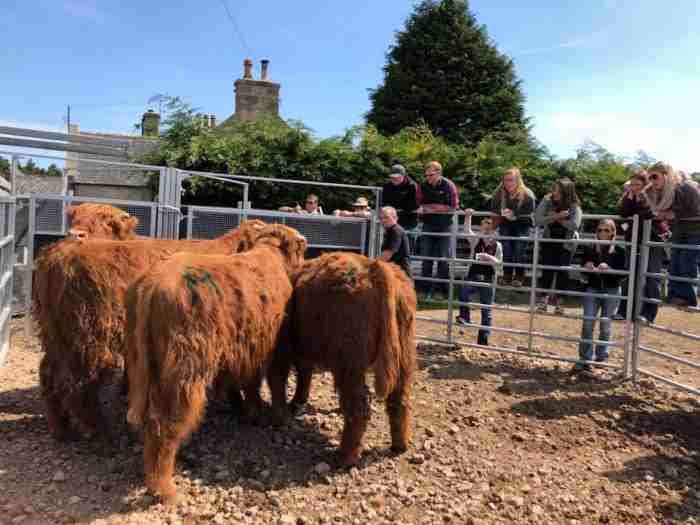 One of the coolest stops on the trip was at Haven Herefords. This is the oldest purebred Hereford herd in the world and was established in 1822.

“It was pretty neat to see where the Herefords that my great grandfather and grandfather started our farm with 1947 originated from,” said Tristen. 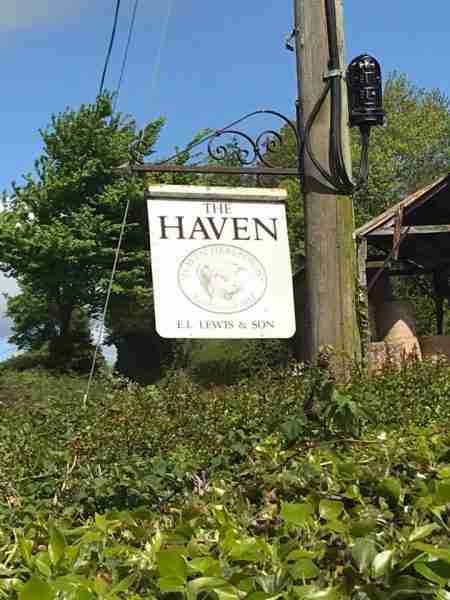 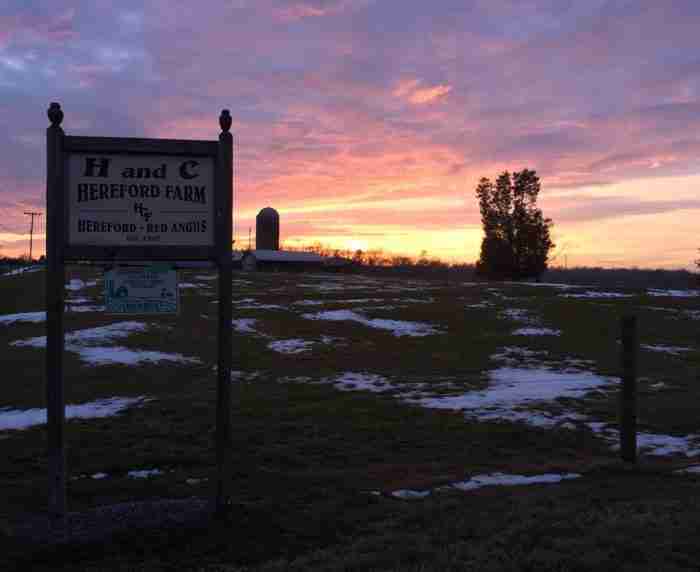 Tristen is learning all she can, experiencing new things, making memories, networking with people, and working hard in college. She is doing it all with a goal in mind.

“I envision myself working in an existing veterinary operation to gain valuable real-world experience to work towards opening my own practice. I would like to create a clinic in which I can work with producers, agriculture interest groups and local agriculture education programs,” said Tristen.

There is little doubt that Tristen will be able to achieve her dreams. She has passion and an adventurous spirit to push her. She also has the work ethic that any good N.C. State Fair showman has to help her too.

Showing livestock sparks passion, dreams and goals for so many youth, and it is wonderful to see an individual like Tristen chasing those dreams…even across the nation to a new state and across oceans to new countries! 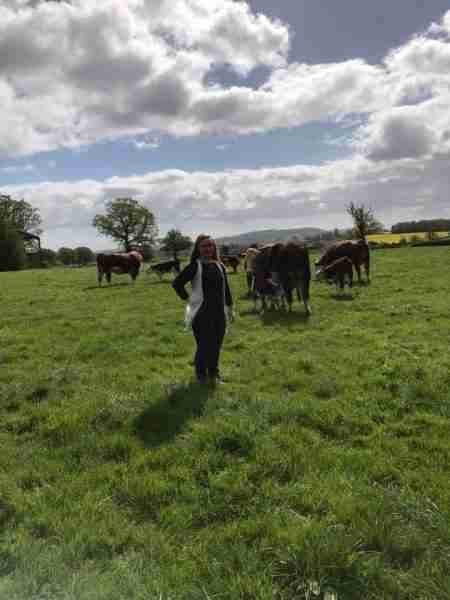