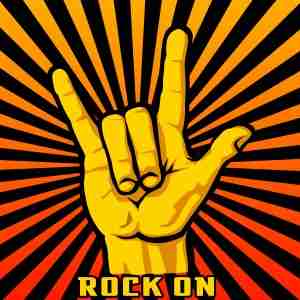 Throughout its history, Dorton Arena has hosted some of the biggest, loudest and rowdiest rock bands that have toured the country. Bands such as Kiss, Led Zeppelin, the Jimi Hendrix Experience, Black Sabbath, Jethro Tull, Ratt and Bon Jovi have played Dorton Arena. I can only imagine the amped-up guitar squalls and pounding drum solos bouncing off the glass and concrete during any of those shows. Rock on!

With the 2015 State Fair, Dorton will be bracing for another round of rock ‘n’ roll warfare with performances by the heavy metal band Firehouse on Oct. 15 and Southern rockers Nantucket on Oct. 25 as part of the Homegrown North Carolina Concert Series.

FireHouse was formed in Charlotte in 1989 and earned critical acclaim for its self-titled debut album in 1990. The success of that album, fueled in part by the hit power ballad “Love of a Lifetime,” garnered the band the American Music Award for Best New Hard Rock/Heavy Metal Band of 1991. As a fresh-from college grad, I remember that song getting a lot of airplay, but never realized the band had a North Carolina connection.

The band followed with the certified-gold album “Hold Your Fire” in 1992, which produced the singles, “When I Look Into Your Eyes,” “Sleeping With You” and “Reach for the Sky.”

As radio airplay shifted from glam metal rock to grunge rock or the Seattle sound, FireHouse found renewed success overseas in Asia and India, launching successful and sold-out tours in Indonesia, Thailand and Japan. The band, with all but one of its original members, has released nine studio albums to date.

FireHouse will rock Dorton Arena Oct. 15 at 7:30 p.m., with the Fayetteville-based rockers The Fifth opening the show.

If Southern rock is more your style, make your plans to attend the Nantucket show Oct. 25. The band can trace its roots to Jacksonville, starting first as a beach music band known as Stax of Gold, before earning a solid following in North Carolina as a cover band. The music and the name changed, as the band found its own style.

With its self-titled debut album released on Epic Records, the band scored its first hit with “Heartbreaker.” Hitting the road in support of the album, Nantucket opened for some of rock’s top acts: Kiss, Styx, Boston, Journey and The Doobie Brothers. Nantucket also opened for AC/DC after including a cover of the Australian  group’s  “It’s a Long Way to the Top (If You Wanna Rock ‘N’ Roll)” on the band’s third album.

Nantucket released 10 albums with the singles “She’s No Good,” “Quite Like You,” “Gimme Your Love,” “Girl, You Blew a Good Thing” and others along the way.

Sidewinder, from Wilmington, will open for Nantucket Oct. 25.

Admission to all Dorton Arena concerts is free. Fans wanting floor seats, should pick up a ticket at the Dorton Arena Box Office on the day of the show.