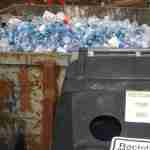 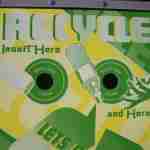 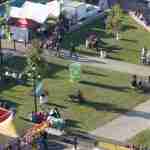 Earlier this month, the N.C. Division of Waste Management announced that North Carolinians threw away less trash per capita in 2010-2011 than any time in the last 20 years. The report notes that the economy plays a big role in the amount of waste generated, but also recognizes the increasing role of recycling.

At the N.C. State Fair, we’ve been doing our part. As noted in today’s News and Observer article about plastic bottle recycling, the N.C. State Fair placed the first four recycling bins around the fairgrounds in 2008. We have since purchased more of these large, bright, boxy recycling containers because they have been great for collecting recycling and the design deters people from throwing trash in them. The size also allows for a large amount of recycling to be collected before overflowing, so the maintenance crews aren’t overburdened by them.  So, in short, we love our recycling bins. We now have about 80 recycling containers around the fairgrounds – a mix of traditional recycling containers inside buildings and the bright yellow and green bins outside.

In addition to collecting aluminum and plastic from fairgoers, we’ve encouraged vendors to increase their recycling efforts as well. Concessionaires go through a lot of steel cans, plastic jugs and cardboard in 11 days, and we want to divert as much from the landfills as possible. In addition, we also provide convenient spots for vendors to recycle cooking grease that is picked up by a local biofuels company.

We don’t have stats from our initial recycling efforts in 2008, but here are the stats for the past three years. Thanks to all the fairgoers and vendors who continue to seek out the recycling bins. In just three years, we have recycled more than 55 tons of materials: