Recognition at the international convention 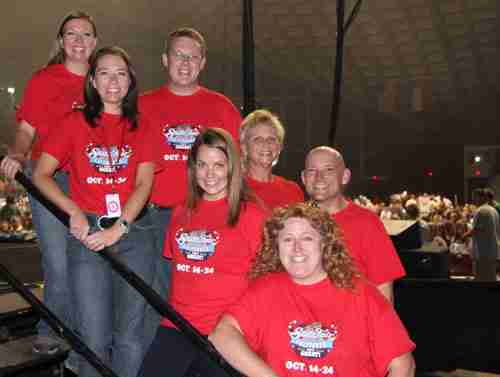 A handful of State Fair employees spent this past week in Las Vegas at the annual convention of the International Association of Fairs and Expos to learn more about organizing and operating our annual event.  It’s always a good chance for them to meet other fair organizers and share experiences and learn about new ways of doing things. In addition to several days of seminars and workshops, there’s also a trade show that features companies that offer the necessities of running a fair or festival, such as port-a-johns, livestock equipment and barriers, display cases, etc. This trade show also features lots of grounds entertainers, like stiltwalkers, magicians and bands that are available for hire. It’s a very worthy trip for those lucky enough to go.

Yesterday evening, the communications awards were announced and the N.C. State Fair placed in three categories:

For these awards, we competed against fairs of a similar size. Next year, the competition will get harder as we will be bumped up to compete against other fairs that have attendance of more than 1 million fairgoers.

We always scramble to enter the competitive awards because the entries are due a few weeks before the fair begins.  We are unable to enter some categories because we don’t have a finished product in-hand by the time we have to ship our entry off. I think this hurts us in several categories, like the social media category, because we can’t provide statistical information to prove how successful our different components are.