Pirates, Germans and the story of N.C. barbecue 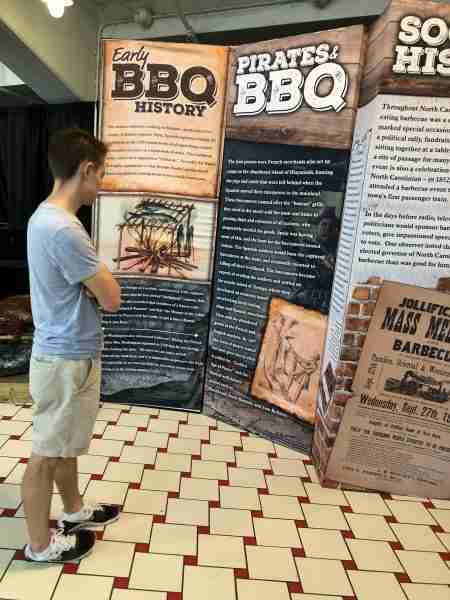 Each year, the North Carolina Department of Natural and Cultural Resources sets up an exhibit in the north lobby of Dorton Arena to educate us about part of our state’s incredible history. From North Carolinians’ involvement in World War I to the history of pirates on our coast, we’ve learned some pretty cool things about our state.

This year, they are bringing us “The Story of BBQ in NC.” If you’re new to our state, you might think we’re a little crazy for our barbecue obsession, like our ongoing Eastern- versus Western-style debates. But barbecue runs in our veins like Cheerwine or Pepsi, so we come by it honestly.

The history of barbecue in North Carolina goes back a ways. Waaay back, actually. According to the exhibit, the term itself goes back to when Sir Walter Raleigh observed Native Americans cooking meats over a stick apparatus that, in the Caribbean, was called “barbacoa.” (Hence the term “barbecue”.) The exhibit also tells us that pirates played a role in introducing pigs to our state and explains how Germans who settled in the Piedmont are responsible for Western, or Lexington-style, barbecue. 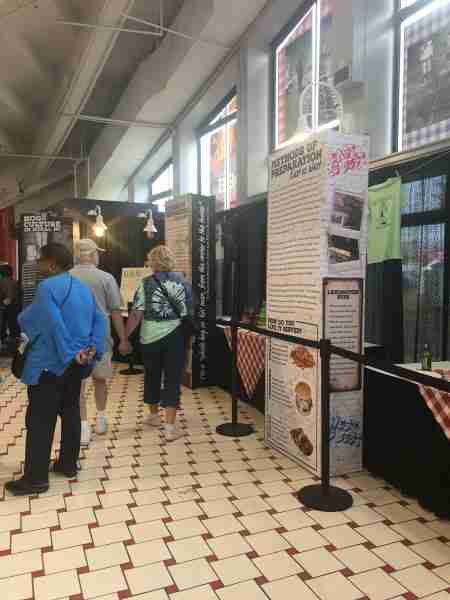 Beyond the mark barbecue has left on our culinary identity, ‘cue has played an equal role in North Carolina’s political and social histories as well, as the exhibit explains. And it doesn’t hurt that North Carolina is the second-largest hog producing state in the nation, to keep our whole hog obsession going.

The Story of BBQ in NC is a traveling exhibit, sponsored by the N.C. Pork Council. Look for it at a local state historic site near you.