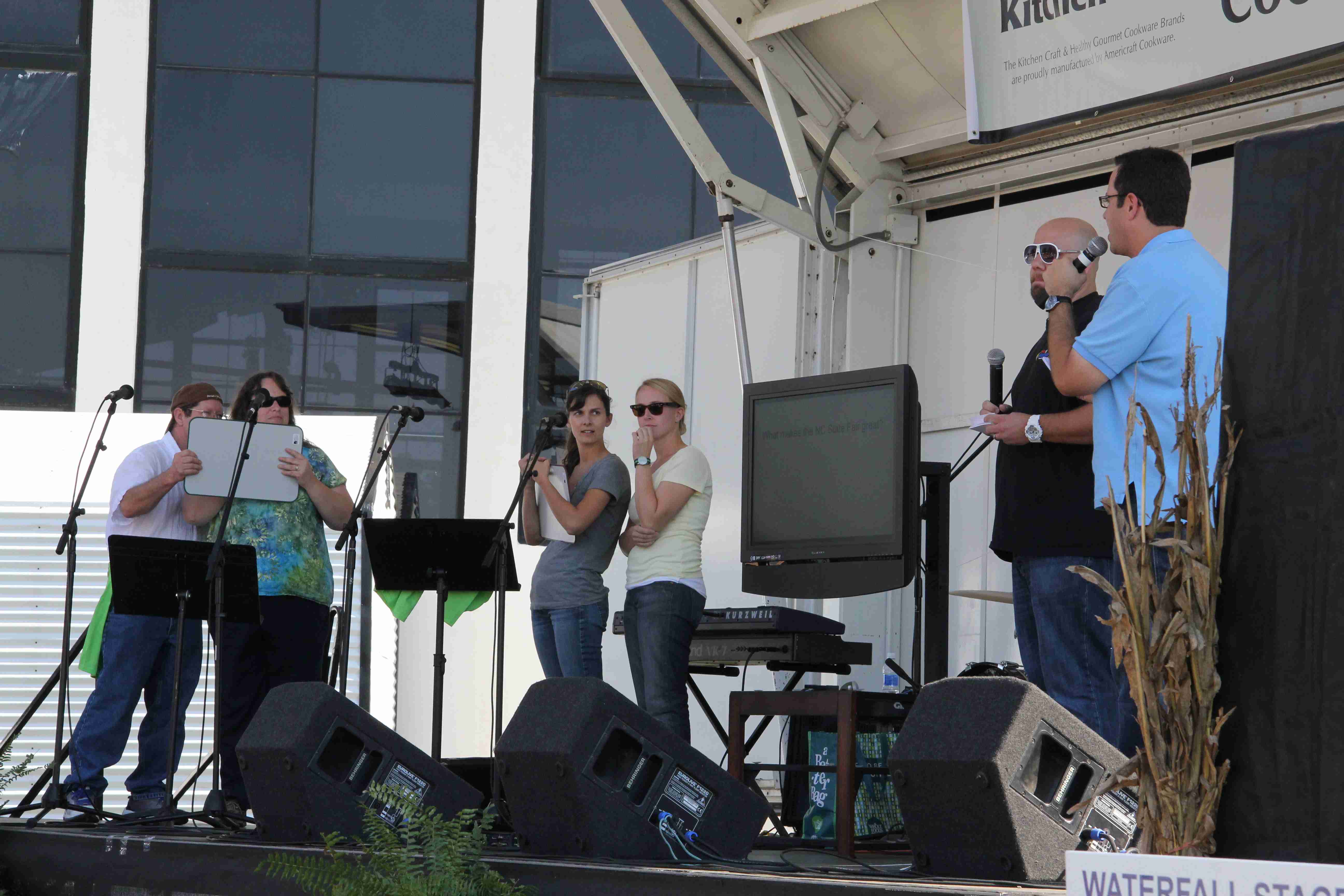 Over the past several weeks, contestants have been competing in a virtual scavenger hunt as part of Subway’s Great Fair-A-Thon Challenge. They searched for clues on our blog, social media sites and Subway locations for a chance to make it to the semi-final and final rounds of competition at the Fair. After racing around the fairgrounds in a real-life scavenger hunt,  two teams were selected to compete in a final trivia round with Jared Fogle.

Randy and Catherine Edwards of Raleigh won the competition, and will get a free trip to New York City to see Jared compete in the New York City Marathon.