One Week from today! 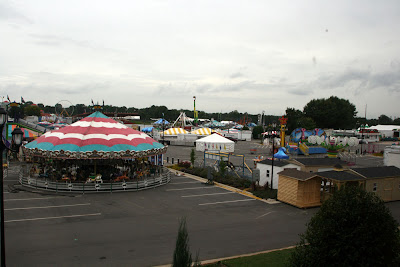 As previously mentioned, today was move in day for the Press Office. This was an unusual move-in day for us for two reasons. One, it didn’t rain, which means I can go ahead and make a weather prediction: it WILL rain on Oct. 27. It ALWAYS rains on either move in or move out day.

Two, the fairgrounds is a beehive of activity that is not normal for one week before the fair starts. Usually we get out here and there is a smattering of food booths and rides on the grounds, but today, Kiddieland is looking almost complete and the Midway already has several rides that look like they are ready to start taking tickets.

I had already decided to try to post a photo every day to show the metamorphosis of the fairgrounds as it becomes the State Fair. Looks like I’m starting a few days late, but I’ll try to bring you a new photo every day from the same vantage point: the second floor of the Scott Building. 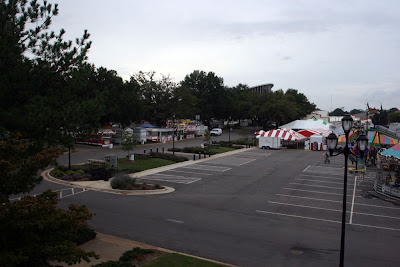