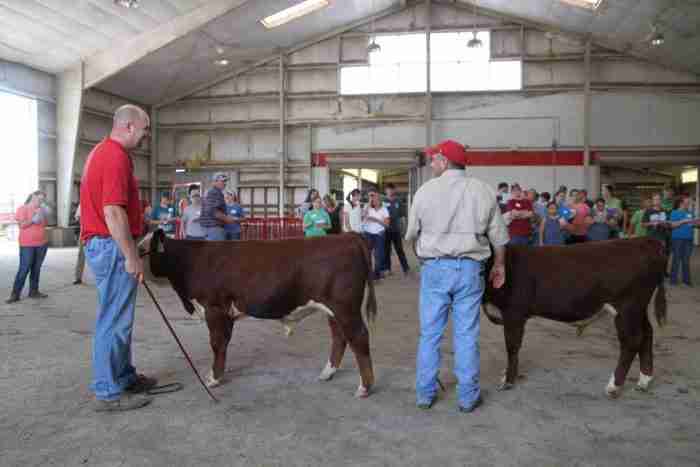 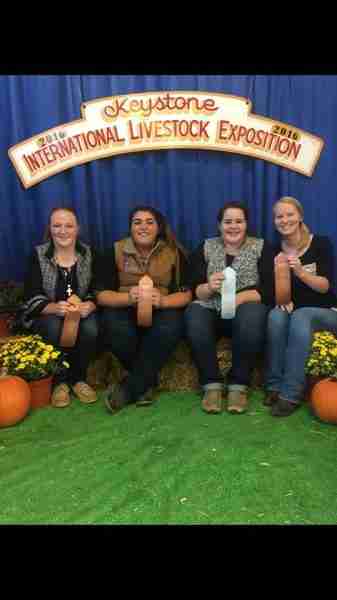 Every year, youth from across the state come to Raleigh to compete in livestock judging and skillathon contests. The competition is heated, and not just because it is held in the summer.

While all the youth want to do their best and compete for top prizes, youth in the senior division also are competing for a chance to represent North Carolina at the national competitions. For many, this is a goal they have been working towards for years.

“I am incredibly thankful to have been given the opportunity to compete in a national agriculture competition and have a lifelong dream fulfilled,” says Mary Beth Tyndall, national skillathon team member from Deep Run.

A portion of the proceeds from the N.C. State Fair Sale of Champions goes towards sponsoring these contests and youth.

Teams headed to the North American International Livestock Exposition in Louisville, Ky., for the national competition. Before traveling to Louisville, they competed at other competitions and practiced — a lot.

For the judging team, practices meant looking at tons of livestock and studying judging criteria. The skillathon team had to memorize large amounts of information regarding all aspects of livestock, and team members had to be able to tell one brown cow breed from the next. Practicing was also about learning to work together.

“It was very rewarding to get this group of girls together, understand their strengths and weaknesses and try to mold them into a cohesive team,” said skillathon coach Stefani Garbacik from Goldsboro. “We all had a great time together, tons of laughs and lots of learning.” 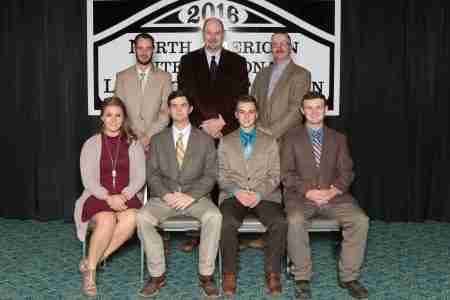 The team competed at the Keystone International Livestock Exposition in Harrisburg, Penn., and South Eastern Regionals in Raleigh. In November, they ended their travels in Louisville at the national competition.

Competing in these competitions develops life skills such as critical thinking, problem solving and self-discipline, along with developing a deeper understanding of the livestock industry.

“This competition really exposed me to how the culture of agriculture is different in other parts of the United States, but we all have one common goal to feed people efficiently,” said Mary Dunn, skillathon team member from Mount Olive.

Those on the judging team enhanced their public speaking skills, confidence and analytical skills. Additionally, competing in judging and skillathon created a deeper passion for livestock.

For Henson, being able to act as an assistant coach was a chance to see things from another perspective. He competed on the national judging team a few years ago. This year his brother, Caleb, was on the team.

“Getting to work with youth that have such passion and a drive to excel in the livestock industry is truly inspiring. I loved watching the kids work so hard on improving and performing to the best of their ability. It’s so easy to see why the youth that grow up in 4-H make such great leaders in the workplace regardless of what they do,” Henson said. 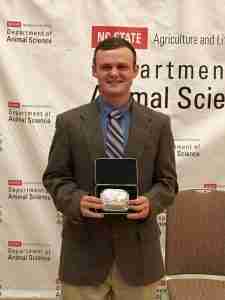 Tucker Worley won top honors at the 4-H State Livestock Judging, Skillathon, and Quiz Bowl contests. Worley also was given the chance to compete on the national judging team for 2016.