New-entertainment spotlight: Amanda Durnell of Down to Earth Aerials 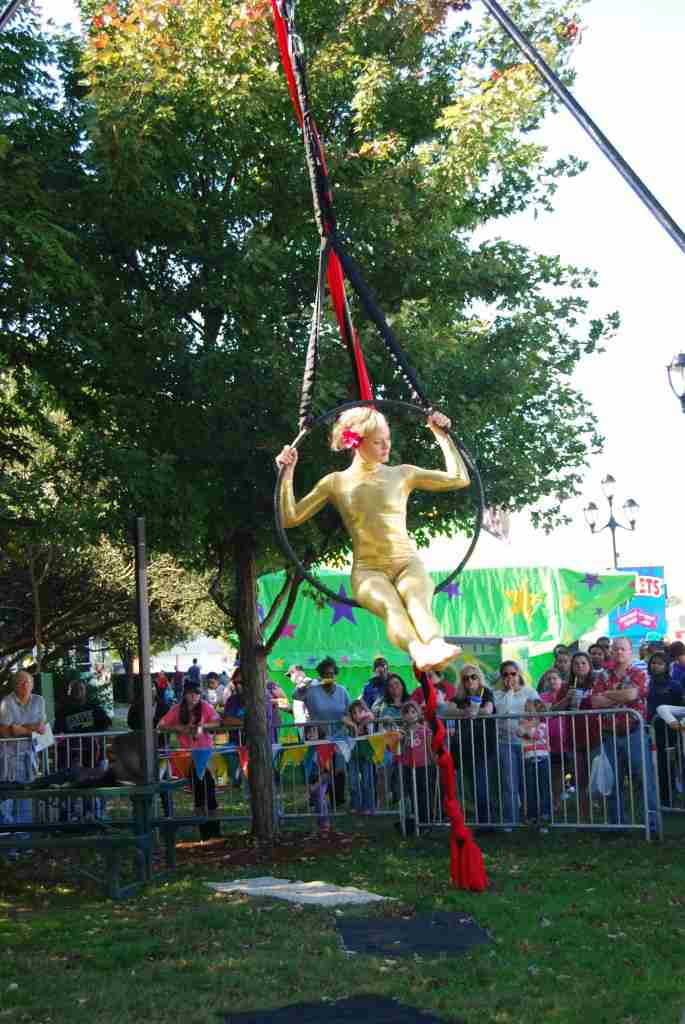 Amanda Durnell of Down to Earth Aerials

Durnell started learning aerial fabric and static trapeze at 32 years old at the New England Center for Circus Arts in Vermont. “I was about 40 pounds overweight and depressed,” Durnell said. “Learning this was a great outlet, mentally and physically. The brain tries to take the easy way, not the right way” She has been performing at street fairs, festivals and other celebrations for about five years. This is her first time at the N.C. State Fair.

To prepare for her show, Durnell uses rosin on her hands and sprays tuff stuff (often called sticky spray) on her feet to help her climb and swing. Her equipment includes an aerial fabric, trapeze and a suspendulum.  “This piece of equipment is patented and made especially for aerial shows like this,” Durnell said.  “This is not something that you can make at home.”

Her shows are choreographed to music and last about 15 minutes. Most of it takes place up in the air so even a large crowd of fairgoers will likely have a good view.

One of Durnell’s favorite parts of the fair so far has been meeting Vanilla Ice during his sound check. She is most looking forward to when her family from Oxford comes up later in the week to see her perform, and then walk around and eat food.

Durnell has lived in Raleigh for about 17 years. When she’s not performing at the fair she’s teaching aerial dance at Triangle Yoga in Chapel Hill or aerial dance at Legacy Ballet in Durham. She will be performing daily on the north lawn of Dorton Arena. Check the daily program for times. 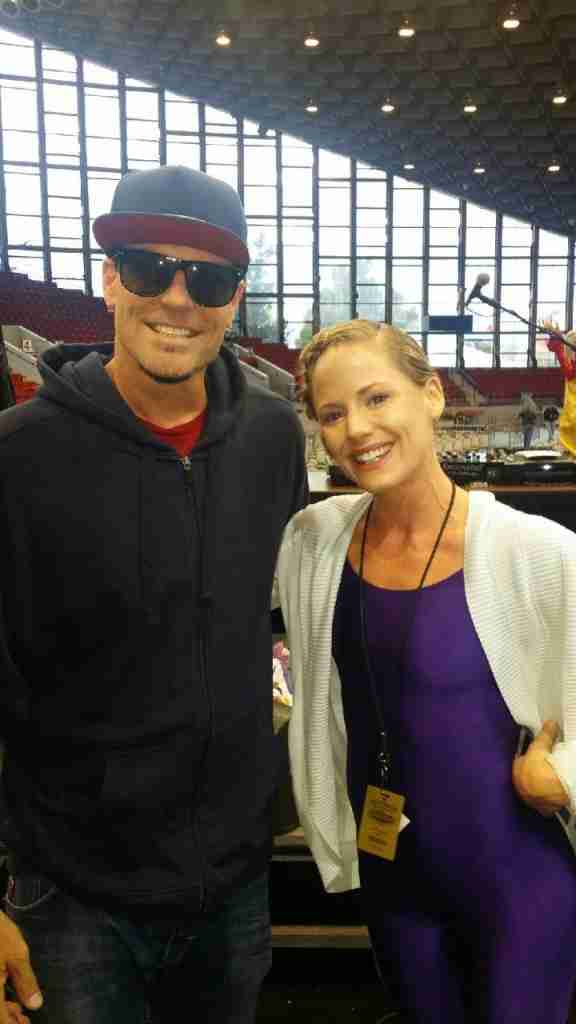