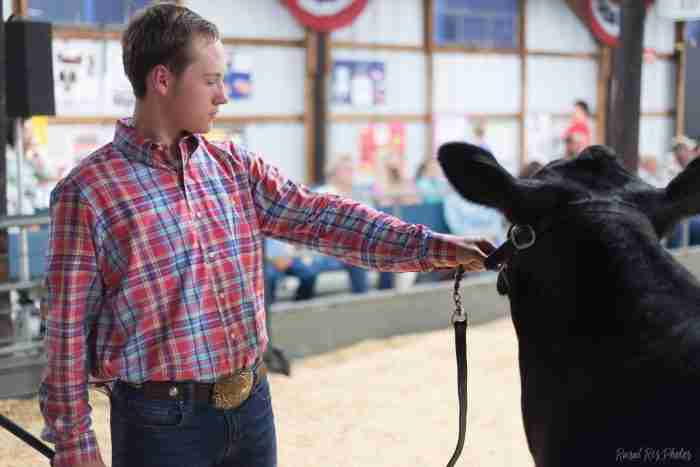 If you were anywhere near the N.C. State Fairgrounds during the first week of June, you probably heard the lowing of cattle. Every year, youth and their families come together with their bovine at the Junior Beef Roundup. This event is all about family, fun and, of course, cattle.

The weekend consists of cattle shows and contests for youth. Cattle of all shapes, sizes and breeds are represented at the show. Classes are divided into breeds such as Angus, Hereford, belted Galloway and more. A breed class can be created so long as there are at least 10 heifers of that breed registered for the show. Commercial cows can be shown, too.

In addition to the cattle shows, there are also other contests. Youth can enter a photography contest that focuses on cattle, farm landscape, people working with cattle, or a cattle event. There is also a graphic design contest where youth create a flier promoting the slogan, “Beef. It’s What’s for Dinner.” These contests encourage youth to learn more about marketing, allowing them to make a connection between the producer and consumer. The final competitions include cattle judging and skillathon contests to test participants’ cattle knowledge and selection skills.

While there is a great deal of competitions, ribbons and prizes to be won, there is also another story to be told. 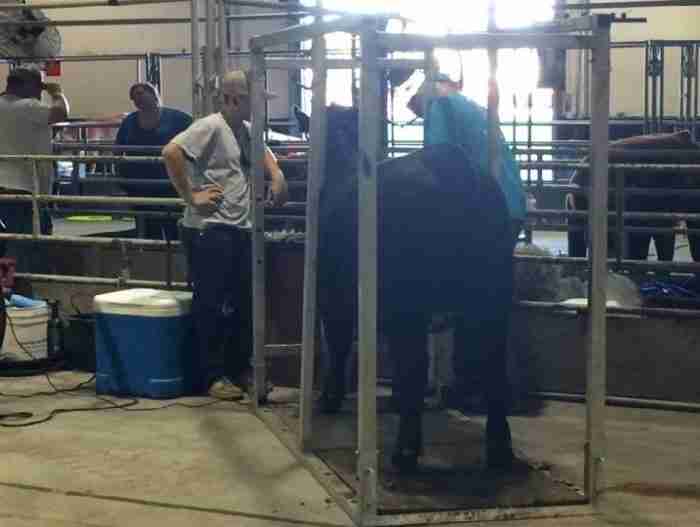 The N.C. Junior Beef Roundup has become a tradition for many participants. There are ribbons and cattle everywhere. More importantly, you find a sense of family.

“It started as a fun thing to do, but has built into a lifelong adventure that we get to pass down through the generations. It became a part of who we are. It’s more than just the chase of the championship drive; it’s seeing our family and our farm grow,” said Avery Faulkner, a longtime participant.

Avery has now aged out of the competitions, but that doesn’t stop him from coming back with his family. His younger cousin now shows, and he enjoys helping and supporting him outside of the ring.

“Time passes, roles change. For me going from the show ring to the makeup area was a big difference, but it’s still just as exciting getting to watch my cousin and see his success and growth as it was to be in the ring myself. That’s more than enough to keep me working towards the next show,” says Avery.

Said Taylor Glover, a senior participant at the roundup: “My favorite part was socializing with friends and helping fellow showmen. I always like helping the younger showmen and making sure they go to the show ring in time. At every show, I learn that it doesn’t matter about what place you get, but it matters about the friendships you make.”

Sure, there are a lot of cattle at the N.C. Junior Beef Roundup, but if you look closely, it’s much more than that. It’s about friends and families.

*Jim Butler Award is given to those who have accumulated points in different categories such as showing, photography, etc.