This year, the State Fair includes close to 200 food vendors and they are all ah-mazing. There are two that came to shine, though.

Al’s French Fries took home the award for 2017 Best Food at the Fair. 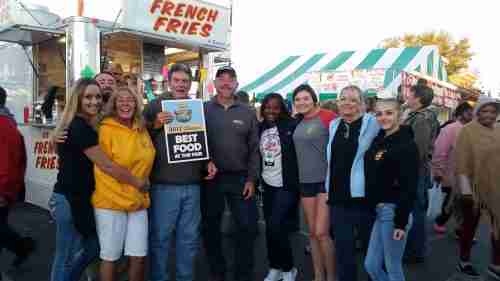 Allison Jefferson Beckwith of Apex, also known as Al, started the business in 1959. Why? No reason other than because he loved fries. Actually, the first two years of business, he sold ice cream. His family keeps his legacy alive by managing two Al’s locations: one outside the Grandstand and one outside the Graham Building.

The 2017 Best in Show for Best Looking Booth goes to … drum roll … Jack’s Fries of South Pasadena, Fl. Fair officials made the selection. 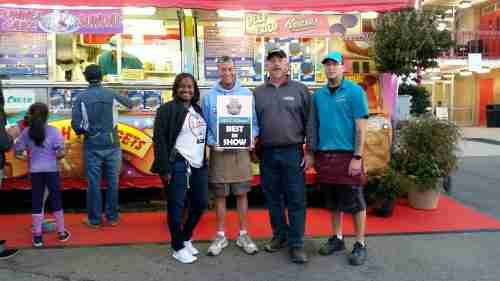 The State Fair’s Letrice Midgett, left, and Ray Frost, second from right, with employees of Jack’s Fries, winner of Best in Show for booths at the fair.

Jack’s owner, Kelly Grout, said his father started the business in 1952. Grout’s family of three manages five booths throughout the fairgrounds, including Jack’s Fries, which is near the Graham Building, and Tootsies near Gate 9. This year, the company celebrate 55 years of business and 40 years at the fair.

If you’re at the fair this year, make sure to stop by the winning booths and show them some 150th State Fair love.

Hi, I go by Turkey Leg (AKA Jessica)! I love the fair and I love turkey legs. Surprise! This is my first year attending the NC State Fair as a staff member and I'm super excited!
View all posts by Turkey Leg →