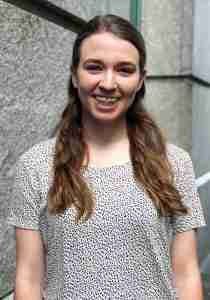 My name is Charlotte Spence, but around here I’m more commonly known as Pumpkin. I’m a rising junior at UNC-Chapel Hill (go Heels!) studying journalism, political science and Spanish. It was no surprise that I decided to become a Tar Heel. My dad, mom and sister all bled Carolina blue before me, and when I was a little girl wearing my cheerleading uniform at football games and shaking my pompoms, I knew I could never root for another team again.

At first, I was terrified to go to a school as big as UNC. But it didn’t take me long to find my niche on campus: The Daily Tar Heel, the biggest newspaper in Orange County, became a staple in my college routine. I never dreamed of becoming a journalist, but I quickly realized that I adore all things writing and editing. The aura of the newsroom has caught my heart, and I’ve made some great friends along the way.

There are few things I love more about North Carolina than the Tar Heels. That being said, the State Fair is a tradition in the Tar Heel state that never grows old for me. As a life long Raleigh resident, I’ve been to countless State Fairs. I’ve ridden the swings plenty of times, and the fried cookie dough vendors probably know me on a first-name basis. I’ve decided to call myself Pumpkin because my favorite part of the State Fair is getting to see the pumpkin crowned largest in the state. I’ve never understood how a vegetable could weigh more than me, and I’ll never stop returning to try to figure out the farmers’ secrets.

One year, we celebrated a friend’s birthday with a late-night trip to the State Fair. All 10-or-so of us bought our lemonade and headed straight for the pumpkins: we were ready. We were devastated to find that, when we arrived, the display had closed an hour before. But to our surprise, the security guard on-call was kind enough to pull out his iPhone and show us the photos he took of The Great Pumpkin. He had done a perfect job — there were photos from several different angles, and he even included the shiny blue ribbon. Although we didn’t see it ourselves, we were happy.

The security guard’s kindness that night perfectly captures the atmosphere of the State Fair. I’m so thrilled to work for an event filled with so many genuine people, exciting activities and great fried food. Even though it’s only my third day, I can already tell this internship has many wonderful opportunities ahead. Thanks to the North Carolina internship program, I can give you a peak into the behind-the-scenes activities of the fair, and how you can make the most of your upcoming experience. Let the games begin!