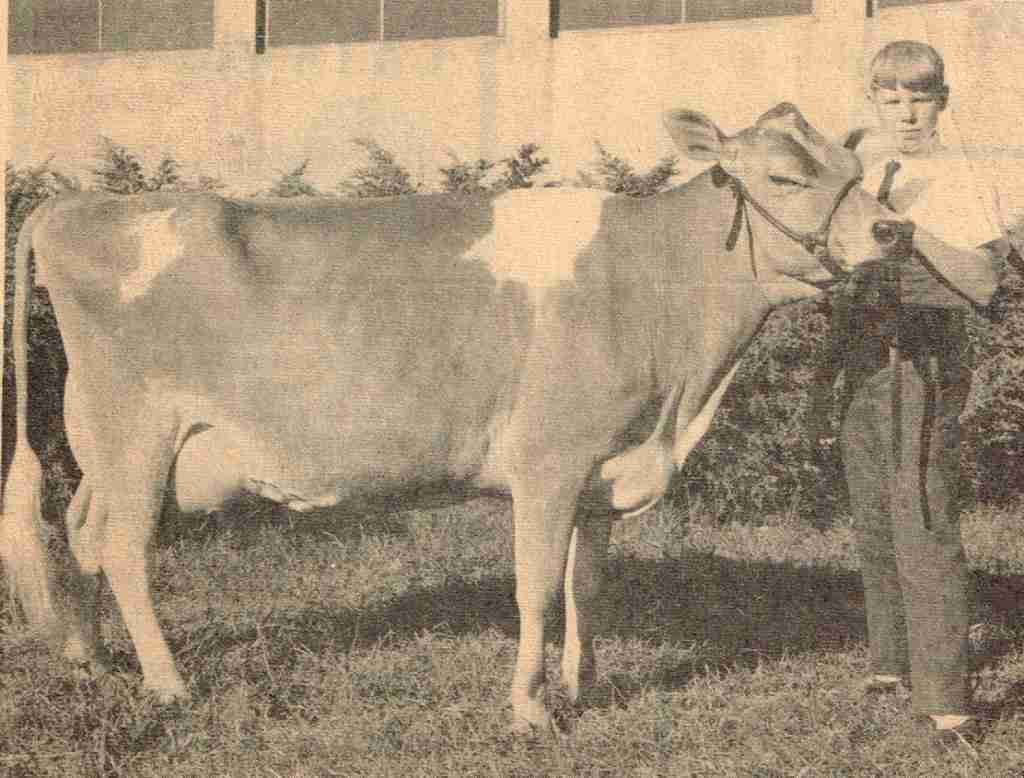 For the past 79 years at the N.C. State Fair, Lutz dairy cattle have always shown.

And in 62 years, Wayne Lutz has never missed an N.C. State Fair. He was 9 months old when he first came to the fair. By age 3, he was showing Jersey cows. Over the years, Lutz has won countless blue ribbons and Best of Show honors. He is also one of the exhibitors who remembers the days of showing in the “cow palace,” an affectionate nickname given to Dorton Arena back when it was used for livestock shows.

“The livestock barns were metal-roof buildings open on the side,” said Lutz. “You had a short walk to Dorton from the barns to show your cows. I remember that walk, and the atmosphere of showing in such a big building.” One of his most memorable moments in Dorton Arena was in 1965 when a young Lutz won the Kenneth R. Myatt memorial award in the junior dairy show. “This award was given to the grand champion of the junior show,” said Lutz. “I was proud to win it the first year it was given.”

“Back then there was a whole barn just for the Junior Livestock show,” he said. “Each county had an area, Rowan County might have 20 stalls. Before you came to the State Fair you had to win a blue ribbon at a county fair. There was a lot of competition, so you always had to do your best.”

For Lutz, showing cows isn’t about winning ribbons, it’s about camaraderie. “Shows are where your friends are, where you have a good time,” he added. He instilled this in his three daughters — Whitney, Kelsey and Avery — who grew up showing at the fair through their 4-H groups. As a family they would travel to livestock shows at the Dixie Classic Fair in Winston-Salem, the N.C. State Fair, even fairs in Ohio and Florida when his daughters were younger.

This past Sunday Lutz, along with three others, was inducted into the N.C. State Fair Livestock Hall of Fame. He joined a group of 145 other men and women who are strong supporters of livestock at the fair. Lutz was honored for his longtime involvement and support of shows at the fair. Many 4-H kids have grown up showing Lutz’s cattle at the fair. 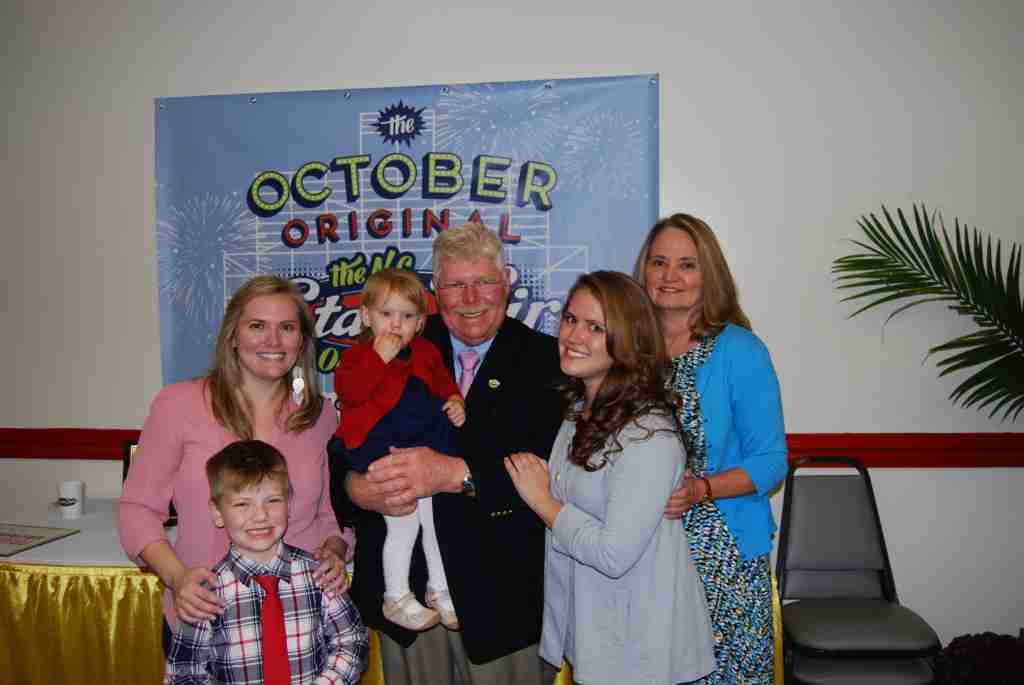 Wayne and Karen Lutz with daughters, Whitney and Avery, and grandchildren Coet and Piper.

“Lutz cattle have shown at the N.C. State Fair for 79 years and will continue to show at the fair,” he said. Lutz has grandchildren who will be able to follow the family tradition. “Showing cows is about trying to have fun,” he said. “If we do good, that’s great – if not that’s OK, too. What I want to be known for is having a good time, making people laugh and having a good time.”

Dairy cattle shows start Friday in the Jim Graham Building. Check out the daily schedule for times of shows.