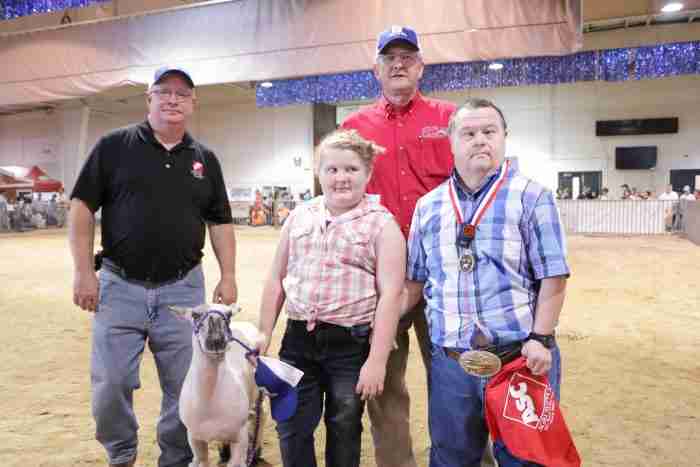 Smith started attending livestock shows with his nieces in the 1980s as they exhibited livestock in the youth shows. But as he traveled with his family to livestock events across the state, Smith, who has Down Syndrome, never had the opportunity to participate in a show. He helped behind the scenes by keeping the stalls clean.

At the 1996 N.C. State Fair, Smith was given the opportunity to walk a goat through the show ring before the shows started. A family friend found a ribbon in their tack box and presented it to him.

To Smith, it was his first prize and he was hooked on competing. With work from family, friends and former State Fair livestock show staff members Carol Turner and Chuck Miller, Smith could officially show in 1997, and the N.C. State Fair Special Awards Livestock Show was born with just one exhibitor. 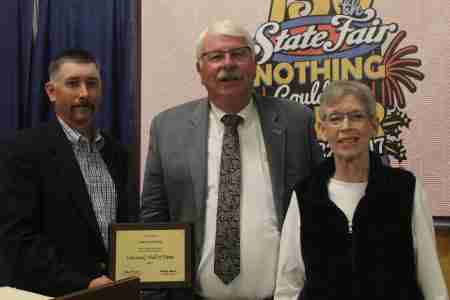 Turner and Miller not only ensured the Special Livestock Show would take place, but that the exhibitors would receive awards and premiums just like the youth exhibitors. Long-time sponsor Agri-Supply supports the show as well with hats and T-shirts for the exhibitors.

In 1998, Smith brought a friend who also had Down Syndrome, and the program continued to grow from there. In fact, the show grew to where it couldn’t be contained on one weekend, and another Special Show was started on dairy weekend to reach additional special exhibitors. Now, the show reaches more than a hundred special exhibitors each year.

Smith, now in his mid-50s, still participates. On Sunday, Oct. 15, he and Turner were honored with induction into the N.C. State Fair Livestock Hall of Fame. “Smith was not only the catalyst for Special Shows at the State Fair, his desire and enthusiasm has opened other special shows across the state at county and regional fairs,” said Agriculture Commissioner Steve Troxler. 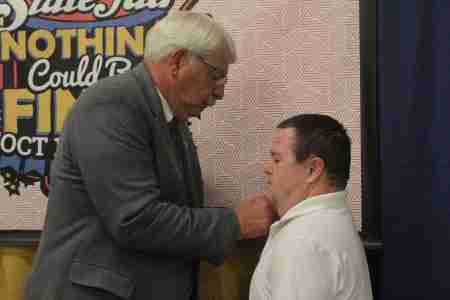 “Mike is a leader and an example. He shows us that one person can make a positive change just with determination, enthusiasm and commitment.”

Turner retired in 2010 from the the N.C. State Fair Livestock Office. She returns each year to assist in the Special Awards show that she was such a driving force to get started.

“Carol is an inspiration to many,” Troxler said. “But to the families of the Special Show exhibitors, she is a hero. If you have ever watched it, it’s easy to see what a powerful event it is, and an opportunity for special needs exhibitors to get up close and personal with animals they otherwise might not see or touch.”

The Special Awards show for dairy goats will take place Sunday, Oct. 22, at 2 p.m. in the Exposition Center and for dairy calves at 3 p.m. in the Jim Graham Building.