The modified lawn mowers featured at the Got to Be NC Festival were not your grassy yard variety. Contestants took to the muddy track in the Sam Rand Grandstand early this afternoon to showcase their souped up mowers and driving skills. 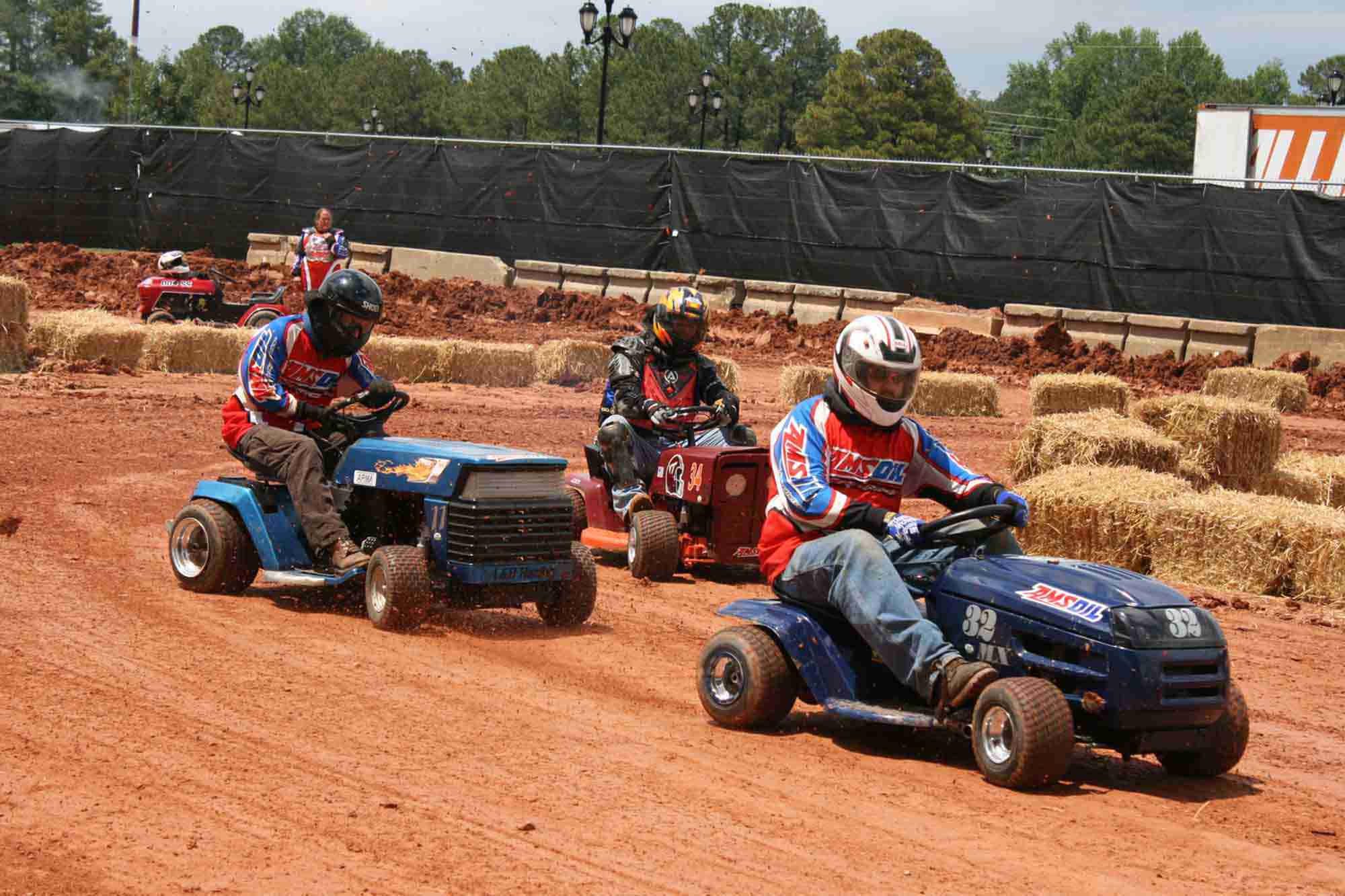 Racers speed around the muddy track at the Got to Be NC Festival.

Beginning the races, WQDR’s Marty Young and Mike Wheless braved the track for a friendly competition. After experiencing some mechnical difficulties, Wheless took second while a victorious Young crossed the finish line before a cheering audience.

The next races featured plenty of mud slinging. Drivers hung on as the low mowers skidded through turns spewing small flecks of mud behind them.

In addition to bragging rights, winners earn trophies and points toward the national championship.

The racing continues until around 7 p.m. this evening.