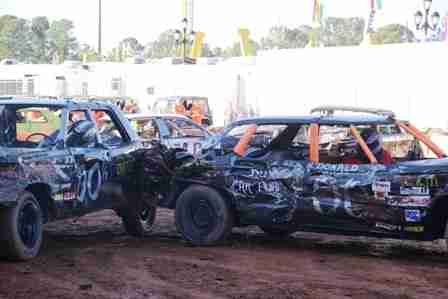 The State Fair Demolition Derby championships took place this afternoon, and drivers in four categories rolled away with victories.

In the 4-cylinder championship, Jimmy Goodman of Wilmington bested Rickey Cooke of Jamestown.

Jimmy Cisco of Raleigh took out Donald Stokes of Goldsboro to win the 6-cylinder title.

And Chris Lane of Goldsboro won the 8-cylinder championship by knocking out the car driven by Jenna Camptella of Raleigh.