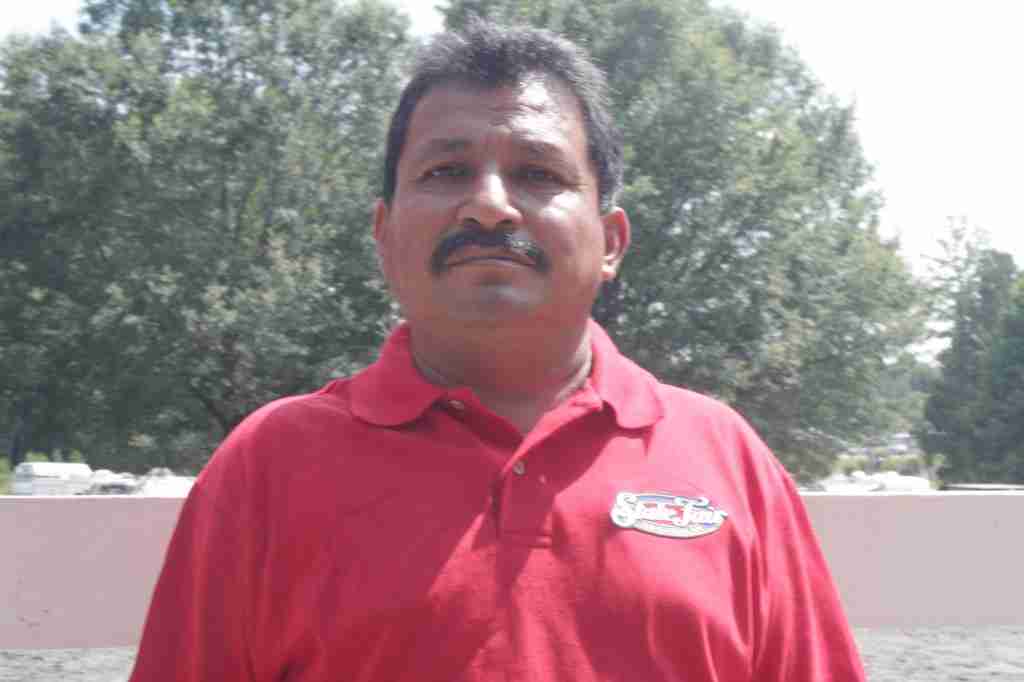 When most people think of the N.C. State Fair, they think of food, rides, games, giant pumpkins and livestock shows. When Jose Silva thinks of the fair, he thinks horses.

Matter of fact, as a facilities maintenance coordinator at the Hunt Horse Complex, Jose thinks horses all year long. “I am involved with everything that goes into making sure the barns are clean,” Silva said. “Sometimes we just have about four hours between shows to clean the stalls and make sure there are no nails.”

Silva has worked at the Hunt Horse Complex since 2002. With an average of 58 shows per year, there is usually a lot of activity. The complex has five permanent and one temporary horse barns for a total of 485 stalls.

The Horse Complex is rented 360 days out of the year and thousands of horses move through the facility. With such short turnaround times between shows, Silva and his crew must clean and disinfect stalls, level out the arena floor, remove debris from outdoor riding rings and make sure any maintenance issues that have come up are completed.

One of the largest shows that Silva prepares for is the annual N.C. State Fair Horse Show, which begins before the fair starts. Silva, and other workers, often work around the clock during this busy time. “Once I left the horse complex late and got stuck in traffic,” Silva said. “I realized I only had a few hours before having to return so I turned around and slept in the show office.”

Despite the busy schedule, Silva loves his job – and horses. And even though he is very busy at the horse complex during the fair, he tries to get across Youth Center Drive at least once to enjoy some roasted sweet corn.

Silva’s journey to employment at the N.C. State Fair is an interesting one. Originally from Guanajuanto, Mexico, Silva ran away to Washington state in 1979 when he was 13 years old.

“I went into a convenience store where the person working was Hispanic and asked him to write that I was looking for a place to stay and work,” Silva said. “He wrote it on a piece of cardboard and I held it up outside the store. Eventually someone came and offered me a job and place to stay. The person took me inside to have the worker explain to me where I was going and what I would be doing. I lived with them for four years and worked with the apple orchards and grapes.” 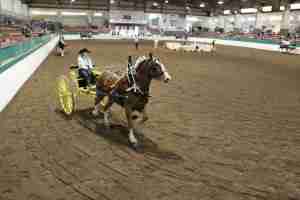 Silva became a U.S. citizen in 1997 and continued to work in Washington. He spent a few years working at the Seneca Fruit Processing Plant and with the wine industry. He ended up moving to North Carolina and taking a job at the fairgrounds. Silva and his wife live in Raleigh but travel back to Mexico each year to visit family.

In his free time Silva enjoys spending time with his wife and taking her “wherever she wants to go.”

This year the Horse Complex is hosting the Year of the Horse Celebration. In addition to regular horse shows, the complex will have five-minute riding lessons, a parade of breeds, obstacle courses and headline shows. Show organizers hope this addition will encourage more fairgoers to check out the horse complex while visiting the Fair. These extra events will likely keep Silva and other staff busy as well, but not so busy that there isn’t time for an ear of sweet corn.