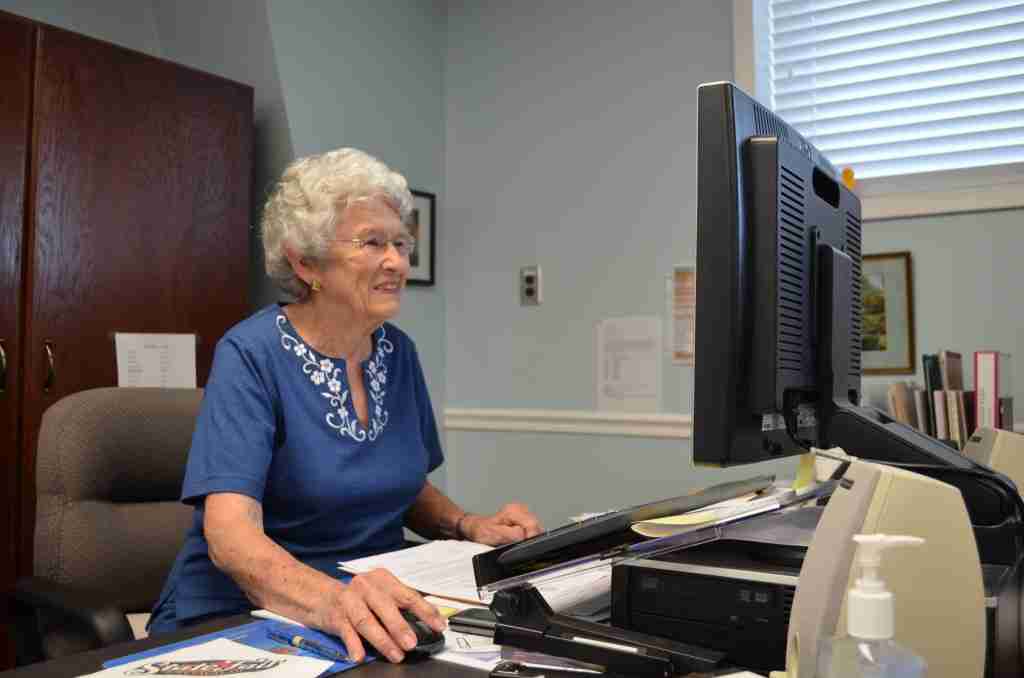 Eleanor Upchurch at work in the entry office at the fairgrounds

For Eleanor Upchurch, stopping to smell the roses is just a pleasant bonus to her job. During the fair, Upchurch works as an assistant to the flower show superintendent.  “My main responsibilities are assisting the judges when needed, getting employees the supplies they need, and making sure things run on schedule.” She loves her job and sometimes can’t believe that she gets paid to work.

Her work supports the busiest general competition show at the fair. Last year, the flower show had 4,402 exhibits spread out over three shows and offered almost $40,000 in prize money. Upchurch stays busy receiving entries and assisting judges with three shows during the fair. “The flower show is the only competition that has three shows,” she said. “The first show is potted plants, and it is the biggest. The next two are cut flowers and they are not quite as big.”  Turning over the flower show building three times during fair week is a tough job and means that the workers in this part of the fair stay in competition mode all week long.

Upchurch has been working with the fair since 2000 and has seen a lot of changes in the past 14 years. “When I first started with the fair, the entry staff had to hand write every entry tag,” she said. “Now people can enter online and it has really sped up the process.”  This year the entry office saw another significant change as the State Fair premium book transitioned to an online-only publication. Instead of mailing out premium books or encouraging people to come to the fairgrounds to pick one up, the fair is encouraging people to go online to register. The entry office has also set up a computer for people who may not have access to the premium book online. Her advice for people who want to enter the flower show, or any of the competitions at the fair, is to call or come by the entry office and learn about how to enter.  “Better yet, just come on out to to fair and see what’s there.” Last year, 10,552 people entered competitions at the fair. 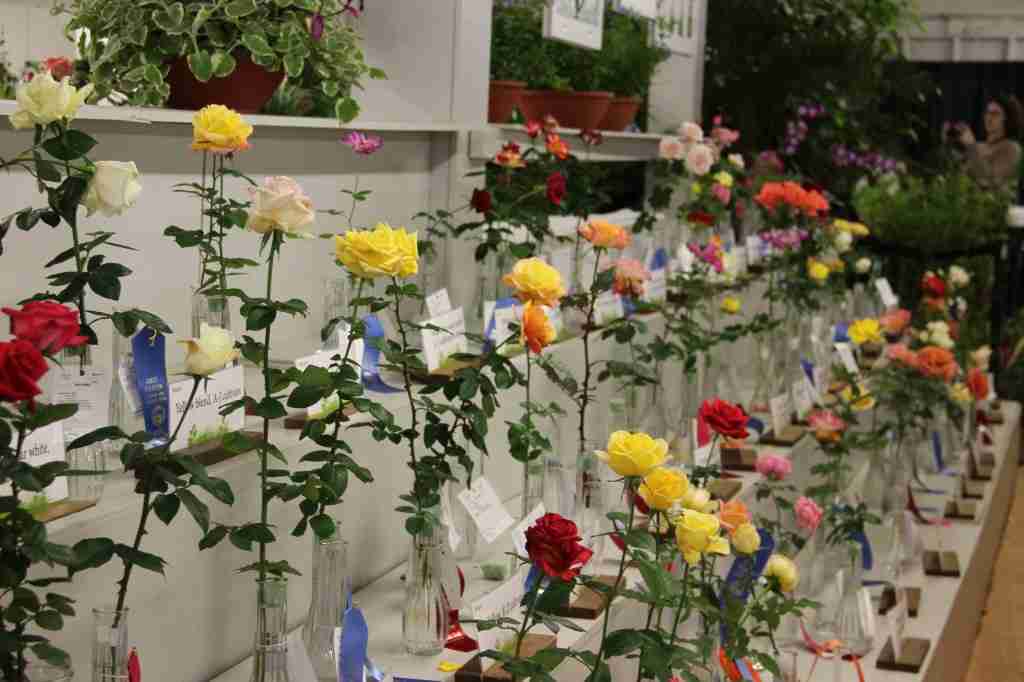 Upchurch assists judges and the flower show superintendent with the three shows held during the fair. Cut flowers, such as those pictured above, are part of the second and third shows.

“I used to enter flowers before I began working in the flower show,” she said. Now she has grandchildren that enter the shows. “My 13-year-old grandson has won a special award in the junior division for flower arrangements and my 16-year-old granddaughter has entered cut flowers over the years, too,” she said.  They have always helped me with growing flowers.” Upchurch has six grandchildren and two great grandchildren. Her first trip to the fair wasn’t until she married and moved to Raleigh in 1979. “Before then, I would always go to the county fair in Greensboro,” she said. “My children grew up coming to the N.C. State Fair.”

Of course the flower show is Upchurch’s favorite part of the fair, although when pressed she’ll tell you that her next favorite area is the handicrafts and hobbies located beside the N.C. State University ice cream booth.  “It’s also not the fair without getting out on the grounds for a hotdog and a ham biscuit,” she added.

Working on the N.C. State Fair keeps Upchurch busy during September and October. During the rest of the year, she helps with the year-round events at the fairgrounds.  “Three days a week, I help with contracts, invoices, filing and answering phones,” she said. In her spare time she likes to read, knit and play canasta and bridge.  “In fact, I often have ladies that come over on Fridays and we will play cards all day.”