Home Fairgrounds Events I hear a train a comin’

I hear a train a comin’

Fairgoers and train enthusiasts won’t want to miss the working model train display that will be a new addition to the Flower and Garden Show at this year’s State Fair.

The display is the creation of the N.C. Garden Railroad Society, which has turned a roughly 10-foot-by-40-foot plot of land into a miniature village setting complete with a church, a train depot, a barn, a trestle bridge and other buildings. 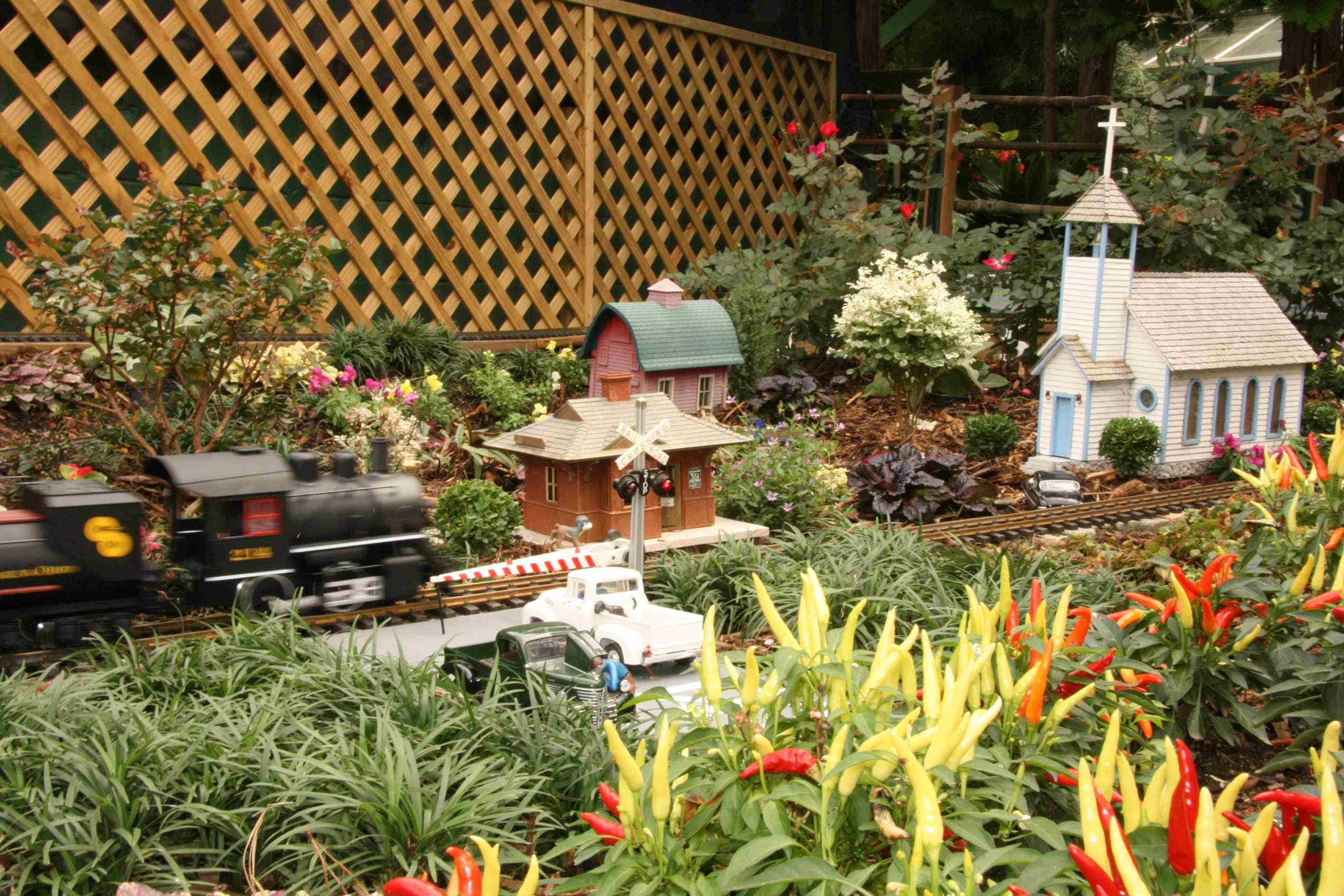 The N.C. Garden Railroad Society's train and garden display is a new addition to the State Fair Flower and Garden Show area.

The plan is to run two trains during the Fair around the roughly 75 feet of train tracks.

A variety of plants are incorporated into the scene to give the appearance of trees and a natural landscape. Brightly colored ornamental pepper plants with yellow, orange and red fruit give the illusion of trees heavy with fall leaves near the tracks by the church.

Rose bushes are larger “trees” in the setting, joined by lamb’s ears plants, ajuga, a wide variety of sedems, herbs and lime-green ground covers to provide texture and detail to the landscape.

The group included a few whimsical items to complete the scene: an outhouse with a working light and some wallpaper, a broken-down truck and even a dog. People, farm animals, an assortment of cars and a working railroad crossing are also part of the display.

Go to the NCGRRS Web site  to see more photos that show how the train display came together.