Home 2018 N.C. State Fair Growing up in the Village of Yesteryear

Growing up in the Village of Yesteryear

Instead of having visions of sugar plums, Emily Fleenor and Sara Gatilogo dreamed of making corn shuck dolls and painting eggshells throughout their childhood. 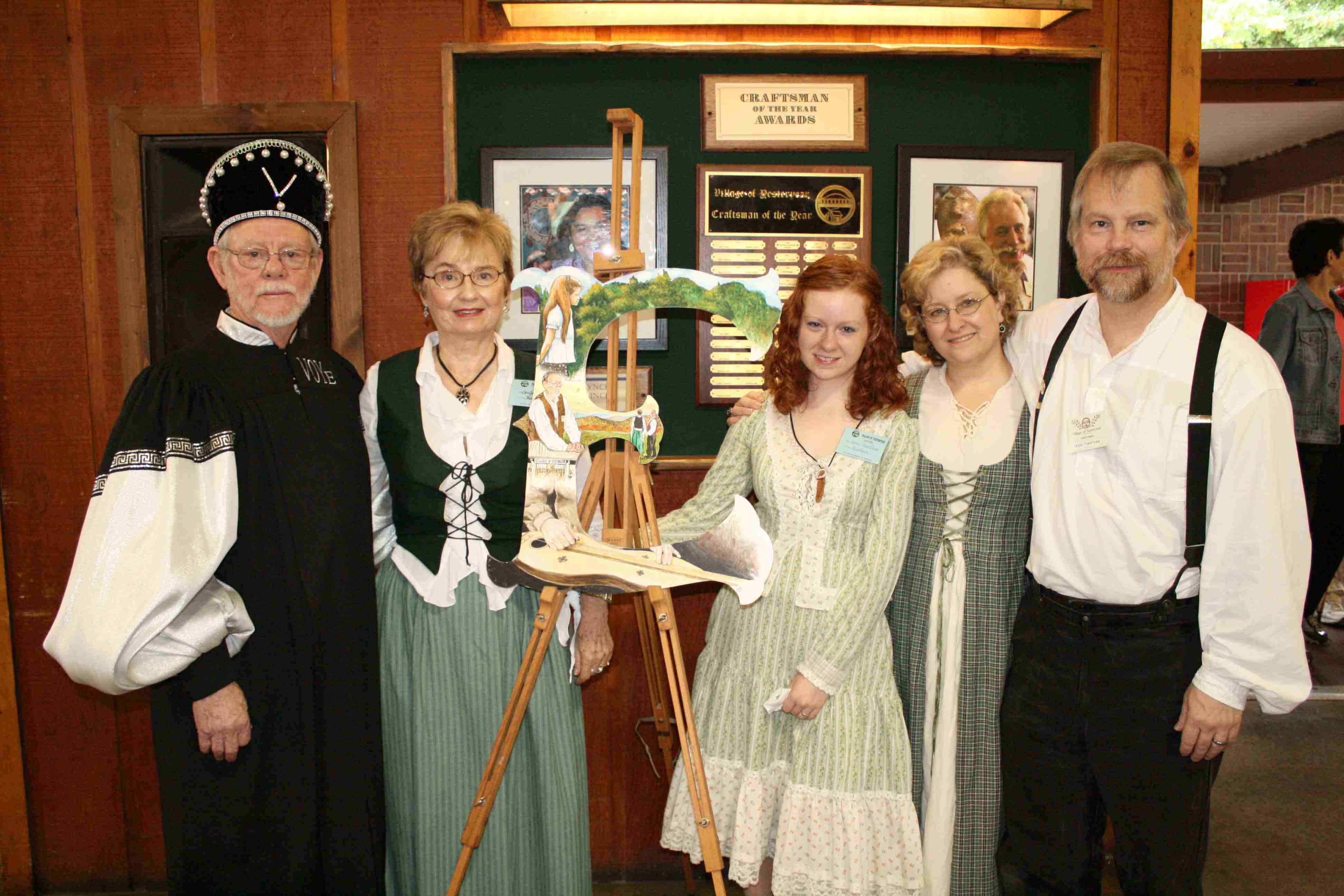 Sara Gatilogo (center) poses with her parents (right) and grandparents (left) in 2009 at an event to honor Jim Trantham’s work in the Village.

Fleenor and Gatilogo are the granddaughters of Jim Trantham, an instrument maker in the Village of Yesteryear who served as director for many years. At a young age, the kids and their father, Doug, formed a family band using Trantham’s handmade banjos, guitars and ancient instruments such as dulcimers.

Their booth in the Village featured these items for sale, along with CDs they had made of their music. When the girls were seven or eight years old, they started attending the fair and teaching the Village visitors how their instruments worked. Before long, they felt at home among the community of experts and were proud to pass along their skills.

“We were a single income household except we had this thing that we did as a family, and in that way, it was what working on a family farm might have been like,” Fleenor said. “We all contributed, and it gave us a good sense of how to be a part of the family team.”

“We would even have to practice as one of our chores,” Gatilogo added. “I’d do the dishes, clean my room and practice.” 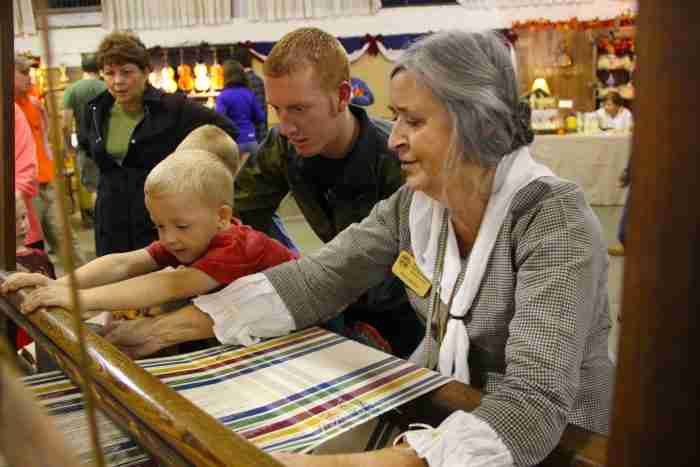 The girls didn’t expect to enjoy selling their music at the Village as much as they did. In fact, they ended up taking time off school each year to attend from then on. But it wasn’t just about their own booth – they quickly realized that the Village was a place of learning, and developed crafting skills of their own. Fleenor remembers creating dolls, staining glass and making lace while Gatilogo spent her time braiding rugs, folding paper stars and weaving stool tops.

“Once the artists started teaching us, I was sold,” Fleenor said. “I was coming in every day of the Village for the rest of my life – I was sure of it.” 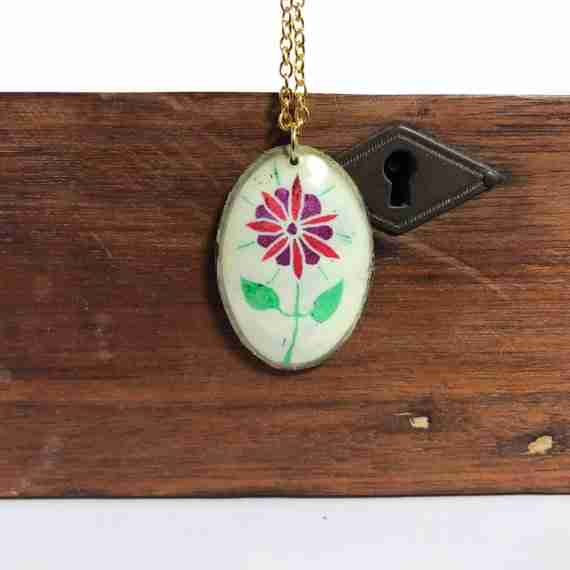 Ultimately, the craft that inspired them to take up an art hobby was Ukrainian egg dying. They became close with the booth owner, Kit Lennon, who taught them to use wax to make designs and layer different colored dyes to decorate eggshells. Once they learned how the process worked, Fleenor and Gatilogo put their own twist on it and started to make earrings and necklaces out of the eggshell art.

As the years went on, the crafters became like family to them, and the girls thought of them as their aunts and uncles. The artists taught Fleenor and Gatilogo everything they knew how to do, and even helped them with their homework during the fair – the husband of one woman who sold origami knew lots about calculus, and the wood carver was an expert in chemistry.

“It wasn’t just crafts – it was also life skills,” Fleenor said, “and that’s what the Village is all about. You can learn to do anything if you have a teacher and some time.”

They realized in adulthood that it was rare to carry that kind of ambition, and that the Village had helped them build their confidence and find their passion – both have careers in education. The sisters don’t describe themselves as artists, but as makers with creativity at their core. Even though design doesn’t come naturally to them, Gatilogo said that being artistic is a skill you can nurture. 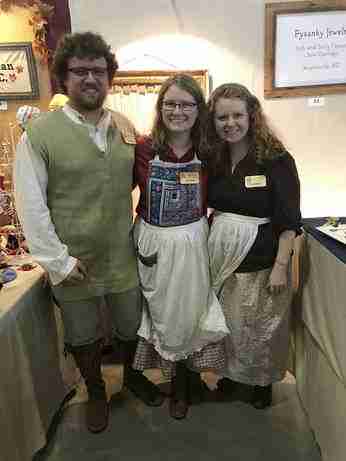 Josh (left) and Emily Fleenor (center) pose at the booth with Sara (right) at the 2017 Village of Yesteryear.

“Most people see something cool and think, ‘I could never do that,’” she said. “But we have a different worldview because from a very young age, we knew that we could if we wanted to.”

Saying it’s “better than Christmas morning,” the two sisters – both now married with children of their own – feel a special kind of magic when they set foot in the Village of Yesteryear to sell their jewelry. For them, it’s not only a crafter’s paradise they frequented as kids, but a timeless wonderland filled with creative opportunities, nostalgic music and old friends.

“We were worried that returning to the Village would ruin the childhood illusion of this awesome thing we did as kids,” Gatilogo said. “But last year when we walked into the building together, we had that exact same excitement we had felt years ago.”