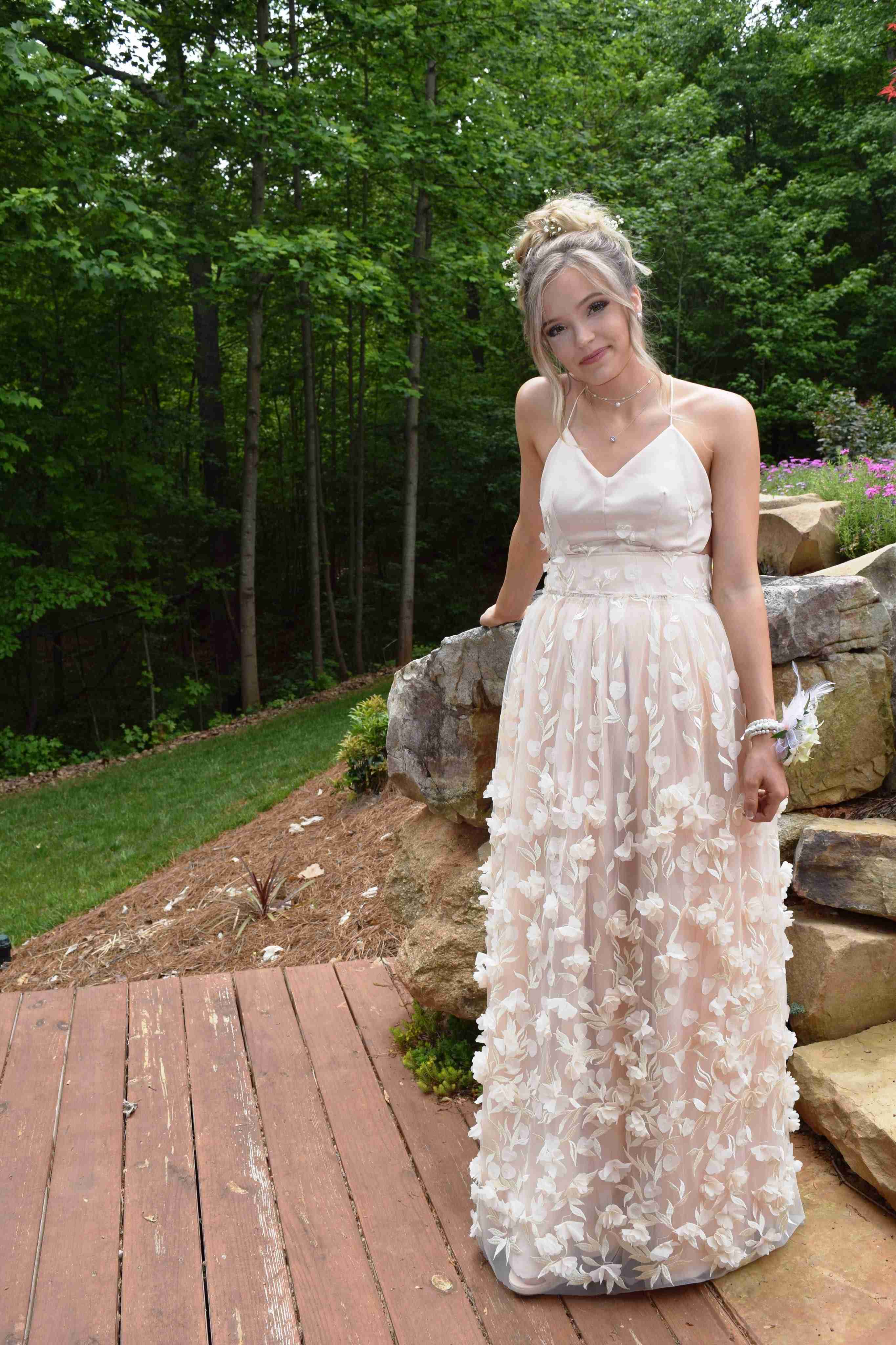 Moore poses for a photo in her handmade prom dress earlier this year.

Moore is now a freshman at the University of Florida studying costume design. But just a few months before moving into her dorm room down south, she was stitching the finishing touches on her handmade dress.

“I wanted to challenge myself,” she said. “I would say I probably spent about 20 to 30 hours on this dress.”

Little did she know that it would go on to win first place in the fancy dress category made by youth 14-to-18 years of age at the N.C. State Fair. Clothing entered in this competition is judged on general appearance, design in relationship to fabric selection and workmanship – the latter consisting of detailed criteria such as uniformity of seams and perfection of stitches.

“It was incredibly fulfilling to win since this is the first clothing piece I’ve done mostly by myself,” Moore said. “It’s really amazing to see that people think it’s interesting.”

You wouldn’t know it by looking at the winning dress, but Moore said she gained expertise from working on costume design for school productions such as Cinderella and looking up tips and tricks on the internet. 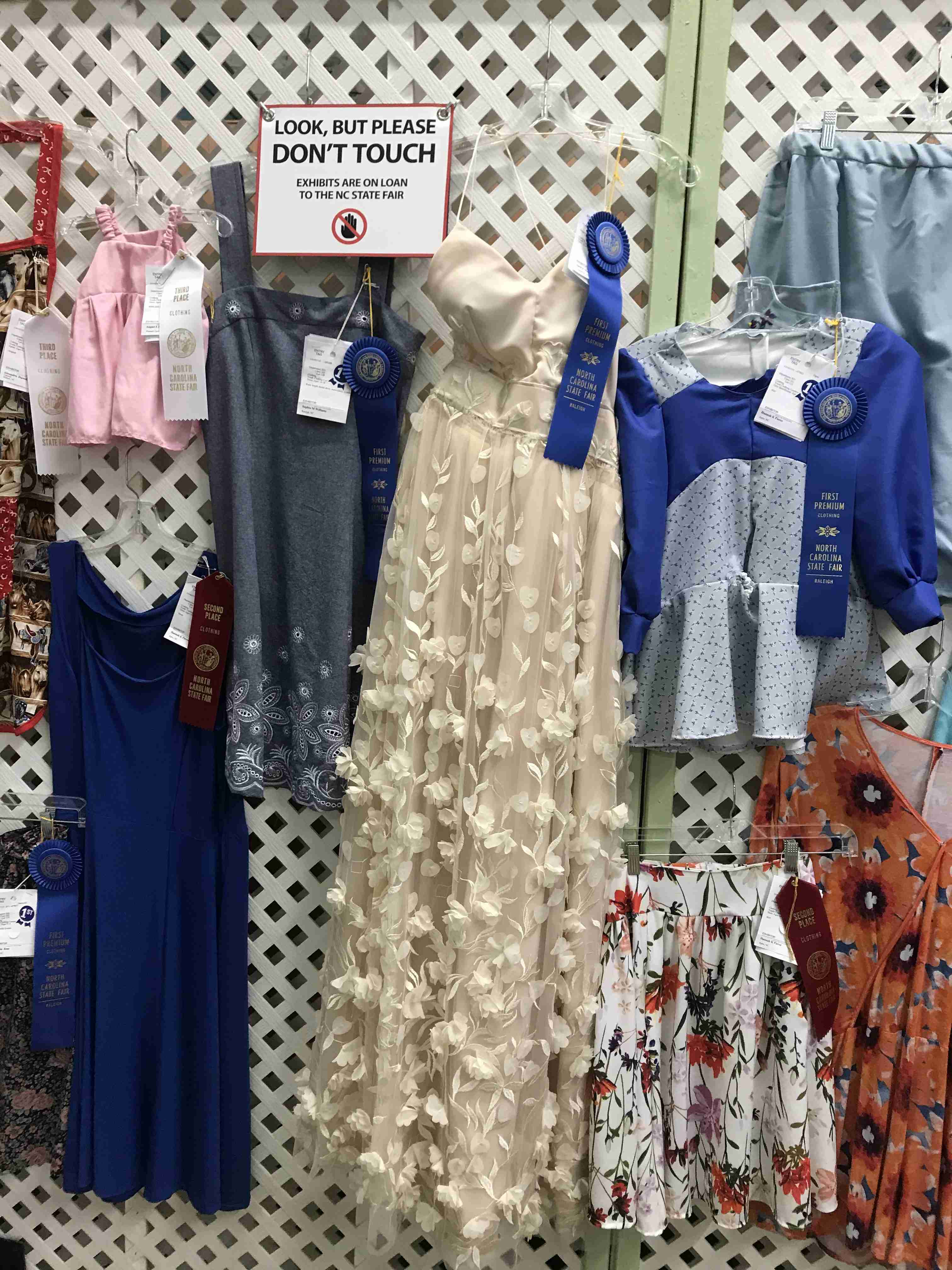 The award-winning dress is on display inside the Education Building on the fairgrounds.

“My inspiration actually came from the flowery fabric,” she said. “I originally wanted a burgundy dress, but I changed my whole idea when I saw the fabric.”

Moore said her friends and family were incredibly supportive of the idea for her dream dress. In fact, her mother was the one who convinced her to enter it into the fair.

But her most memorable moment with her family was seeing the Broadway show Hamilton for her 15th birthday – it was then that she was sure she wanted to pursue costuming. With the confidence boost from the fair win, Moore has a plan to use her talent to help others in her career.

“My dream job is to be an actor or designer that does a lot of philanthropy on the side,” she said. “I’ve always wanted to help kids in the hospital – my current idea is to do this through creating superhero or princess costumes to help them get through their treatments.”