No one thing makes the State Fair spectactular, it is the coming together of all the elements through the sights, sounds, smells and tastes that lets you know you are in for more than the ordinary. That’s one of the things I love about the Fair -the variety.

Variety is certainly what you will get in terms of music at the State Fair. Everywhere you go on the grounds, you can hear music. Whether it is on the outdoor stages, Dorton Arena, the Folk Festival, the rides or even the vendor booths, music hangs in the air.

The Bluegrass Stage in Heritage Circle and the Waterfall Stage near Dorton Arena will feature several new musical acts this year with a range of experience and sounds. 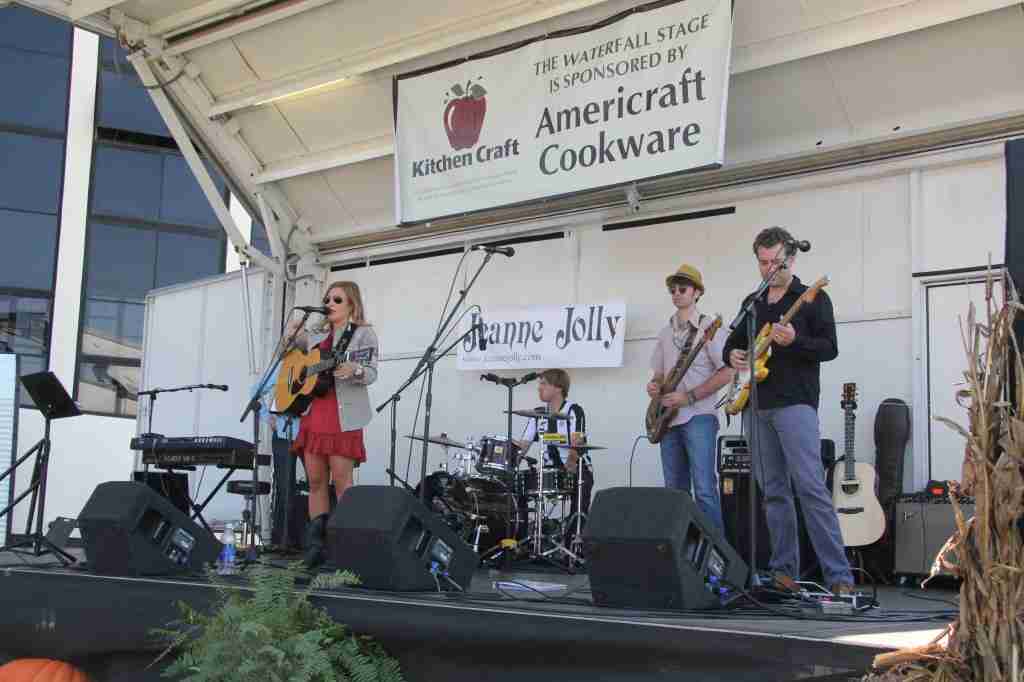 The Bluegrass Stage will host Grammy-nominated bluegrass artist and country music singer-songwriter Larry Cordle. Cordle is best known for the song “Murder on Music Row.” Originally on Cordle and his band Lonesome Standard Time’s 1999 album by the same name, the song was peformed that year by George Strait and Alan Jackson on the Country Music Association’s awards show to much buzz.

In 2000, the song received the Country Music Association’s award for Vocal Event of the Year, as well as the CMA’s Song of the Year.  It was also awarded the Song of the Year at the 2000 International Bluegrass Music Awards.

Cordle’s songs have been recorded by some of the biggest names in country and bluegrass music including Garth Brooks, Ricky Skaggs, Alison Krauss, Trisha Yearwood, Rhonda Vincent, Reba McEntire and others.

New this year to the Kitchen Craft Waterfall Stage is Louisburg native Larry Frick, who is working to make a name for himself in country music. Frick has been a regular performer at the Longbranch in Raleigh, has recently performed at the legendary Wildhorse Saloon in Nashville in addition to clubs and bars up and down the East Coast. Frick and his band perform many of today’s hit country songs in addition to a few originals.

Also new to the Kitchen Craft Waterfall Stage is the Reality Show Band, a Triangle-based group with a set list that ranges from Motown classics to disco to contemporary R&B and even some country thrown in for good measure.

This versatile group knows how to get a crowd up and dancing, whether performing such popular beach music hits as “My Girl” by the Temptations or “Under the Boardwalk” by the Drifters or the uptempo hit “Single Ladies” by Beyonce or Aretha’s classic “Respect.”

Singer-songwriter and Raleigh resident Jeanne Jolly will return to the Kitchen Craft Waterfall Stage debuting the release of her first full-length album, Angels. The classically trained vocalist, who performed at the 2010 State Fair, is coming off a summer tour out West, with her album set to release Oct. 2.