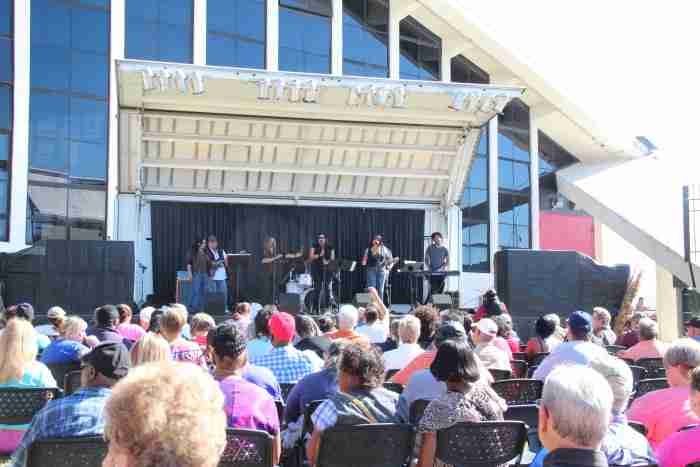 It’s quite a task to be the company behind the booking of musical acts for the Homegrown Music Fest at the N.C. State Fair. For the second year, Deep South Entertainment has been up for that challenge. We recently caught up with Amy Cox, managing partner for Deep South Entertainment, about showcasing talent at the fair. Amy also gives us a few hints for what acts to watch at this year’s fair.

Last year was Deep South’s first doing the NC State Fair. What lessons did you learn?

“Tame our ambition. We were really excited to showcase all kinds of music. On the Waterfall Stage last year we booked a different band every hour. Load-in and load-out with fair traffic was a huge challenge. This year we have tamed it a little bit and allowed artists to have more stage time – every act has multiple sets.”

You book a lot of festivals throughout the year. What makes the State Fair different?

“We book several festivals such as the Oak City 7 and Pickin in the Plaza, which runs 14 Thursdays in downtown Raleigh, the Out! Raleigh Festival and Farm Fest in Selma. The fair is different from most festivals because music is not the main attraction, it is an added attraction. For many festivals we do, music is the main draw. The fair offers an amazing opportunity for lesser known acts to be in front of people they otherwise wouldn’t have the opportunity to play for. The true beauty of the fair is exposing people to talent they wouldn’t see otherwise.” 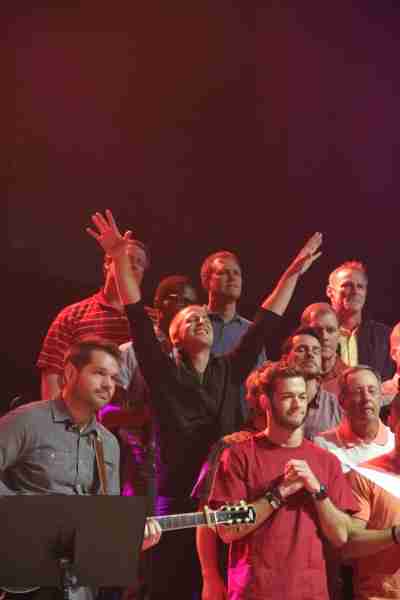 Summit Church was featured at one of two nights of Christian music in Dorton Arena at last year’s Fair.

What has the response from performers on the opportunity to play the Fair?

“The foot traffic alone is incredible for performers. All the groups have been super excited. I think a lot of the acts see this as their home state giving something to them so it’s a win-win for everyone. The groups get to play, express themselves and then do other fun things at the fair.

Over the year’s the State Fair has been been a place that has showcased bands on the cusp of making it big. Any groups we should be watching this year that might be on the verge of a breakthrough?

“Delta Rae and Kaitlyn Reed both have signed major record deals. They are definitely ones to watch. We were really excited that the week we announced he was coming to the fair, Chris Lane’s single ‘Fix’ went to No. 1 on the country charts. Kasey Tyndall, who is performing with Chris Lane, is doing very well in Nashville. She played the fair for the very first time last year with the Charlie Daniels Band, but Chris Lane asked to bring her. We think she’s great, too.

On the Waterfall Stage, I think Happy Abandon has staying power. They are an indy-rock alternative group that is graceful and a little heavy at moments. We also have Katie Basden. She was on ‘The Voice’ last year and has an incredible voice. As for country acts, Norlina and Josh Phillips have a lot of buzz.

On the Heritage Circle Bluegrass Stage, we have a lot of groups that really turn heads. Jonathan Byrd is an amazing Americana act that travels around the world. Actually he is lesser known here than he is in other countries. Christiane & the Strays is a great group with an incredible voice and great songwriter. They just released a new album. I also really like Hank, Pattie & the Current; they are one of my favorites.” 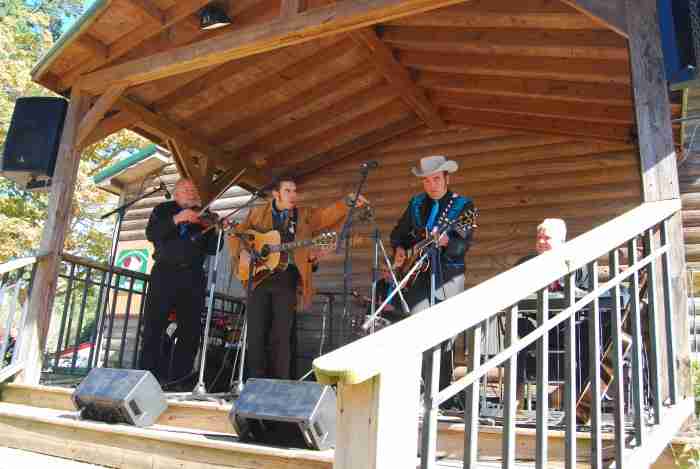 What is the hardest part in booking?

“Saying no and stretching the $$$. Last year, after we got the contract, we put up an online portal for bands to submit interest in playing the fair. We got 900 submissions. Even with the number of acts we booked we barely scratched that number. This year we have a couple of repeats but it’s mostly new acts. We try to be very diverse, open to talent across the state and give as many bands as we can the opportunity to play the fair.”

So this question wasn’t on my list, but just curious, how did you do with the long fair hours?

“I was actually impressed with my stamina. We are used to doing festivals, which can be 20-hour days. But this was an 11-day event – which was a long time.”