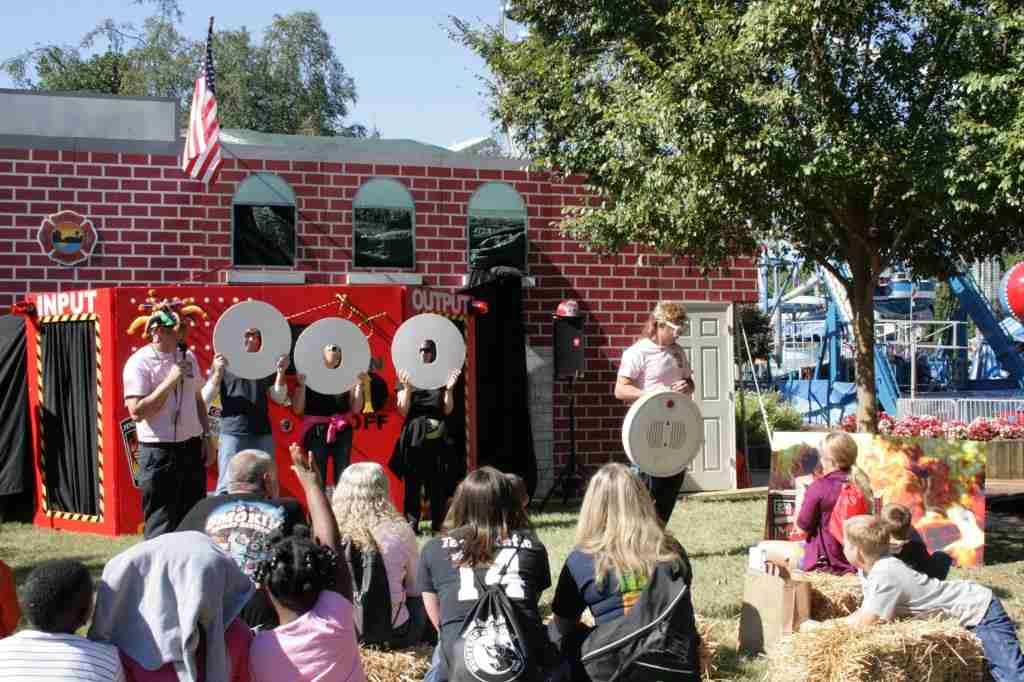 Firefighters Daniel Brown and Holt Alcon get the parents involved to show the importance of working smoke detectors.

“Fire Departments from across the state bring their clowns, puppet friends, inflatable fire prevention houses and other props,” said Jan Parker, fire prevention specialist with the Office of State Fire Marshall. “We bring the best fire education teams from across the state to perform at the fair. Our biggest group is the Elizabeth City Fire Department, which brings 18 firefighters for their shows the final weekend of the fair. They even came the Wednesday before the fair opened to build their set.” Other fire departments participating include: Rocky Mount, Raleigh, Greenville, Thomasville, Wadesboro, Pinecroft-Sedgefield and Chapel Hill.

Daniel Brown and Holt Alcon from the Pinecroft-Sedgefield Fire Department skit included magic tricks that encouraged kids to stop, drop and roll, and even gets parents involved to show the importance of working smoke alarms, and listening to the alarms if they starting beeping. The skit also showed the importance of replacing the batteries in the smoke alarms to keep them going strong.

“The main goal of our fire education teams is to educate families about working smoke alarms and fire escape plans,” said Parker. “This is an important message for families to hear because we are actually seeing an increase in the number of fire deaths in North Carolina. This year we have had 67 fire-related deaths already and still have a few cold months, when families are using their heaters and fireplaces more, to go.” In 2013, North Carolina had 75 deaths from fires.

The Fire Safety Show is in Kiddieland Fun Park daily at noon, 3 p.m. and 6 p.m. 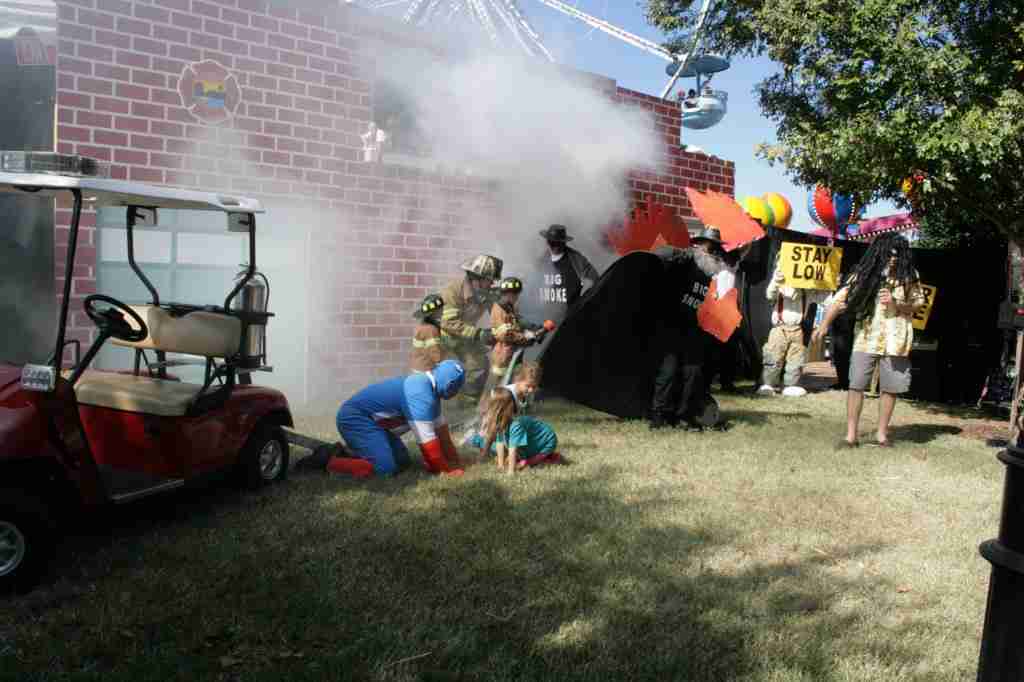 The Elizabeth City Fire Department encourages children to stay low, under the smoke, in this skit.