New assistant fair manager James Romer has developed many passions, from collecting rocks to horticulture and gardening. However, when it comes to his love for fairs, Romer said it just got into his blood as a child and has been there ever since.

“Some of the best days of my life have been spent at fairs,” Romer said. “In fact, I met my wife at a county fair in Iowa. Fairs are always going to be special to me.” 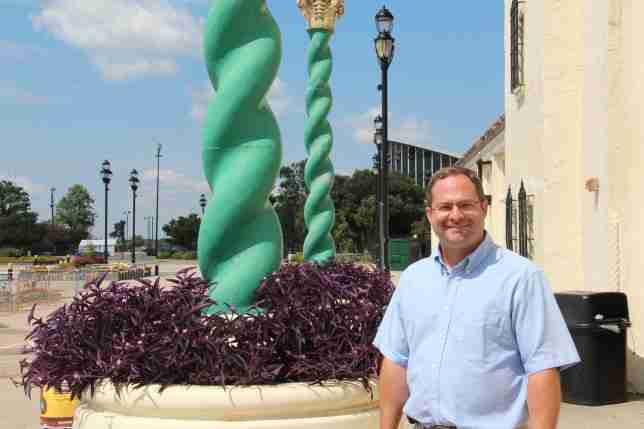 James Romer hails from Iowa but said he can’t wait to see the gates open to the N.C. State Fair’s this October. He said he’s excited to observe and learn a lot about the fair and its traditions.

Romer’s experience with fairs began with his parents who, in 1965, began raising and showing dahlias at local county fairs and at the Minnesota and Iowa state fairs. Romer said he enjoyed the experience of helping his parents exhibit at fairs and he later decided to get in on the action himself.

“I convinced my parents back in 1988 that there was too much yard in the backyard to mow,” Romer said. “So I needed to have my own patch of ground to raise dahlias on. That year I started out with 25 dahlias.”

Romer said the dahlias sparked his interest in horticulture and encouraged his educational and occupational pursuits. Romer went on to graduate from Iowa State University with a degree in horticulture and agriculture education. He then worked for the food and consumer safety bureau of the Iowa Department of Inspections and Appeals and served on the Iowa State Fair board for 14 fairs.

While working at the Iowa State Fair, Romer served on various committees including capital improvements, concessions and exhibits, and admissions and parking. During the actual fair Romer was also responsible for working with superintendents in the heritage and agriculture exhibits and the 4-H and FFA; and making sure any concerns were brought to the entire board for resolution.

Romer said he thinks fairs are a great opportunity to showcase the best offering of the state, giving people a chance to learn about state heritage and agriculture, while also having some fun. 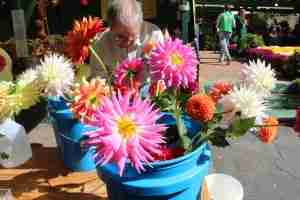 Romer will likely get to see dahlias at the N.C. State Fair Flower Show.

“I just love going to fairs,” Romer said. “And I like being able to do whatever I can do to help the fair succeed, so that other people have the opportunity to appreciate the fair as much as I have.”

As the N.C. State Fair has an excellent reputation as being one of the top fairs in the country, Romer said he is excited to bring his enthusiasm to the fair. He said that just in the short time he has been in Raleigh, he knows working at the N.C. State Fair is going to be a great experience.

“We have an incredible staff here,” Romer said. “Very dedicated to the fair and its well-being, and it’s just tremendous to get to work with people that have the same heart, the same passion that I do.”

Romer said he is interested in bringing his experience from Iowa fairs to the N.C. State Fair. He said he hopes to do a lot of observation of the fair and its management this year, and to come back next year with some ideas on how to help the fair continue to progress.

“With fairs it’s not like once you’ve seen one, you’ve seen them all,” Romer said. “While I’ve enjoyed every fair I’ve gone to, each one has a very different focus and an aspect that may work at a different fair and may not.”

Romer said he’s seen many pictures of the N.C. State Fair and that he is looking forward to helping however he can. He said that although he knows there is a lot of work to be done between now and opening day Oct. 15, he is excited for it.

And, there’s one other thing about being in North Carolina that Romer is happy about:

“There’s just a tremendous diversity of plants and vegetation that exists here,” Romer said. “I’m excited to get my hands dirty and plant something I’ve never had the opportunity to plant.”